House of the Dragon: Trailer for Game of Thrones prequel

HBO’s highly anticipated Game of Thrones spin-off House of the Dragon will finally land on screens later this month. Ahead of its release, actor Paddy Considine highlighted Ned Stark as he opened up about his role as King Viserys.

House of the Dragon will depict the times 200 years before the events in Game of Thrones when Viserys I Targaryen (played by Paddy Considine) ruled the Seven Kingdoms.

The fantasy drama will be the first spin-off from Game of Thrones and is the onscreen adaptation of George R R Martin’s novel, Fire & Blood.

With Viserys’ obsession with the Iron Throne, the show will tell the story of the civil war among the Targaryen family, which became known as the Dance of the Dragons.

It was a war for power and succession between Viserys’ brother Prince Daemon (Matt Smith) and his daughter Princess Rhaenyra (Emma D’Arcy). 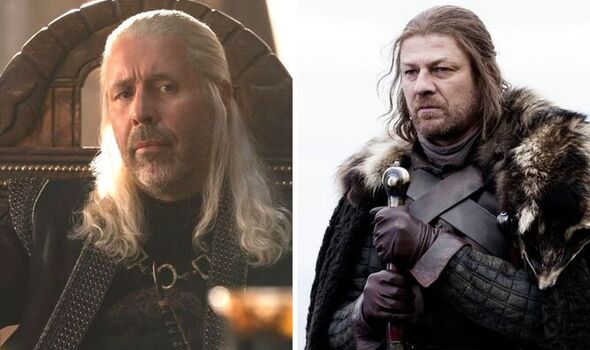 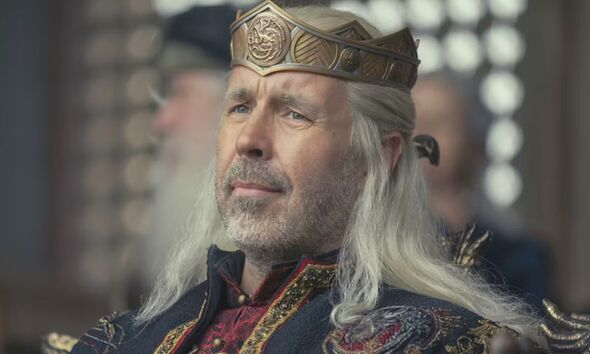 Although, Viserys’ reign began with peace viewers will see things soon take a turn for the worse as tensions boil over for the Iron Throne.

Speaking on his character, Paddy shared a nod at Lord Eddard ‘Ned’ Stark (Sean Bean) who was the Head of House Stark in Game of Thrones.

The actor reflected: “It’s funny, really, because Ned Stark – what Sean [Bean] did was sort of in my head when I played this, which is kind of weird.

“It was part of the makeup for me of Viserys,” Paddy told Screen Rant. 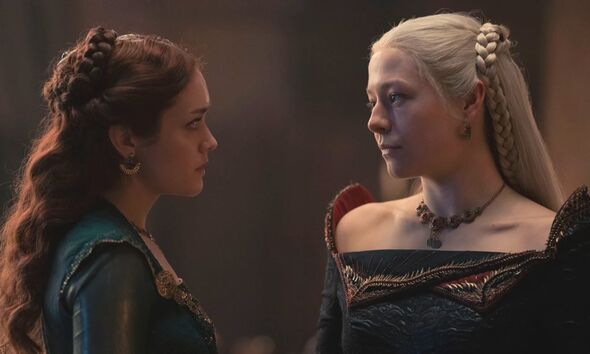 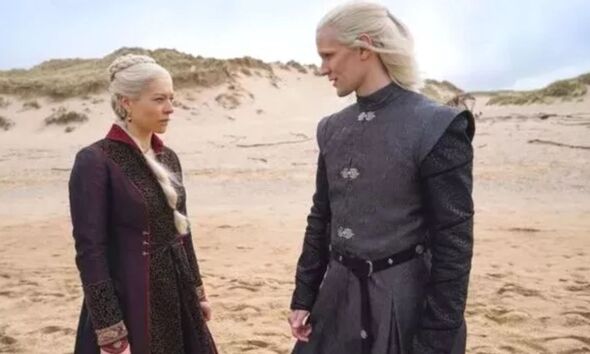 King Viserys is the grandson of King Jaehaerys who was also known as the great Conciliator, which made him the fifth heir to rule the Seven Kingdoms.

However, it was Viserys’ refusal to follow his grandfather’s rule which sparked the Targaryen civil war.

Naming Rhaenyra as the heir to the throne instead of Daemon went against his grandfather’s rule for a male-only succession.

With Daemon’s hunger for power fans will see him battle against Rhaenyra who was also a dragon rider and the oldest child of Viserys with his first wife Aemma Arryn.

Ahead of the premiere, Matt Smith also opened up about his character Daemon and revealed the role would annoy fans.

He stated: “Daemon is there to cause chaos and p**s people off because, simply, it entertains him.”

The Doctor Who star also provided insight into another feud.

Matt added: “Daemon and Otto loathe one another, they’re winding each other up.

“Needling one another and in the middle of it is Paddy, who plays Viserys.”

He told Empire: “They’re both vying for his attention and his love.”

As the House of the Dragon is a prequel none of the original stars from Game of Throne will make an appearance.

House of the Dragon will premiere in the US on HBO on Sunday, August 21, and then on Monday, August 22, on Sky Atlantic and NOW TV in the UK