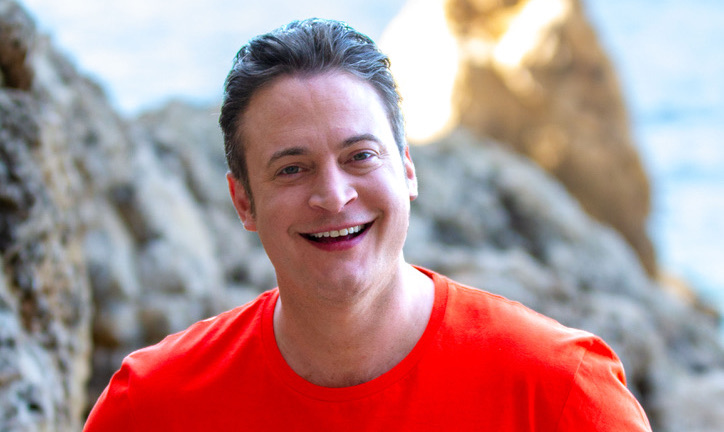 Hollyoaks fans had better stock up on the tissues, as Luke Morgan’s (Gary Lucy) final scenes are rapidly approaching.

Luke, as fans of the Channel 4 soap know, is battling Frontotemporal dementia, FTD, after being diagnosed over two years ago.

His behaviour has noticeably changed, and recent scenes have seen him act impulsively and show zero signs of remorse for his actions, which is a symptom of the condition.

Gary Lucy, who has played Luke on and off since 1999, has his own personal experiences with dementia, as his Nan has battled the illness for 12 years, something this largely inspired his character’s storyline.

‘We’ve done our best with [the storyline],’ the actor told Metro.co.uk. ‘I was able to sit in with a lot of the creative meetings, and it made me appreciate the seriousness and the responsible way that soaps treat these storylines.

‘They bring in a neurologist, who specialises in this condition, and families who have got parents or uncles going through – or have been through – this illness.’

Gary discussed the feedback the storyline has received, telling us that it the response has been overwhelmingly positive, particularly in relation to people who have had their own experiences of caring for a loved one with dementia.

‘This storyline was always going to be for everyone else,’ said the soap star, who also appeared in EastEnders.

‘It’s the family members around that watch this loved one deteriorate – you’re losing part of them all the time. It’s important to show that, because it’s those family members that this storyline will hopefully help.’

Luke, meanwhile, is will set off to Mallorca with his loved ones for one big final holiday ahead of his wedding to Cindy Cunningham (Stephanie Waring).

Cast and crew of the Channel 4 soap jetted off to film on-location in April, and the scenes will air in the coming weeks.

‘Luke wants one big trip, because he’s not sure how long he’s got left when he’s in the present,’ said Gary, describing his alter-ego’s thoughts on the holiday.

Despite happy times while abroad, however, Luke will sadly die in upcoming scenes. Gary, 40, has already wrapped filming on the show, something which he found extremely ’emotional’.

‘So many people said: “this is our last scene together”, and they’d get emotional and upset,’ he reflected. ‘I’d be like: “Don’t! I’ve got another [scene] yet,’ I can’t keep going through this emotional rollercoaster, because it’s killing me!”

‘When you’re working as closely as we all are, you’re all there for people’s ups and downs – in their personal life as well as during filming. I’ve got four kids, put it that way, since being on Hollyoaks. They’re a wonderful group of people, and I’ve made friends which I hope will be for life!’.

Luke’s fiancée Cindy, as fans know, is setting in motion their wedding in episodes currently transmitting, but she’s aware that she’s running out of time.

In March, Tony Hutchinson (Nick Pickard) arranged a get-together with the old gang in The Dog, and Zara (Kelly Condron) toasted to Cindy, referring to the day that she will marry Luke.

The celebrations were in full flow, but a dark flashforward scene took us by surprise, as Ollie (Gabriel Clarke) watched back the footage he recorded from the day in question.

Dressed in funeral attire, he struggled to hold back tears, as he headed into the kitchen where a coffin came into view.

A funeral booklet could be seen in his hand, which implies that Luke’s funeral service will take place on the very day he was due to marry Cindy.