The host wore attire with the words "Paris by night", but some fans thought it looked like something totally different. 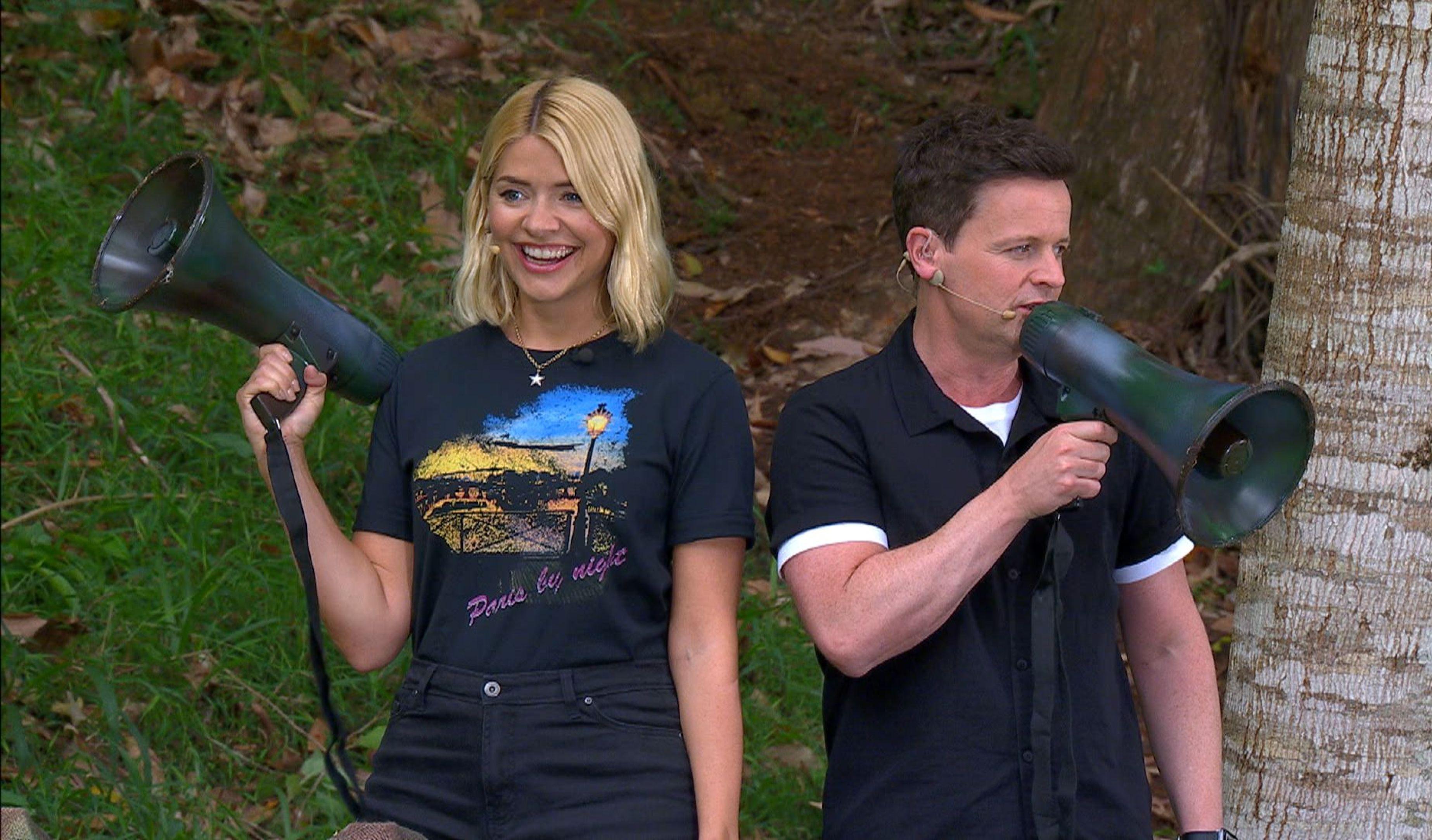 Looking chic but casual in shorts and a top, the wording caught people's attention on the penultimate night of the hit ITV show.

Underneath the image of the streets of Paris, the phrase "Paris by night" was written in decorative handwriting, which at first glance was difficult to read.

While someone else was more certain, saying: “Holly’s top says penis by night #ImACeleb." 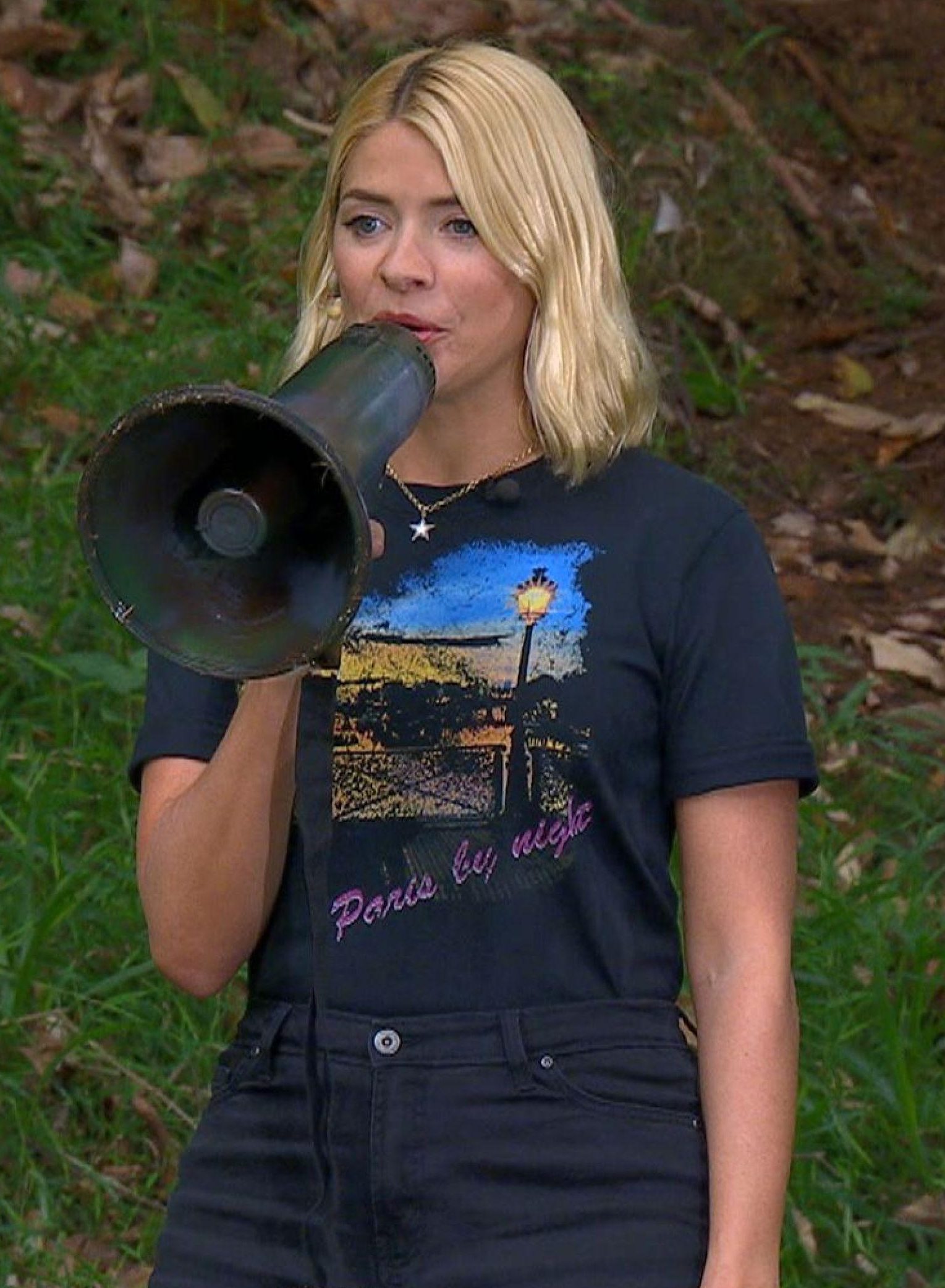 Another added: “I realise that @hollywills top says Paris at Night but it definitely looks like Penis at Night in that font! #ImACeleb."

Someone else said: “Genuinely though Holly’s t-shirt said “Penis by night” for a second #ImACeleb."

Despite this small fashion blunder, Holly has been looking fab-u-lous this series, as John Barrowman would say.

The blonde beauty was nervous to fill in for pal Ant McPartlin following his drink-drive conviction, but she's become a firm fan favourite. 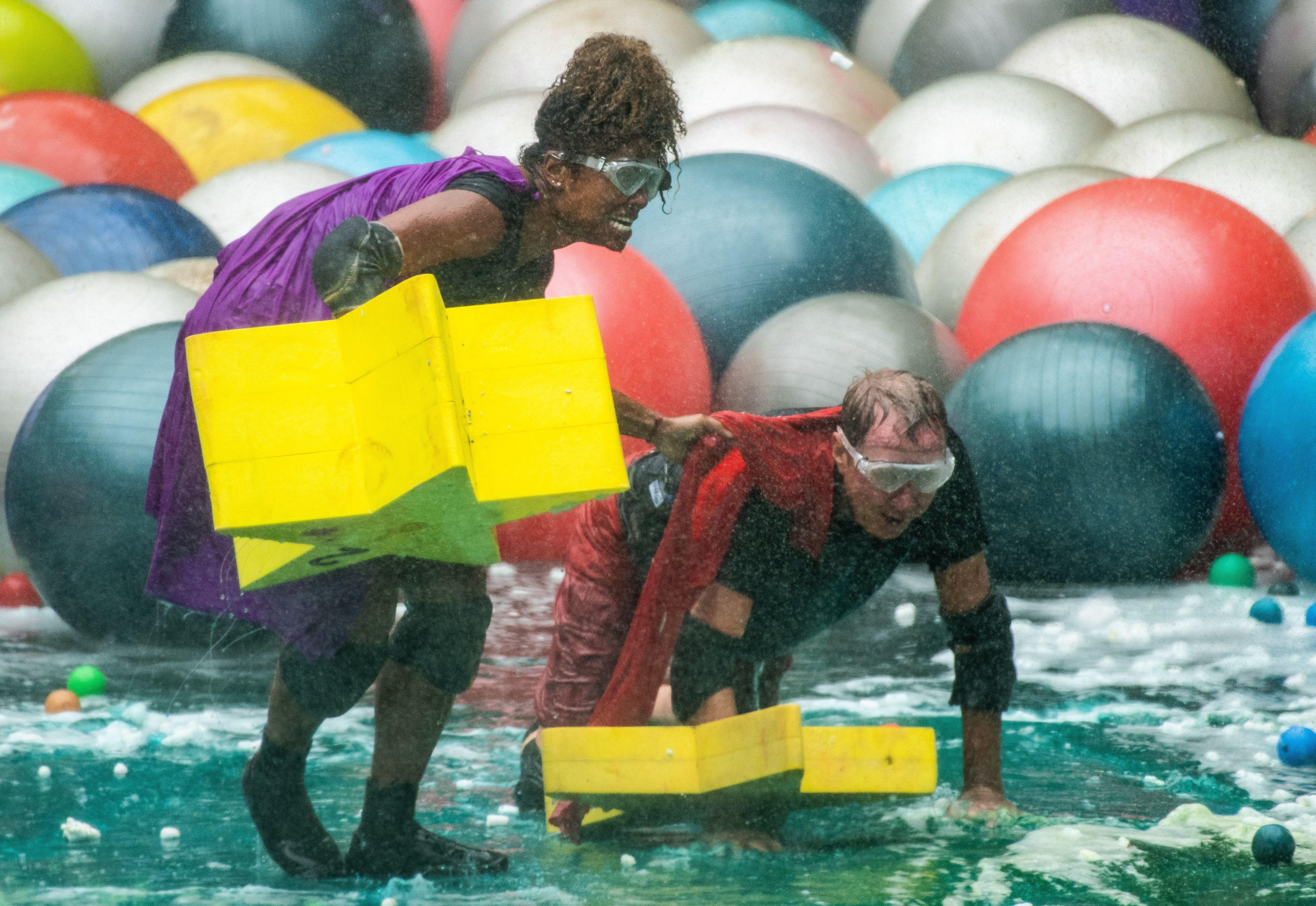 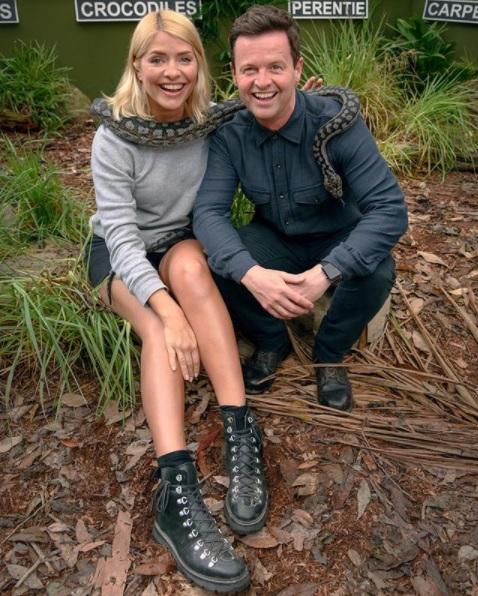 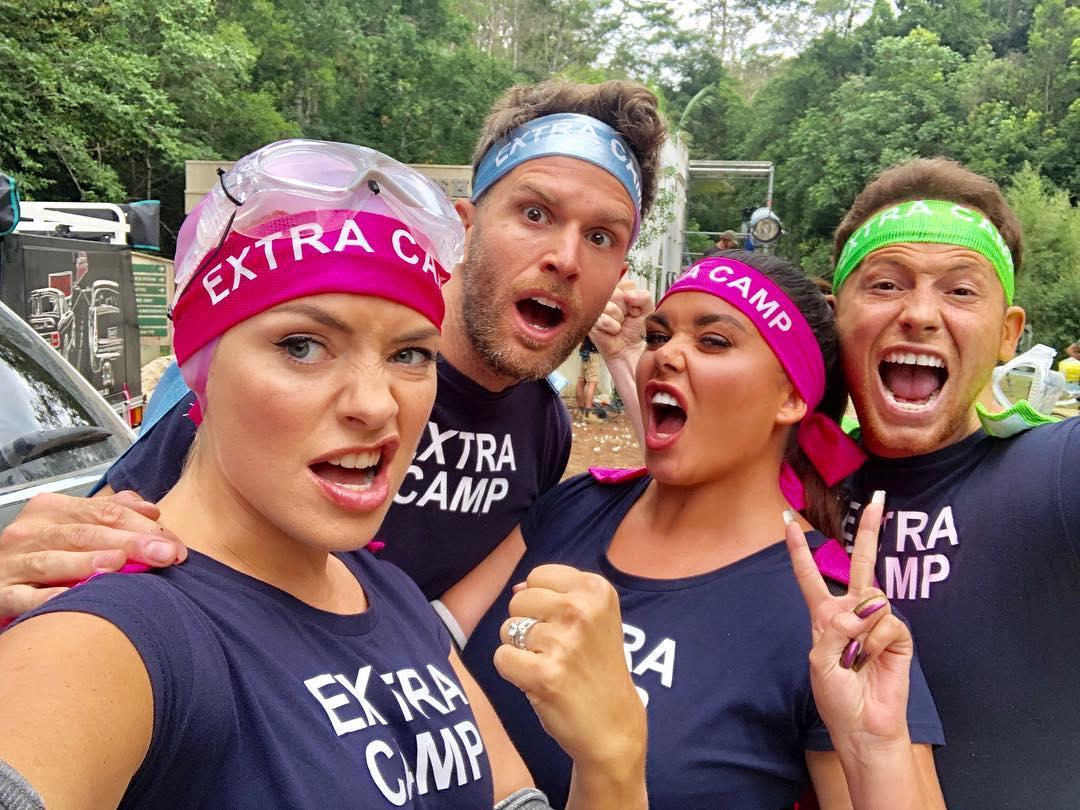 In the last year Holly has gone from being a curvaceous presenter known by the nickname Holly Will-a-booby.

But after putting herself on a strict diet and exercise regime, fans of the This Morning host have noticed her shrinking frame.

The Sun Online revealed her exercise routine that helps keep her in top shape, including kickboxing which is great for burning fat, toning muscles and heart health.

Embracing her jungle experience, Holly posted a snap of her bravely posing with a huge snake wrapped around her neck.

She also took on the Celebrity Cyclone challenge herself with Extra Camp presenters Scarlett Moffatt, Joel Dommett and Joe Swash.