The 37-year-old squealed and started trying to knock the critters off her body as Declan Donnelly tried to hold in his laughter. 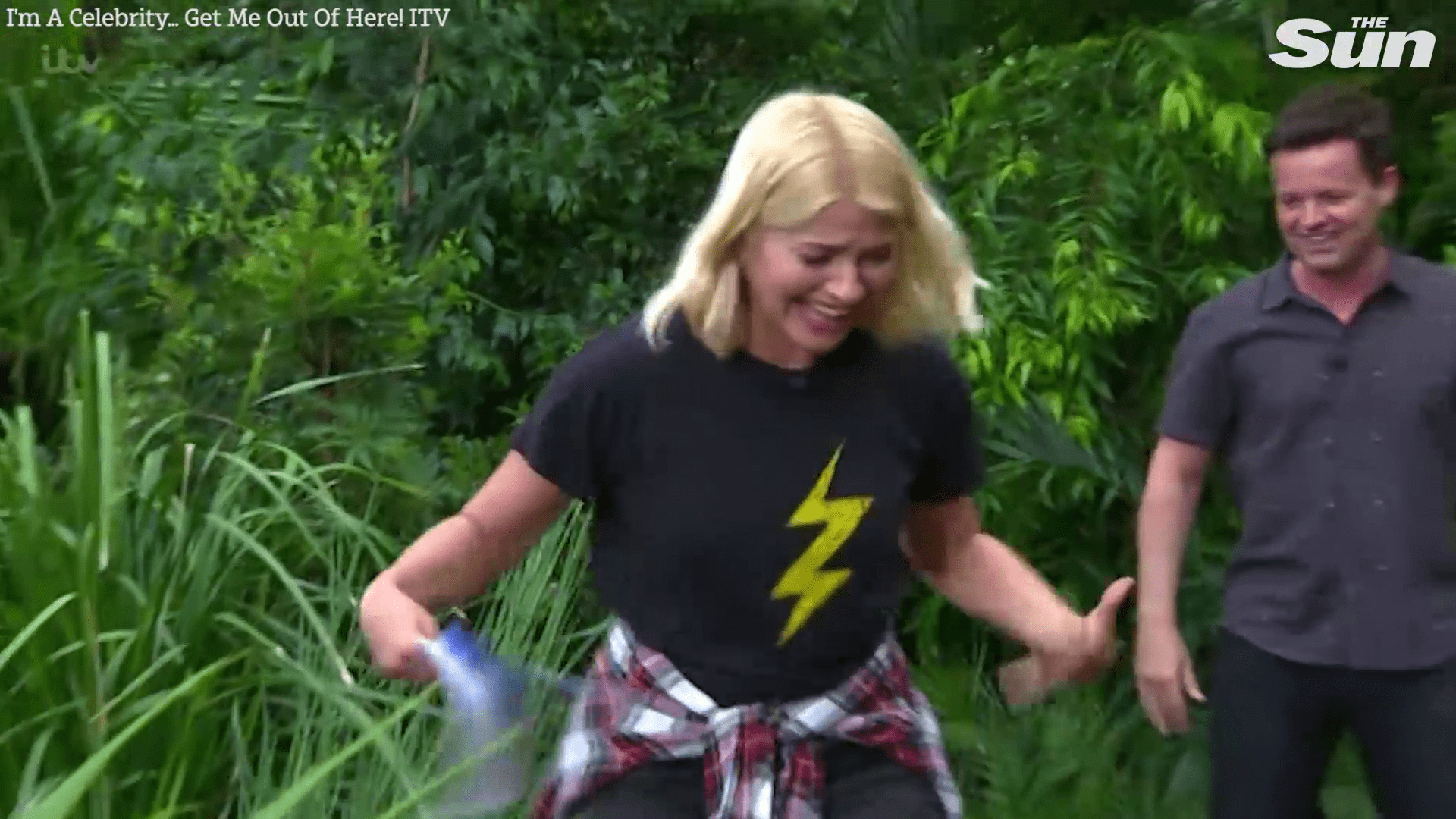 Holly has made no secret of how little she enjoys being around insects and her reaction to some of this year’s trials have gone viral.

Tonight was hailed a “classic” by fans as Holly was ended up shouting in fear and running around in circles to try and shake the insects off.

She had tried to help knock some of the crickets and meal worms off Emily before realising they were crawling on her body.

Dec tried to hide his mirth as he watched Holly desperately trying to bat the insects off her. After she calmed down, Holly then ran over to Dec and put her arms over his shoulders in an attempt to put some distance between herself and the critters.

Fans at home couldn’t stop laughing, with one writing: “Watching Holly freak out has been a highlight #imaceleb.”

Another said: “Holly is reacting worse than the celebrities r u sure it's them doing the trial!”

While a third told their followers: “Holly is the real Winner! She has been a revelation!” 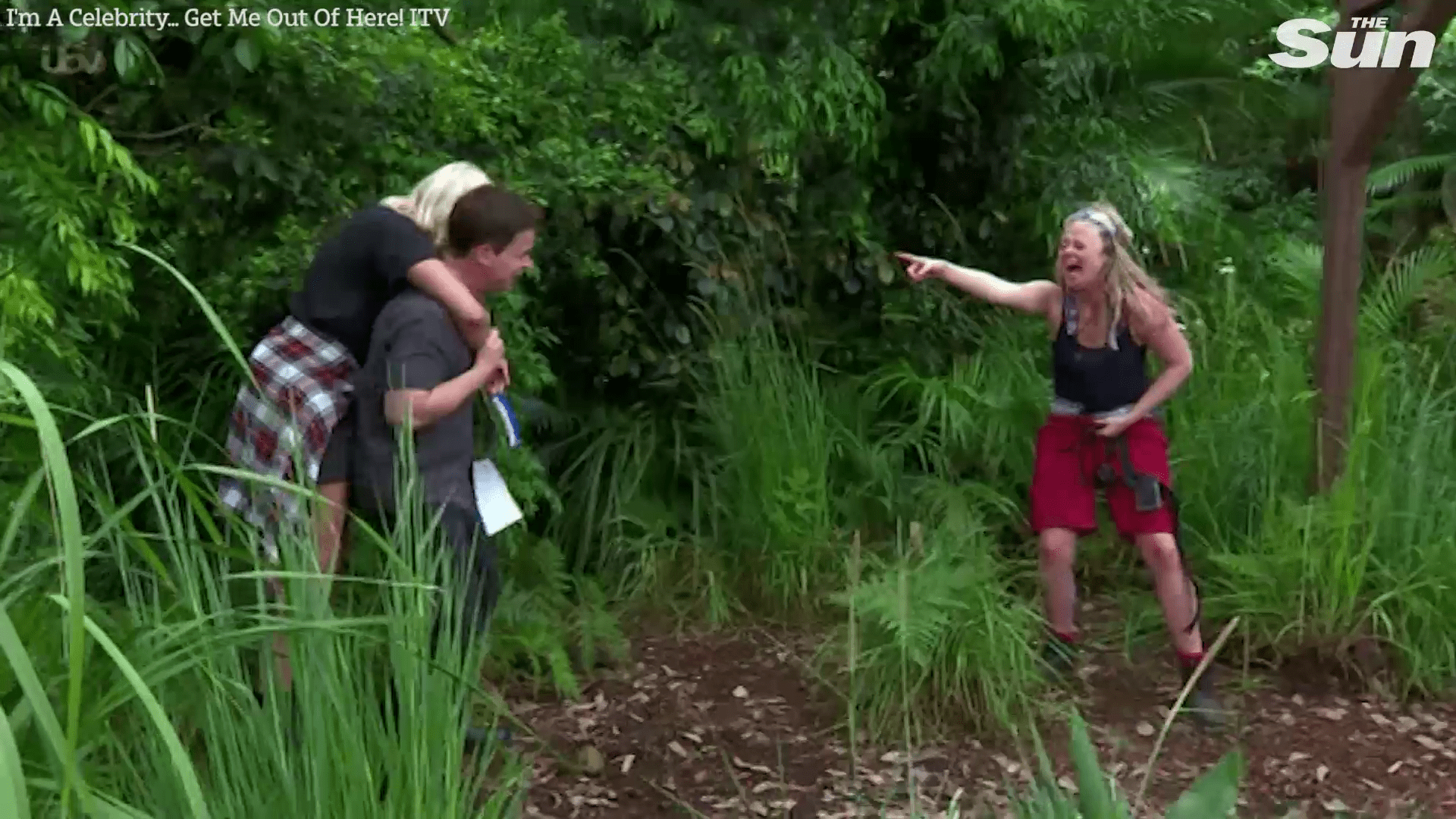 Tonight fans will find out whether Emily Atack or Harry Redknapp has been crowned King or Queen of the jungle.

John Barrowman finished in third place and burst into tears during his final interview on the show.

The I'm A Celebrity final continues tonight on ITV.