Holly Willoughby appeared to become overcome with emotion on This Morning after hearing the story of a four-year-old child who was found alive after going missing for weeks.

In a case that has horrified the nation in Australia, Cleo Smith disappeared with her sleeping bag on the second day of a family camping trip at the Blowhole Campground, 47 miles from her family home.

Following a huge search, which included the state government putting up a $1million (£546,000) reward for information, a team from Western Australia found Cleo inside a room in a locked house after carrying out a raid in the early hours of Wednesday morning. A 36-year-old man has been arrested.

On Wednesday’s edition of This Morning, Holly and Phillip Schofield spoke to a reporter from Channel Seven based in Western Australia about the case.

The reporter spoke about the ‘miracle unfolding in Australia’, explaining how the police officers managed to find the young girl after going ‘without a lead for three weeks’.

He explained that the man suspected of being involved in Cleo’s disappearance is soon set to face charges. 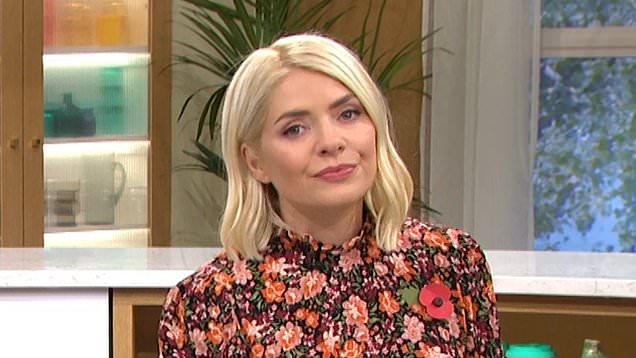 ‘One thing they said at the start of this entire saga is they said, “Cleo is strong, she will be able to get through this.” They always believed that she would be found alive. Now their belief, their bravery, and Cleo’s as well, has been rewarded,’ the reporter said.

‘Thank goodness for a happy ending. We all need some good news and that really is fabulous to hear,’ Phillip commented.

As Phillip made his final remarks on the story, Holly could be heard saying ‘oh god’ from the ITV studio.

As the camera cut back to This Morning co-hosts, Holly could be taking a deep breath and blinking rapidly, as she was seen composing herself after experiencing an emotional reaction to the case.

Several This Morning viewers expressed their relief over Cleo being found, with one tweeting: ‘Thank god little Cleo Smith was found safe & well,’ and another writing: ‘Lovely happy ending with little Cleo.’