The 37-year-old was made an extra special martini by Denis Lawson, as he appeared on the show alongside Art co-stars Nigel Havers and Stephen Tompkinson – and later admitted it had gone to her head. 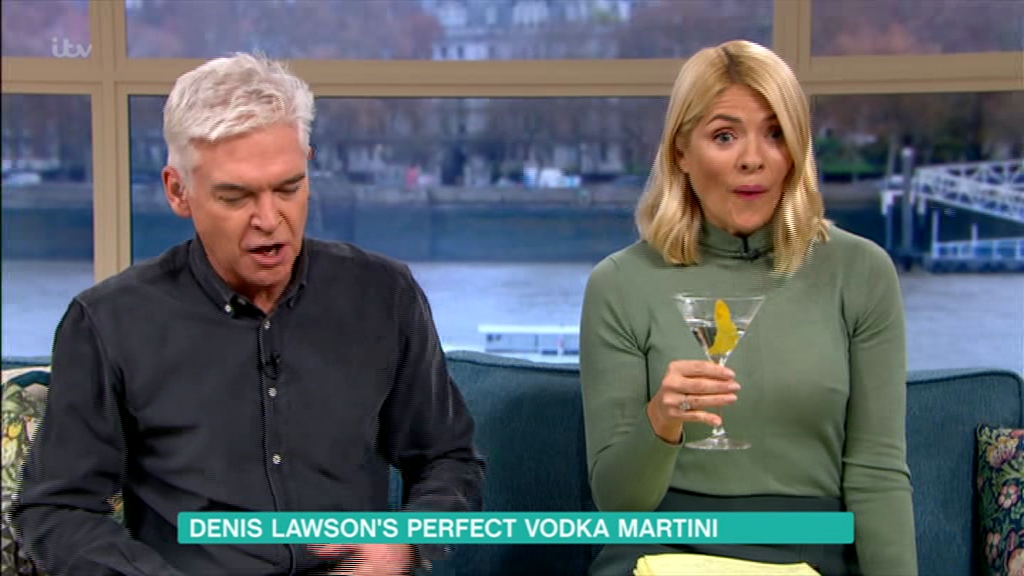 The presenter and her co-star Phillip Schofield looked gobsmacked as he poured straight vodka into a glass and garnished it with a piece of lemon.

Holly wasted no time in getting stuck in and starting sipping the cocktail during the interview.

She later seemed to find things very funny as they discussed gritting roads and she got the giggles as she declared ‘grit just got real’.

Denis, who made the lethal drinks, revealed the secret behind the drink, telling the hosts:  “Within five minutes of the curtain coming down, I have changed and made three vodka martinis. We sit down together and have a little cheese straw and martinis. 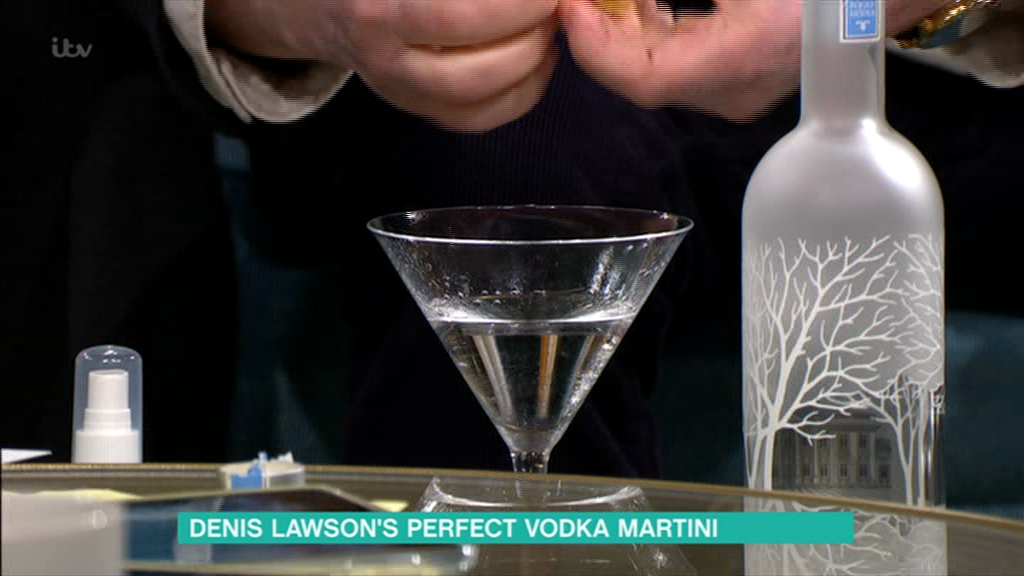 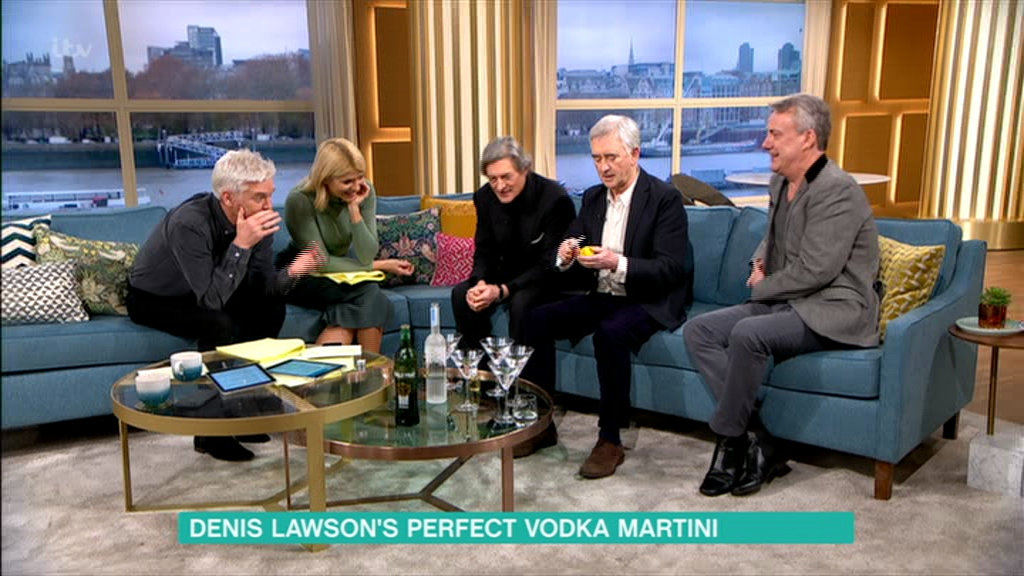 “We have a deep freeze, there is no ice involved. I learnt to make my martinis from a fabulous man – who is the head barman at Duke’s Hotel in London. He makes the best martinis in London.”

He then proceeded to spray a glass with noilly prat before adding a lot of the frozen vodka – using up three quarters of the bottle for just four drinks.

As the show wrapped up, Phillip declared: "That vodka has gone to my head" and Holly aggreed: "And mine!" 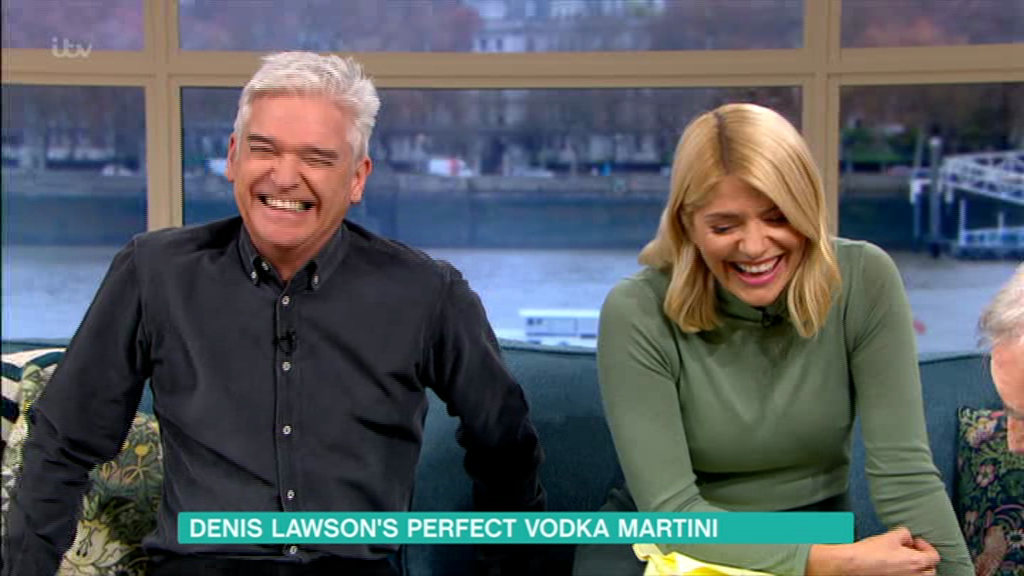 Earlier in the episode Holly had viewers in hysterics as she accidently said Soap gusset rather than Soap gossip.

One person joked: “@thismorning does Holly have an obsession with the lower part of the body??? Her bloopers include “willy wangling” and now “soap gusset” #onetrackmind @hollywills @Schofe.”