HOLLY Willoughby and Philip Schofield were left cringing with embarrassment as Gino D'Acampo makes a hysterical slip up on live TV.

The celebrity chef was trying to describe a pregnant lady – and said 'up the muff' instead. 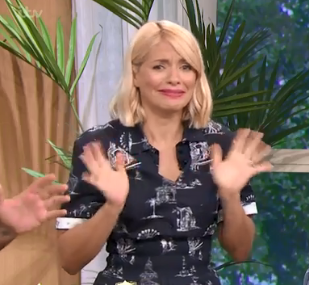 During his cooking segment, the motormouth made one of his comedy faux pas – like the time he mispronounced the word lesbian and said 'lesbican'.

Today he began with not remembering the phrase 'up the duff' and said: "Viewers at home, if you are…"

Philip finished his sentence off for him and said: "Pregnant."

Gino corrected him: "I was going to say something else but I never remember what it is…" 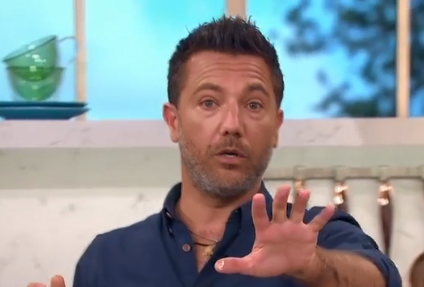 Phil carried on: "Up the – fluff? Is what you normally say."

Gino then went on: "I was going to say up the muff but that is completely wrong.

"Although technically it's right, it's wrong to say." 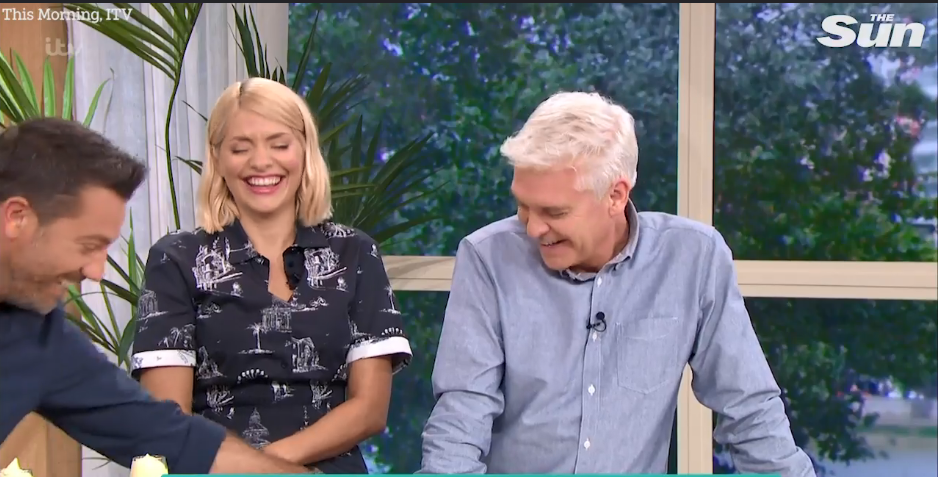 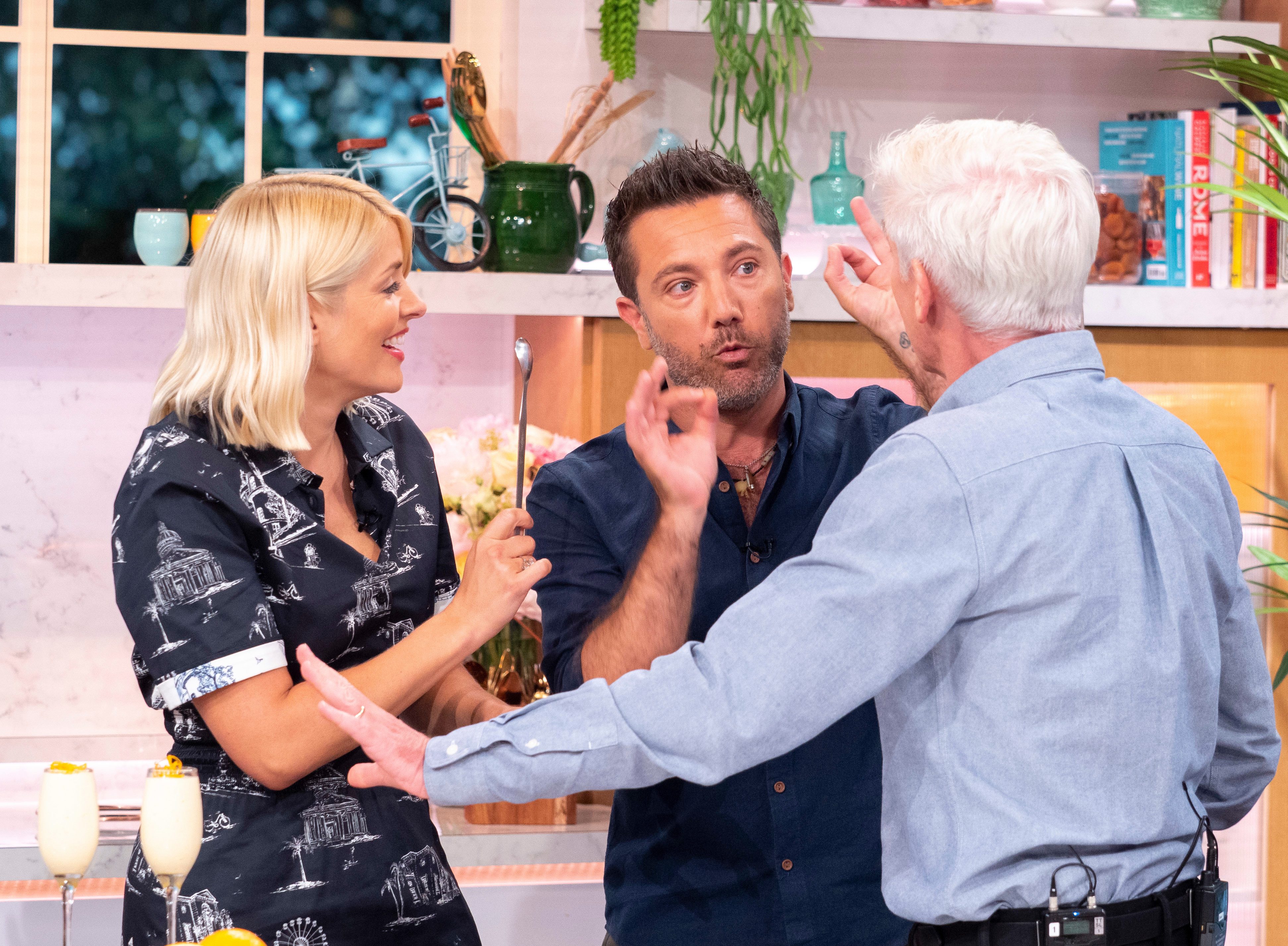 Gino went on to target Phil and said: "Go on. Apologise. I know you want to apologise on my behalf."

But Phil wasn't biting. He continued: "No, no, no, I'm not going to. There's nothing to apologise for because that was scientifically correct."

Instead of letting it drop, Gino badgered them: "See, this is what I mean. What's a duff? Someone needs to tell me."

The presenters cried: "No! You're making it worse."

But Gino was keen to continue and said: "Someone needs to tell me what is a duff."

Phil and Holly then both explained: "What's a duff? It's the beat at the end of EastEnders."

The trio had already been bickering on the show.

Earlier on the programme, the TV chef kept trying to talk over the presenters as they played instruments for a special Armed Forces Day performance.

When he wouldn't be quiet, the blonde presenter proceeded to try and 'shut' the chef up before joking that she'd put his head in between her cymbals.