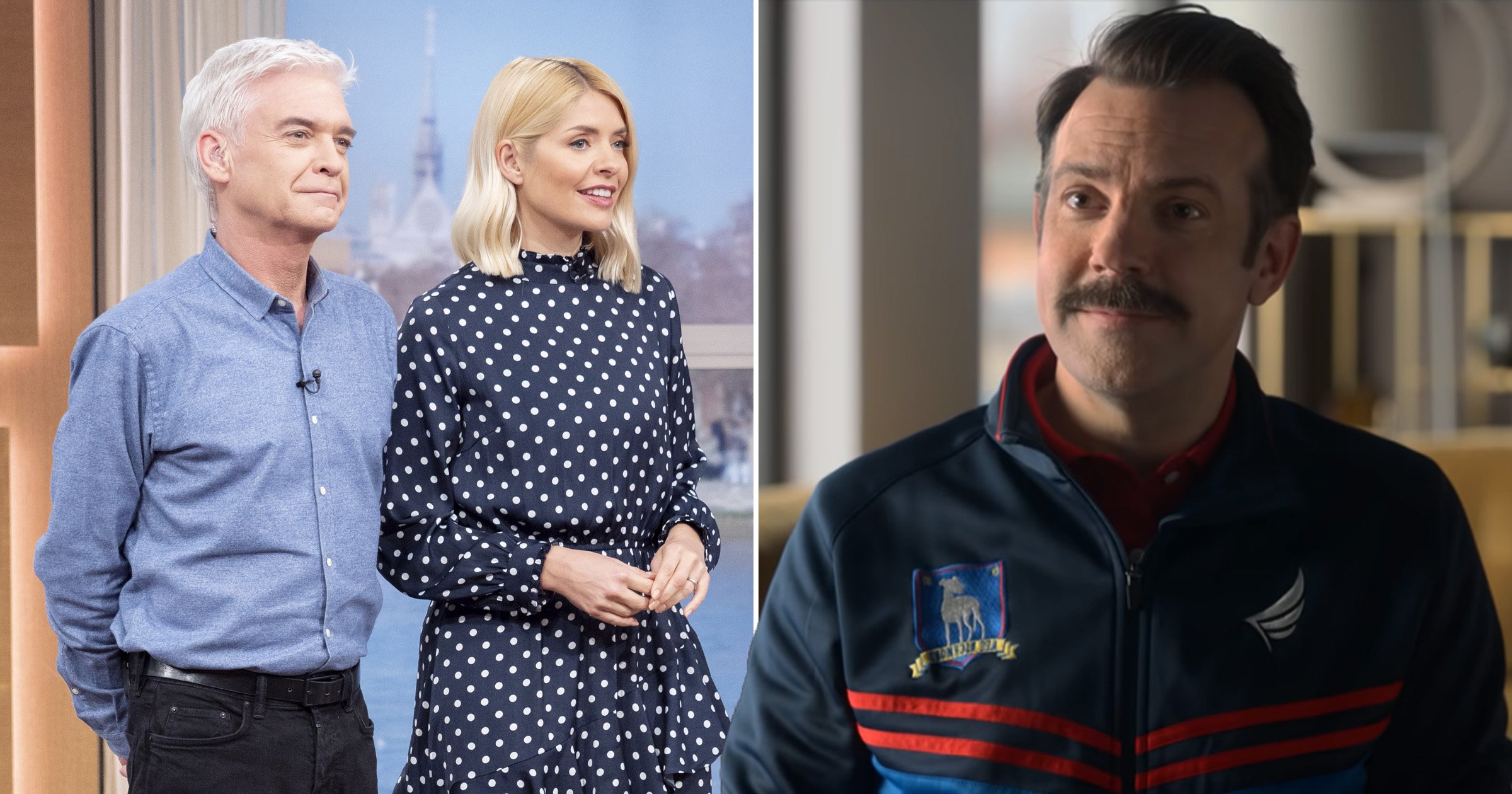 The worlds of British pop culture and American TV have continued to collide in Ted Lasso, as several familiar faces, including Holly Willoughby and Phillip Schofield, make surprise cameos in the Jason Sudeikis–led hit comedy.

The show has become a smash hit thanks to the heart at its core, with this week’s episode serving up several cameos that have left fans ‘screaming’.

In the second episode of Ted Lasso’s new season, it’s revealed that former Richmond player Jamie Tartt (Phil Dunster), who moved to Manchester City, has decided to give reality TV a spin by starring on Lust Conquers All, an homage to Love Island.

Not only does singer Fleur East appear as the host of the fictional dating programme, but after he’s eliminated from the competition, he makes an appearance on This Morning, chatting to Holly and Phillip about his time on the reality series and his football career.

‘As an obsessive viewer of that one video where they can’t stop laughing, I SCREAMED when Holly and Phillip showed up on #TedLasso,’ one person tweeted.

‘Not Holly and Phillip making an appearance to interview Jamie,’ someone else said in shock.

Another person said that they reckon Holly and Phillip will be ‘buzzing to talk about their cameo’, also adding that their jaw was ‘on the floor’ by the big reveal.