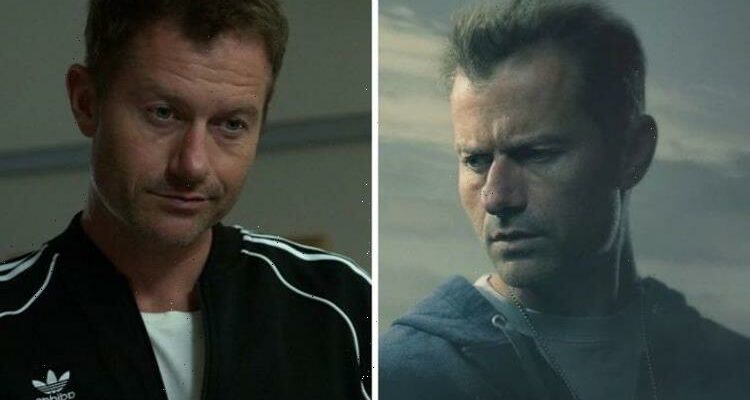 Hightown season two is set to be released on October 17 on Starz. Picking up directly from the events seen in season one, Detective Ray Abruzzo (played by James Badge Dale) comes with a new set of problems. Season one left a lot about the character open to interpretation, but Express.co.uk recently sat down with Dale to discuss what is happening with Ray in season two.

Throughout season one of Hightown, fans were drip-fed information about Ray Abruzzo.

As a detective in Provincetown, Massachusetts, he quickly becomes involved in the main case spanning the first season.

This puts him into contact with the rest of the cast, most noticeably Jackie Quinones (Monica Raymund), a young woman struggling with addiction.

She was the one who found a dead body, in turn catapulting the plot which spans the first season and stretches into the second.

At the end of season one, Ray was stripped of his badge and gun, losing his position in the police force.

As the only aspect of his life that was giving him focus, Ray is not in a good position heading into season two.

Speaking to Express.co.uk, Dale detailed Ray’s emotional state in season two and teased the arc fans should expect throughout it.

“He’s not in a great place,” Dale explained. “He might think he’s on the up and up though.

“But I don’t think it’s a secret that Ray is on a pretty downward trajectory.”

Despite this, fans can expect to learn a lot more about Ray in season two, particularly his backstory and his previous family.

Throughout the first season, viewers are given hints about Ray’s past, though it is never fully explored.

The second season will be diving deeper into the events which made Ray the way that he is, and what has caused him to reach the low point he is at in season two.

However, the star did admit most of Ray’s backstory is still a mystery to him, as he and the audience discover his past simultaneously.

Dale added: “I’m excited to see what happens with Ray and his family because it is unclear to me also.

“The thing about TV is Rebecca Cutter could come up to me an episode later and say, ‘Hey, this is what’s happening.’

“I’ll be like, ‘Oh I didn’t know any of that,’ so it’s this constant evolution throughout.”

The showrunner of the series, Rebecca Perry Cutter, is also known for Gotham and The Mentalist and is the writer behind both seasons one and two of Hightown.

Hightown season two premieres October 17 on Stars in the USA. The second season will drop the same day on StarzPlay on Amazon Prime in the UK.