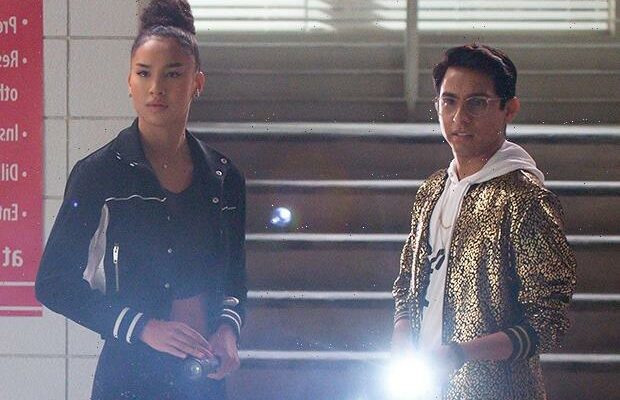 The students of East High might want to save some of their drama for the actual production.

TVLine has an exclusive sneak peek from Friday’s episode of High School Musical: The Musical: The Series (Disney+), and it looks like tensions are finally mounting between Beauty and the Beast co-choreographers Carlos and Gina. (Real talk: Did anyone think that partnership wouldn’t go down in flames?)

“I’m not yelling!” Carlos begins. “I’m saying — with passion — that the song is called ‘Be Our Guest,’ not ‘Be Babette the Feather Duster’s Guest.’”

Naturally, Gina isn’t having any of it. “Why don’t you just choreograph the whole show yourself and we’ll call it a day?” she suggests.

In addition to Gina and Carlos’ verbal smackdown, here are the other developments we can expect from Friday’s episode, per the official Disney+ synopsis: “When a blizzard barrels down on Salt Lake City, the Wildcats are stranded at East High after hours, just as E.J. receives some bad news. As cabin fever sets in, Miss Jenn inspires Nini to make a bold choice about her future, and Kourtney’s coworker Howie makes a surprising move.”

“Bad news” for E.J., you say? Showrunner Tim Federle did tell us that Matt Cornett’s character gets “humbled in some places” this season, so our money’s on him not getting into Duke. You know, that thing he’s mentioned a few (hundred) times.

Hit PLAY on the video above for your first look at this week’s backstage fireworks, then drop a comment with your thoughts on all things HSM:TM:TS below.