Contemporary iPhones can shoot at 4K resolution, but that doesn’t mean its camera optics are on par with professional cameras used for filmmaking. In particular, the iPhone’s limitations are noticeable in wide shots wide with great depth of field and shots with a wide dynamic range of light.

It’s for this reason that Steven Soderbergh’s iPhone shot “Unsane” — a B-movie thriller set inside a psychiatric hospital — was well-suited to be shot on the iPhone: The claustrophobic film was shot in tight interior spaces, in which the direct/cinematographer was aiming for the ’70s gritty 16mm look of a “Texas Chainsaw Massacre.”

For his new film for Netflix, “High Flying Bird,” the iPhone-obsessed Soderbergh said he was going for something quite different.

“I wanted to shoot anamorphic, and have a much cleaner sort of presentation,” said Soderbergh in an interview with IndieWire. “Much slicker, much more of a kind of normal look [in comparison to “Unsane”].”

Soderbergh wanted to put the viewer in the position of a young NBA first-round draft pick (Melvin Gregg), his agent (André Holland) and his former assistant (Zazie Beetz), as they traversed the glass world of Manhattan’s West Side and the power brokers who control the game. In other words, the appearance of wealth is what guide the look of “High Flying Bird” — which is not something one would think to shoot on an $800 smartphone.

But Soderbergh said the challenge was gaining access to real-life locations that embodied an affluent world, while for a small, nimble production, Soderbergh felt the advantages of the iPhone outweighed the image fidelity of an ARRI or RED cameras that cost a hundred times more.

“The iPhone still seemed to me a pretty natural fit for that approach,” said Soderbergh. “It still is, in my mind, in terms of the scale of it, the speed that was necessary to execute it, in the time we had allotted.”

For Soderbergh, it was all about the iPhone’s size — specifically the ability to get the shot he wants in tight quarters. In “Unsane” when space got particularly tight, he would just tape the iPhone to the wall to get the frame he wanted.

“I could point out many shots in ‘High Flying Bird’ where using a more traditional approach with normal-size cameras would have been extremely difficult, if not impossible, to do,” said Soderbergh. “To get the lens where I want, or to be moving in a way that I want to move and, you know, have the camera reach multiple destinations without either somebody getting hurt, or the shot being compromised because of the size of the equipment. So, it seemed like a natural fit to me.”

Soderbergh points to the shot in “High Flying Bird” where the camera leads Holland and Beetz’s characters off the elevator and down an office corridor, before all three break in different directions. 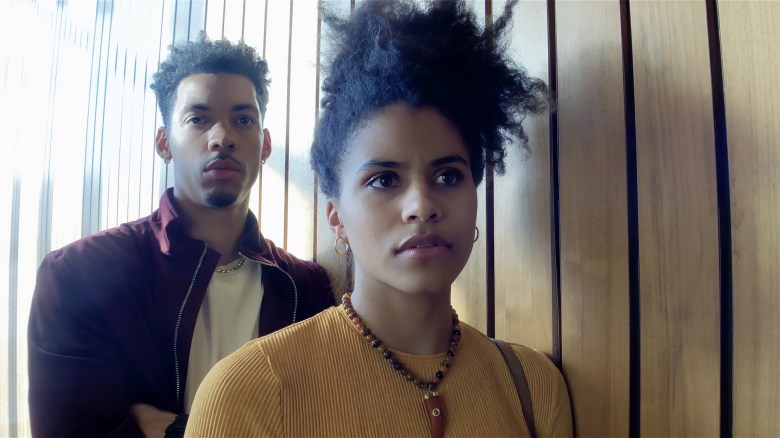 “We’re in a very narrow path, we’re moving very quickly, and then as they sort of peel off from us, we sort of move away from them, and he goes into his office, and the camera sort of retreats,” said Soderbergh.”With a normal size dolly, which weighs 350 pounds, that becomes dangerous, potentially. Like, somebody could get hurt. And being able to take the corner to start to separate from them the way that we did… we could have been there for hours.”

Instead, Soderbergh sat in a wheelchair, holding the iPhone using a six-inch, $200 stabilizer (the DJI Osmo), his hand/arm functioning like mini-crane. It’s an image more evocative of undergrad student filmmaker than an Oscar-winning director with 30 features under his belt. And yet it’s an aesthetic decision completely consistent with the trajectory of Soderbergh’s career, especially since he permanently took over cinematography duties on his films under the alias Peter Andrews (his father’s first and middle name) in 2000.

“‘I don’t want to wait on the tool, the tool should wait on me,’” said Soderbergh, quoting Orson Welles. “I get very frustrated when it takes a long time to execute it. Like, as soon as I feel it, I want to shoot it. And so, that’s one of the biggest benefits of this method — the time from the idea to seeing an iteration of it is incredibly short, like, a minute, like, maybe less. For me, the energy that that creates on set, and I think on screen, is huge.”

Soderbergh’s lighting package, iPhone-shot or not, has been stripped down to a 12-inch by 12-inch LED panel in recent years. And while he can appreciate a stylish masterpiece by cinematographer extraordinaire Vittorio Storaro, or the need for some stories have for a hyper-stylized look or effect, he has grown increasingly skeptical of that approach to filmmaking. 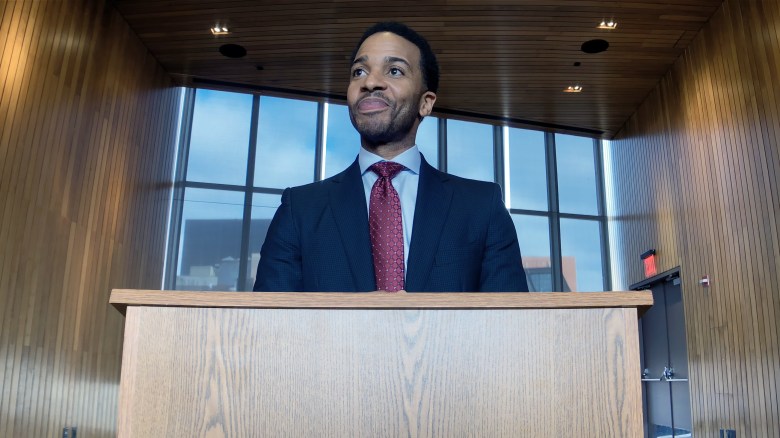 In the nearly two decades in which he has served as his own cinematographer, Soderbergh has embraced rough and imperfect images – letting something be ugly because that’s the way it is in real-life. In post-production, he will often forgo having a technician try to stabilize a shaky shot.

That’s a marked contrast to his friend David Fincher, whom Soderbergh has visited during the DI (digital intermediate) phase of post-production. Soderbergh found that Fincher’s desire to highlight various aspects of the frame that he wanted to clarify was a big change from his own approach.

“[Fincher] had the laser pointer out and after about five minutes I was like oh, man. It’s got to be hard to see all the things that he sees, you know what I mean?,” said Soderbergh. “When I’m looking at it, I’m taking in sort of the gestalt of the thing, and I’m not really staring at the edges, wondering if I should do a power window to bring that down a quarter of a stop. Like, that’s just not how I work.”

Which is why there was one problematic aspect of shooting with the iPhone that Soderbergh felt was inexcusable. Like other filmmakers, “High Flying Bird” was shot using the Filmic Pro App, which bypasses the consumer auto controls of the iPhone’s camera app, allowing cinematographers to control and lock into a specific shutter speed and ISO. But it can’t override – and the app developers have tried to work with Apple on this – is the way the camera’s sensor adjusts, mid-shot, to changes in light.

“If somebody walks past a window, or you pan through a light, it, even though it’s supposed to be frozen, [the sensor] responds. What makes it even worse is it’s not the entire frame that responds, it’s pieces of the frame,” said Soderbergh. “I spoke to Apple about it, and explained to them they have to address it if they’re really serious about people using these things to make movies going forward.” 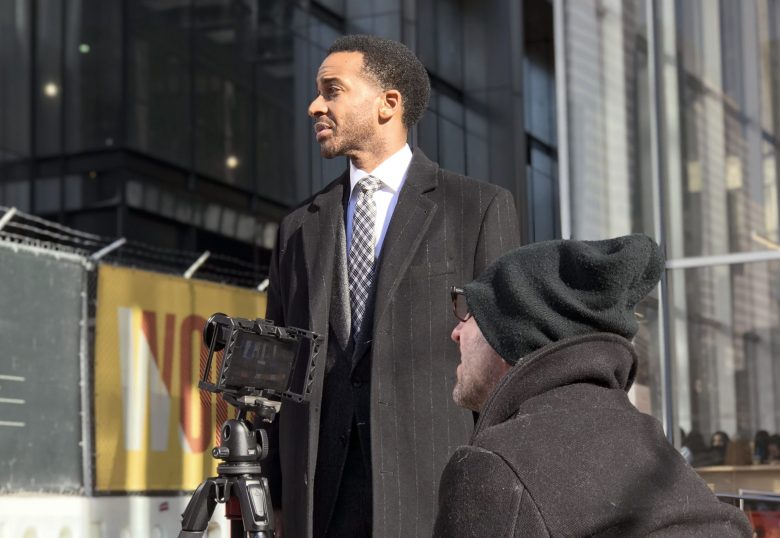 The irony, which hasn’t escaped Soderbergh, is that fixing the problem means countless hours in the DI, using power windows to go in and fix pieces of individual frames — which is the antithesis of why he chose the iPhone.

“I thought about documenting how many hours it took in the DI, and what that cost, and sending Apple a bill, going, ‘You guys should cover this. Like, you know, this isn’t my fault,’” he said. “But I didn’t do that.”

Instead, Soderbergh is looking forward to possibilities that professional camera companies have in the pipeline.

“I’m hoping this year we’re now going to see a kind of combination of a capture device that’s certainly not much bigger than your Zoom recorder [the Zoom H6] with a full-sized sensor,” said Soderbergh. “I know RED’s doing that with the Hydrogen and I’m sure they won’t be alone. But that, to me, is really going to be something, because now I can put the lens anywhere I want, and I have selective focus, and I can do all those things that I like to do. So, to me, it’s exciting as hell.”