Meghan and Harry need to ‘pipe down’ says Piers Morgan

Piers Morgan, 56, has always made his views on the Duke and Duchess of Sussex very clear and their interview with Oprah Winfrey, 67, earlier this year led to his subsequent exit from Good Morning Britain. Prince Harry, 36, and Meghan Markle, 39, have also been as clear about their relationship with the media, stipulating they want the press to understand their right to a private life. However, appearing on American network Fox News via a video call, Piers once again launched a scathing attack on the father-of-two.

The outburst by the outspoken journalist came when he started talking about the first amendment Americans follow.

This legislation ingrained within the American constitution is in place to ensure there is freedom of speech and press.

Piers explained how the UK compares to the US on this, stating: “It’s very difficult. We are government regulated.

“There is a regulatory body called Ofcom whose only job it is to basically boss around people on the airwaves and tell us what we can and can’t say.

“Very different to what happens in the United States – you’re covered by the first amendment,” the broadcaster remarked. 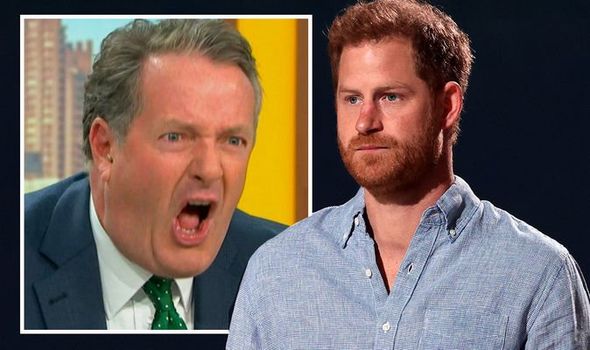 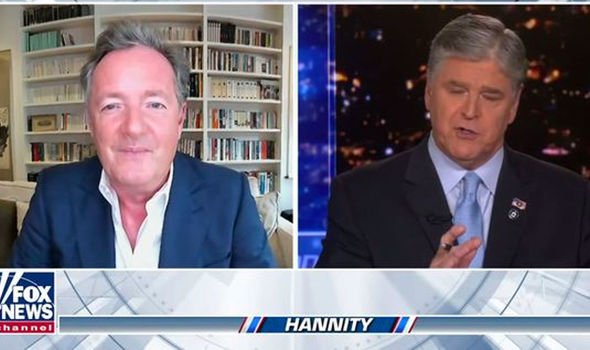 “Because he only wants the right for the media to say nice things about him – not to hold him to account.”

“I asked for calm from the British tabloids — once as a boyfriend, once as a husband and once as a father,” Meghan’s husband explained. 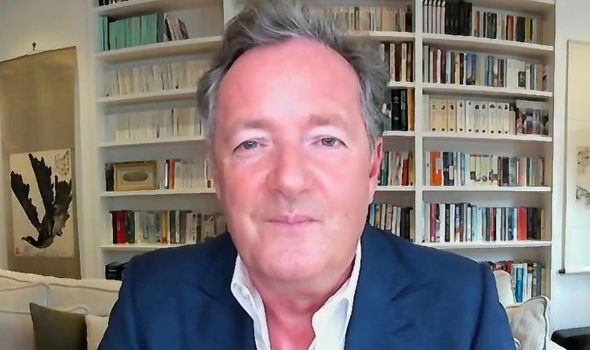 Piers’ outburst about the Duke and Duchess of Sussex didn’t stop there as he slammed the couple for stating they want a private life.

The outspoken journalist said of the pair’ stance on the matter: “These two want to have their royal cake and eat it.

“They’re very happy to trade off their royal titles, the Duke and Duchess of Sussex, when it comes to negotiating hundreds of millions of dollars with companies like Spotify and Netflix.

“But at the same time they want the right to trash the Royal Family and the monarchy, and therefore the Queen who’s the head of the monarchy, on global television repeatedly now. They keep doing this.” 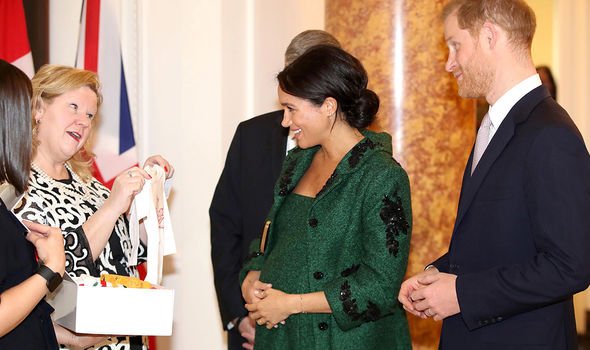 Even more controversy has been sparked about the name of the young tot but Piers addressed the birth on social media.

As he doesn’t seem to be a supporter of the pair, he kept his message brief and straight to the point.

In view of his 7.9 million followers, the broadcaster wrote: “To those asking for my reaction to the new royal baby, I am respecting her parents’ constant pleas for privacy and declining to comment.”

Some of his followers replied, with one writing: “Couldn’t, just for once, you could be kind and just wish them well in the birth of their baby?”

Whilst a third commented: “Royal baby? They don’t want to be part of our royal family, unless of course when it ‘suits’ them.”

“That’s the best thing you’ve ever said. Please keep it that way and decline to comment on anything related to Meghan and Harry. At least it’s a bit less toxicity in the world,” a fourth remarked.