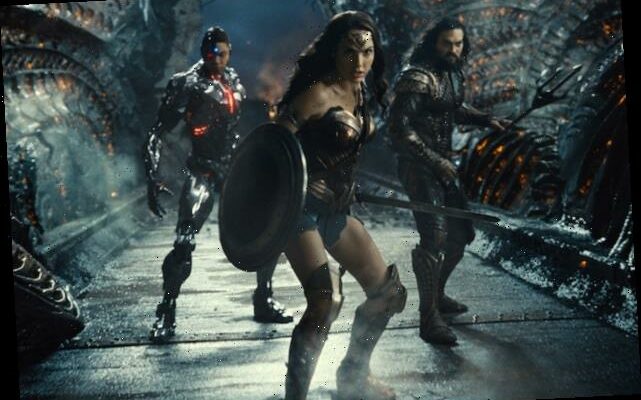 The “Snyderverse” will not be restored, despite a certain amount of praise (and hashtagging) for Zack Snyder’s four-hour remix of Justice League, which began streaming on HBO Max last week.

Years after the two-hour Justice League hit theaters — rewritten and completed by filmmaker Joss Whedon, after Snyder stepped away due to a family tragedy — HBO Max gave Snyder the OK (and $70 million) to do reshoots and finish up visual effects for his full-length superhero epic.

“We wanted to give Zack the opportunity to complete his vision in a four-hour movie, which is impossible to do in theaters,” WarnerMedia Studios CEO Ann Sarnoff told our sister site Variety in an in-depth Q&A. “We’re happy that we have HBO Max to let the rope out as it were and allow the fans to see all four hours of Zack’s vision.”

But despite a 73 percent critics’ score at Rotten Tomatoes — and a 96 percent score from audience members (while TVLine readers gave the recut an average grade of “A-“) — the #SnyderCut has not convinced WarnerMedia to move forward with Snyder’s plan for two Justice League sequels (that were massively teased by the #SnyderCut), thus completing what he envisioned as a five-film phase that started with Man of Steel and Batman v. Superman.

“I appreciate that they love Zack’s work and we are very thankful for his many contributions to DC. We’re just so happy that he could bring his cut of Justice League to life because that wasn’t in the plan until about a year ago,” Sarnoff told Variety. But, “With that comes the completion of his trilogy. We’re very happy we’ve done this, but we’re very excited about the plans we have for all the multi-dimensional DC characters that are being developed right now.”

Teasing DC’s Marvel-esque, multi-pronged approach, Sarnoff said, “We want fans to spot Easter Eggs at the end of the movie that relate to a movie or show coming up or a show about to launch on HBO Max. We can harken back to something that was said in The Flash movie or there could be a cameo appearance of one of the actors from one movie into a current show.”