BIZARRE’S Harry Styles super-fan Ellie Henman went to New York for his sell-out gig at the weekend, to witness the phenomenon that is his army of fans – and see how he has gone from squeaky-clean boy band member to solo sensation.

I AM in a pub in New York and a barmaid forgets to charge me for my drink. 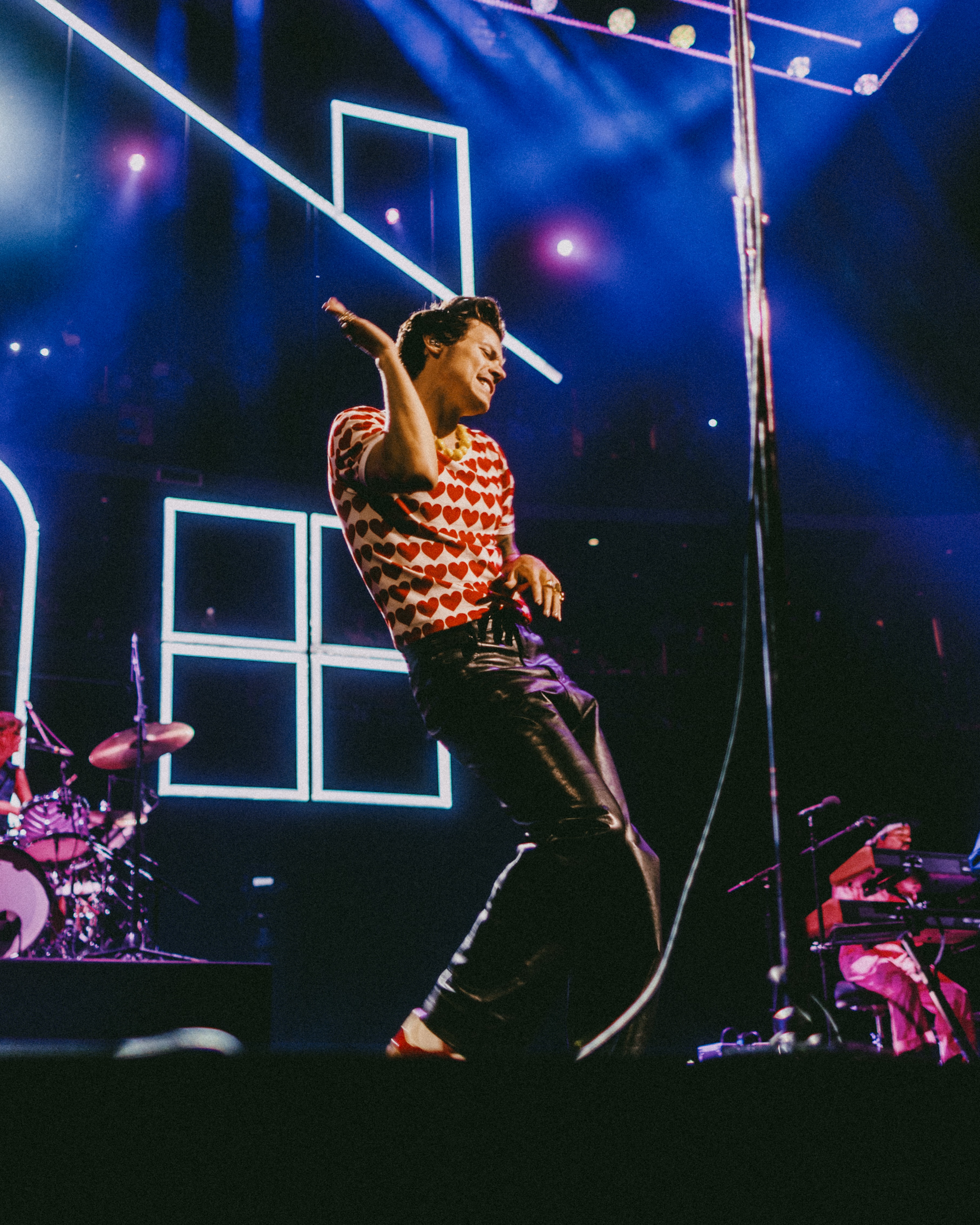 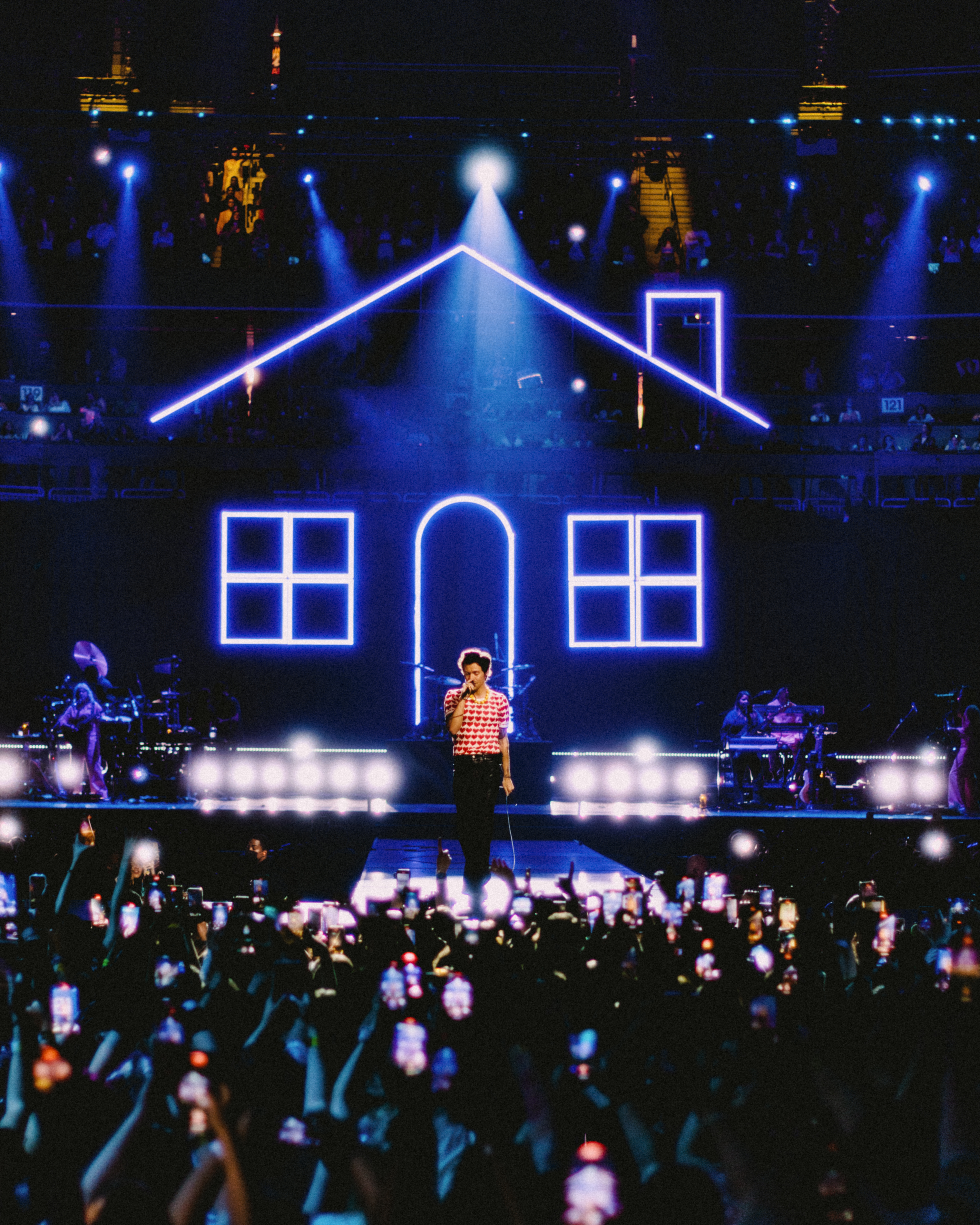 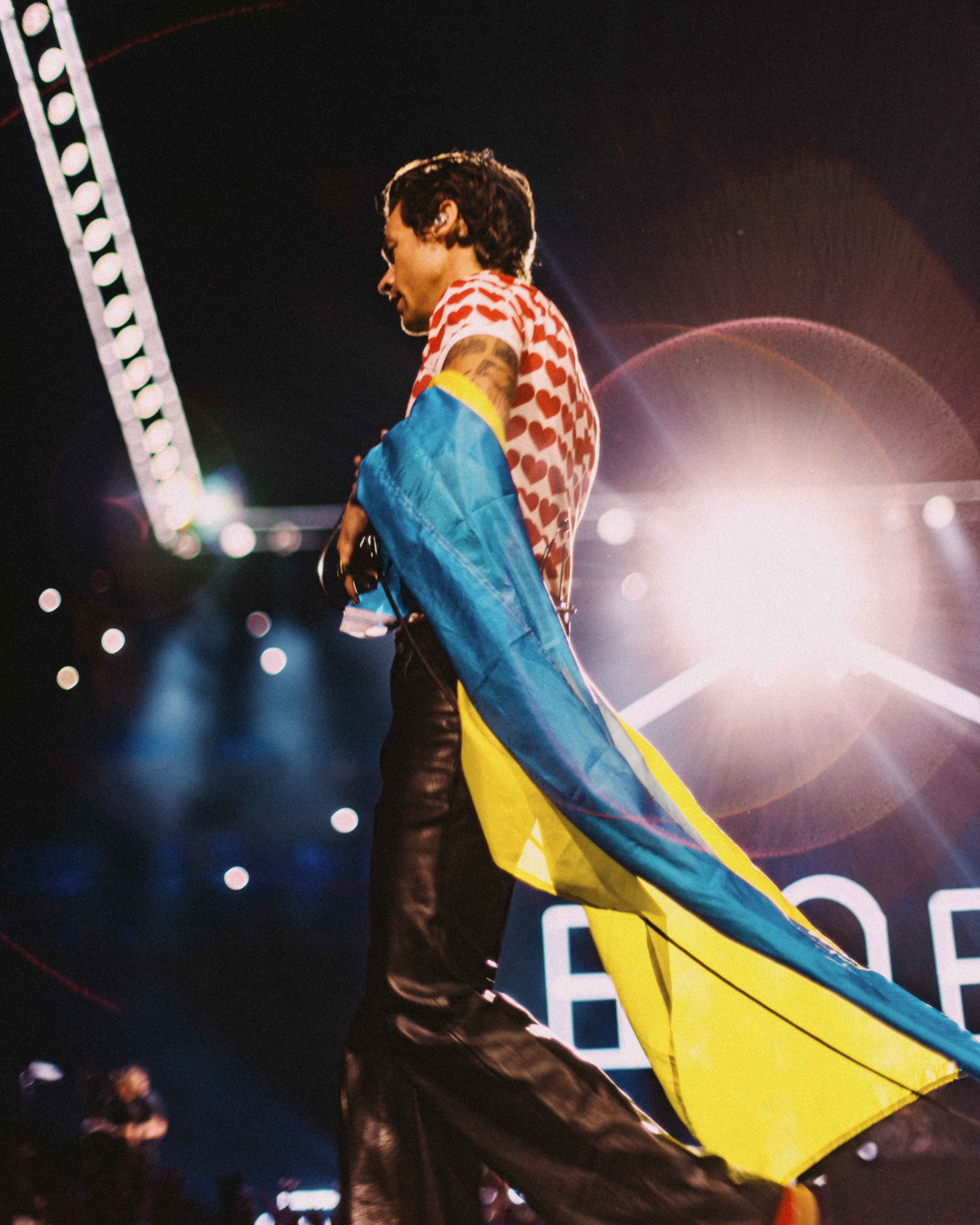 As I remind her, she thanks me and I feel a tap on my shoulder.

A Harry Styles fan who overheard our exchange says, “Treat people with kindness”, and gestures to the speakers — where his hit of the same name is blasting out.

Less than 12 hours since I got to New York, I have ingratiated myself with the Harry phenomenon.

I have flown to the Big Apple to initiate myself into his fan base at his huge gig to celebrate the release of his third solo album Harry’s House, expected to go straight to No1 on Friday. 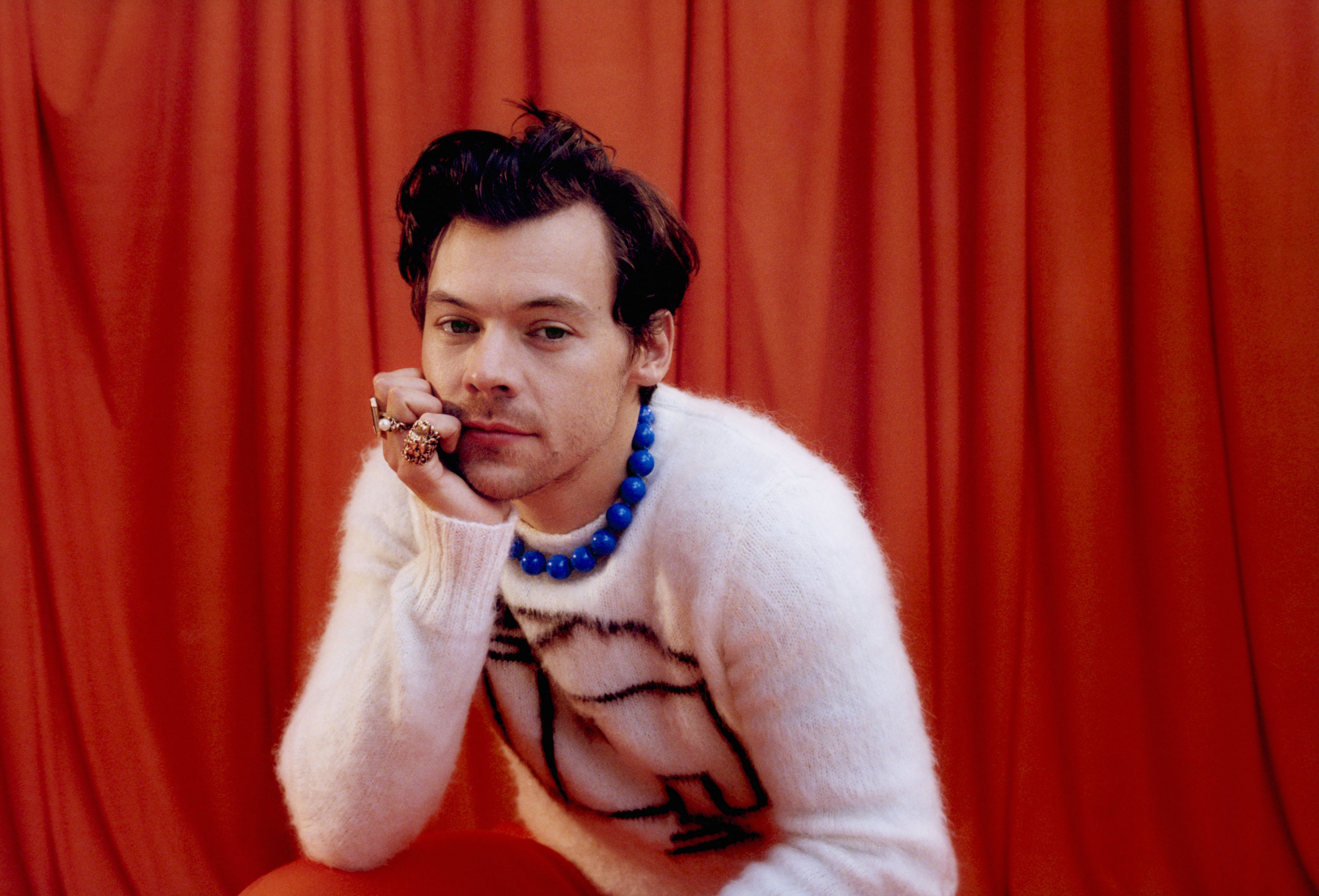 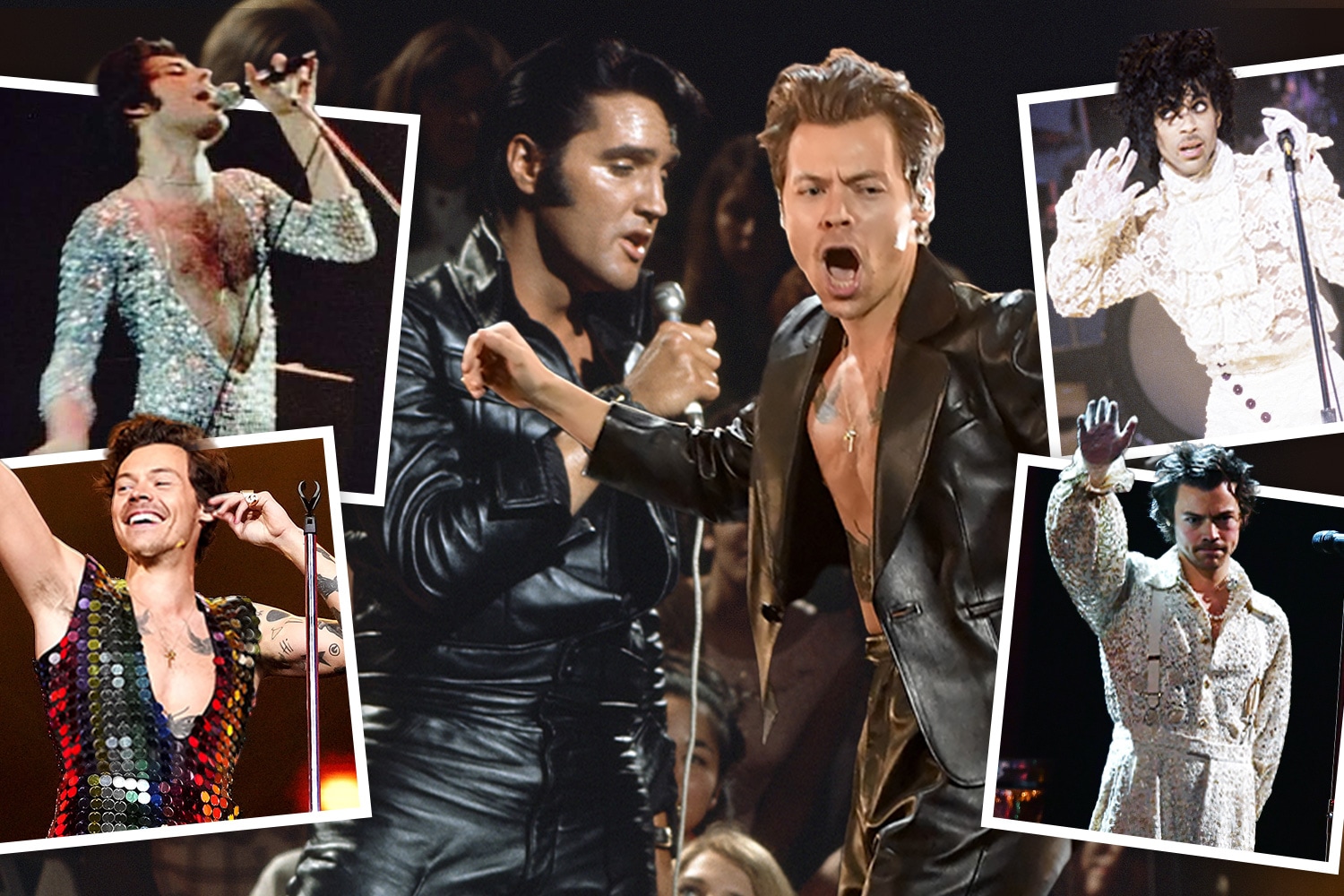 Where does Harry Styles really steal his eccentric outfits from?

Known as Stylers, his fans have been there for him ever since he found fame with One Direction in 2010, as a fluffy-haired boy from Cheshire village Holmes Chapel.

But now, age 28, solo Harry has assumed the aura of a demigod.

Tens of thousands have flocked to New York and he has been sure to make it worth their while.

The day before the concert, he surprises fans by posing for photos with those who have queued for hours at a Spotify event celebrating his new album — the follow-up to second record Fine Line, in 2019.

Most read in Bizarre 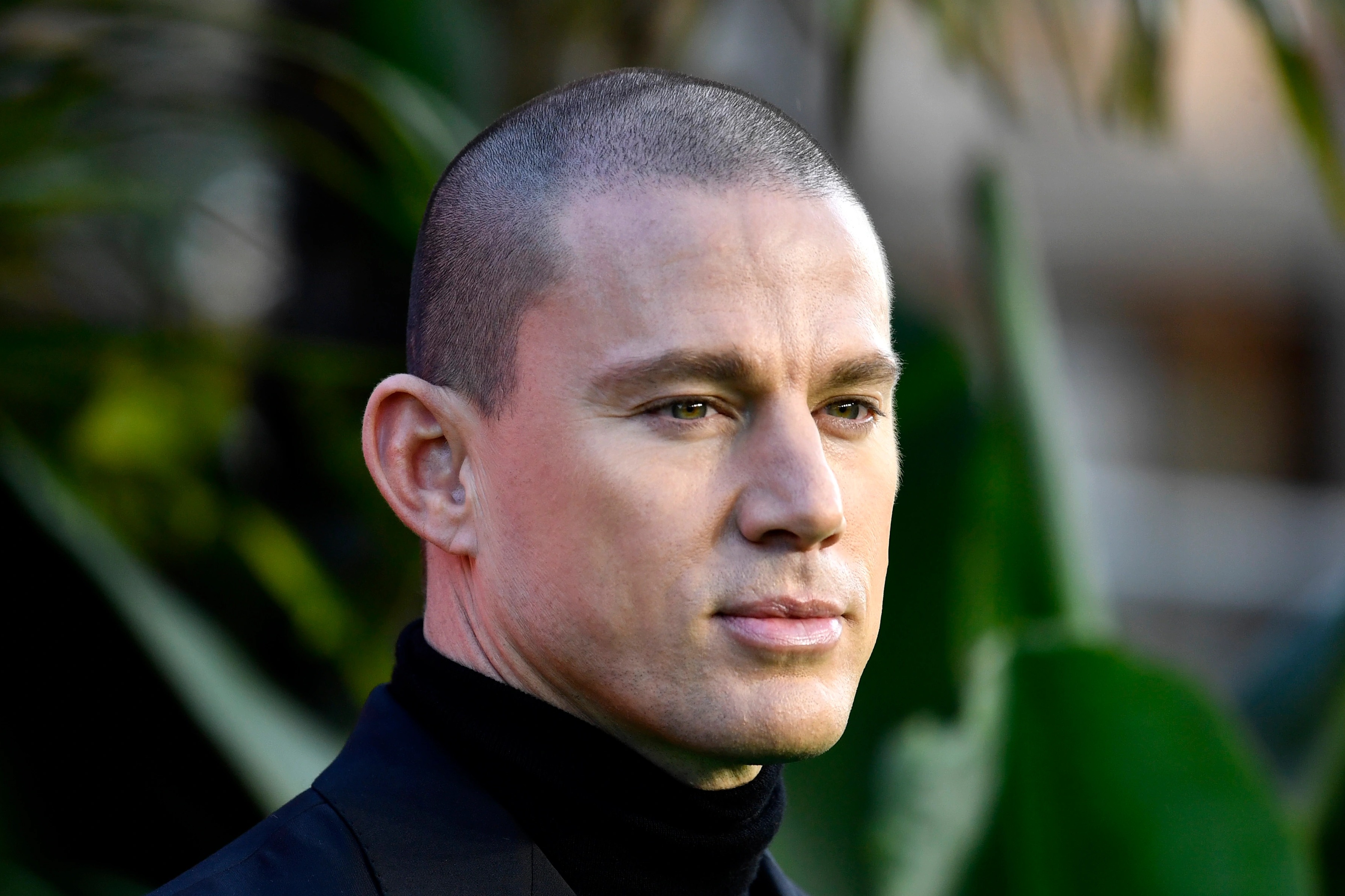 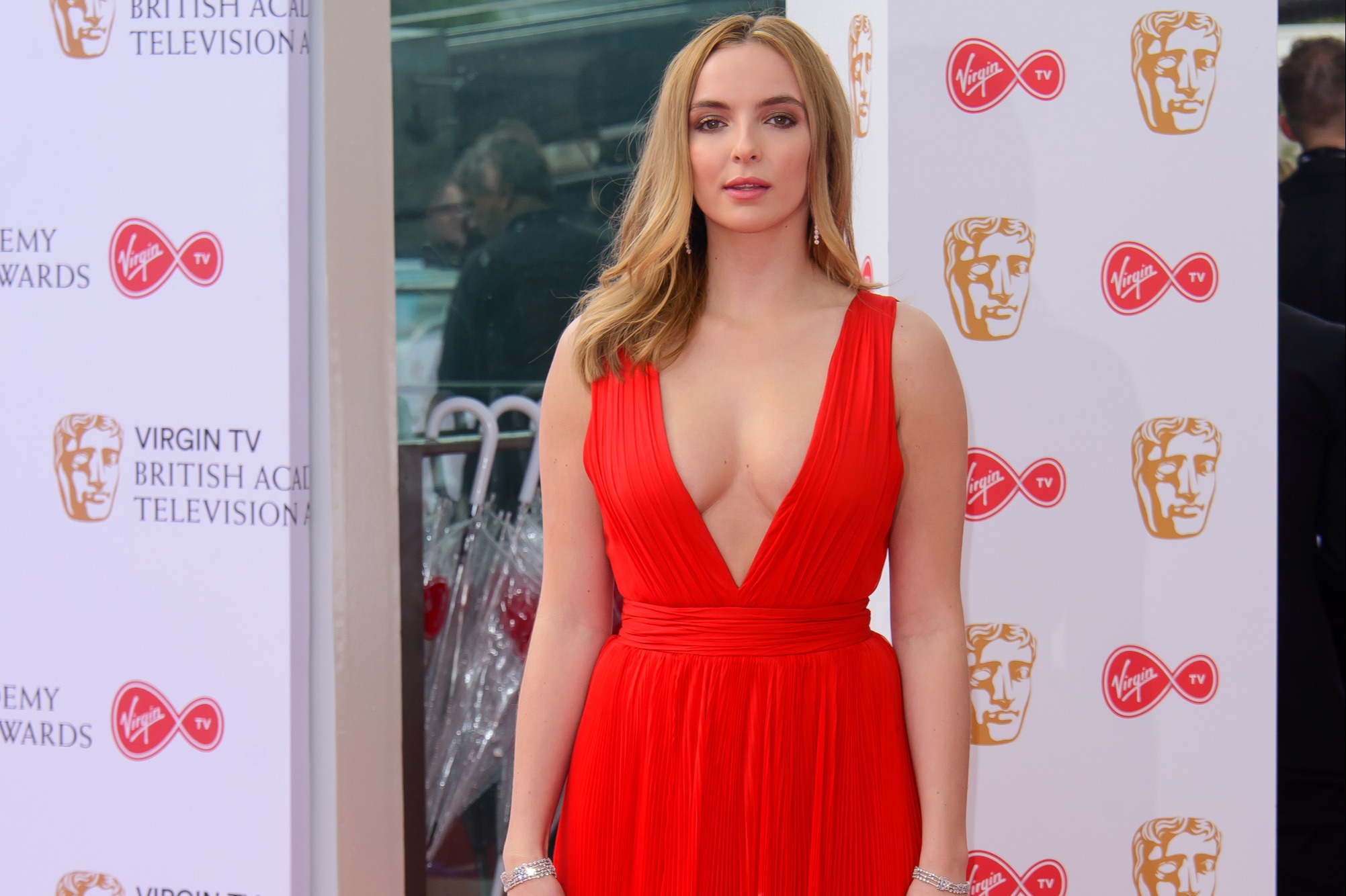 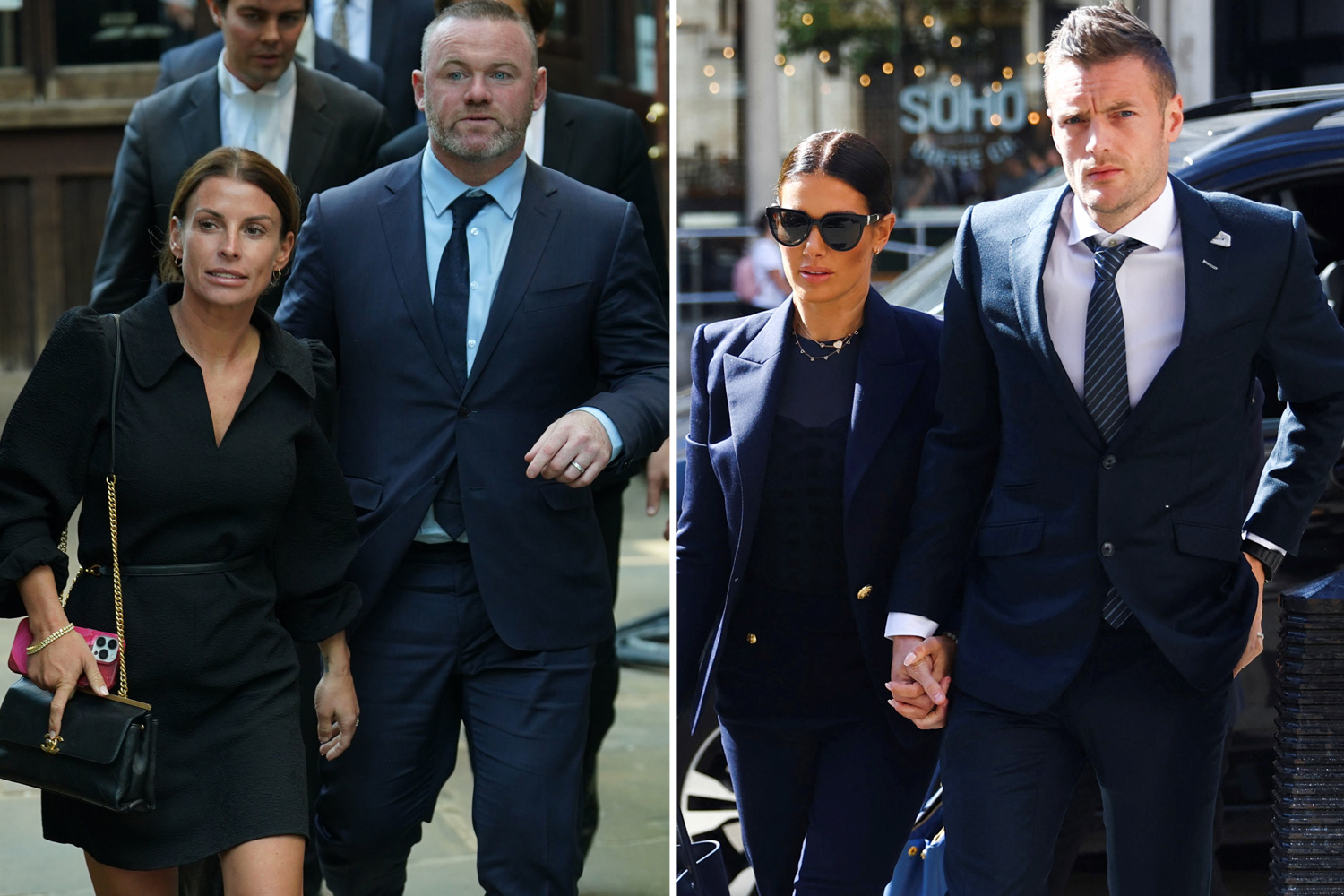 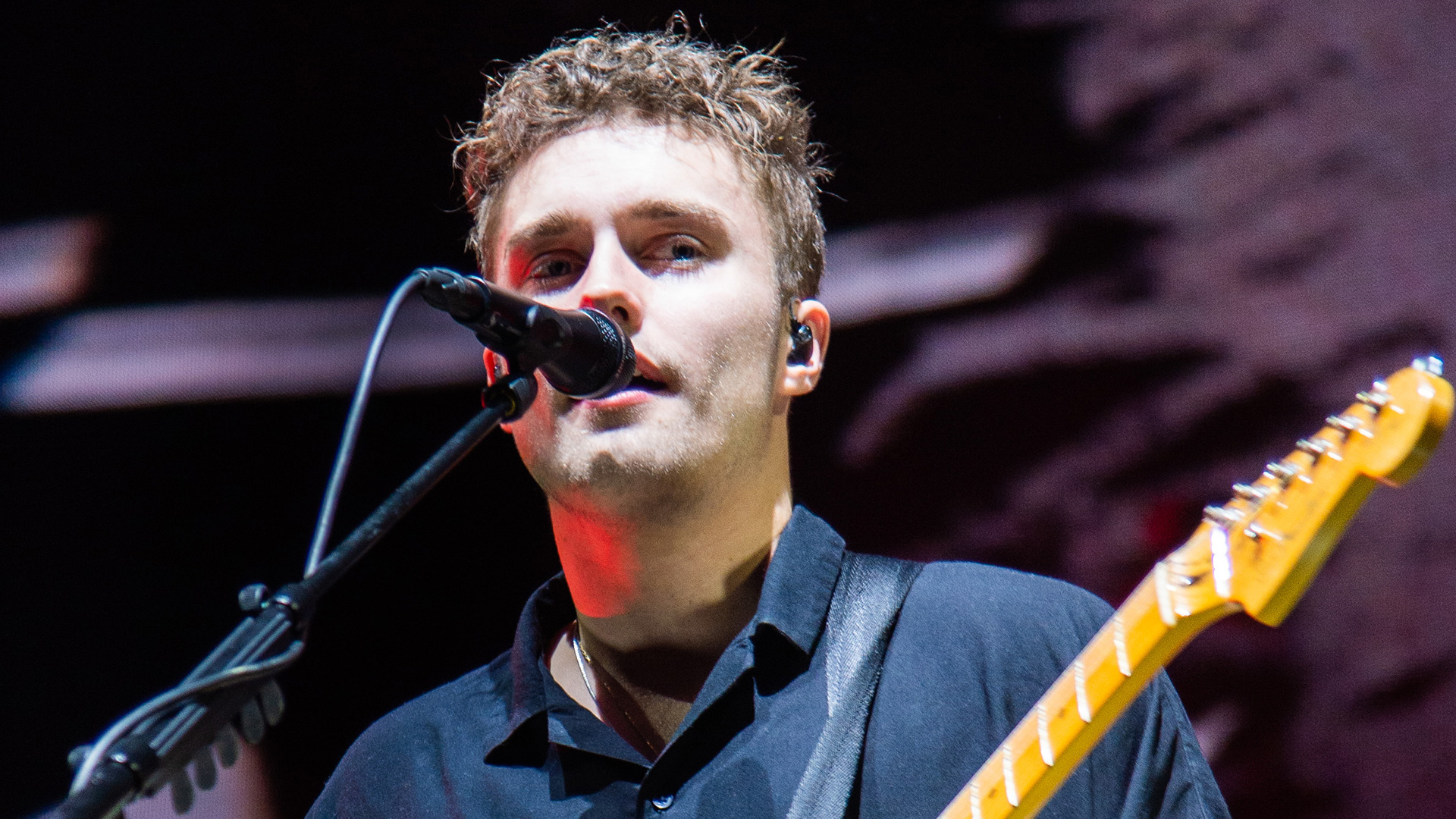 Later that evening, Harry’s House pop-up shops open around the world to allow fans to immerse themselves in the album at the exact moment it is released.

I am one of hundreds who queue at the store in Lower Manhattan.

Harry’s most dedicated fans have been queuing for 12 hours, and as you would expect, many have known each other for years — united by their love for the star.

While the queue is reminiscent of Boxing Day sales, there is no jostling.

In fact, so respectful are the fans that one even produces a Sharpie pen to number everyone to make sure it is fair.

Harry, I am sure, would be proud.

Loaded up with merchandise, 14 hours later I am on my way to the gig.

But while I have given myself five hours to soak up the atmosphere, it becomes apparent that as a fan I’m a rank amateur.

Harry’s most devoted followers arrived on Thursday and there is a sea of them — mainly women wearing feather boas and silk PJs in homage to Harry’s eclectic style.

The fact that it starts pouring with rain before the doors open, drenching fans, does not dampen spirits.

I meet Chloe at the front of the line at the UBS Arena.

She has been awake for 36 hours and arrived to be first at the doors at 2am.

How many shots are there in your coffee?” I ask.

“Four,” she replies with a grin.

“I’ve been waiting to see Harry for 36 hours. I’ve not been to sleep yet.”

Chloe, 36, has been a fan since Harry was in One Direction alongside Liam Payne, Louis Tomlinson, Zayn Malik and Niall Horan — with the band shifting 36million albums.

For Harry, Chloe would move heaven and earth. She adds: “I went to the pop-up shop on Thursday and came straight to the arena on Friday at 2am.

“Harry is like a stripper — and I just keep dishing out the money.

“I’ve followed him since One Direction. I camped outside for five days to see them at Saturday Night Live, I hitched across the States, I’ve done a lot of questionable things for these men.

Chloe is not alone in her adoration of Harry — who is also now a movie star, with latest films Don’t Worry Darling and My Policeman out later this year.

Those close to Harry who have already been to screenings assure me the public will be blown away by his performances.

But he could be in Peppa Pig and it would be a mega-smash.

Hailee, 27, who has been queuing all day, says: “There is no one in the world like Harry.”

Anna, 32, adds: “Harry is the best artist in the world right now. No one else comes close.”

Outside the arena, he has laid on a spectacle. His team have built parts of “Harry’s House” and fans queue to have their pictures taken.

Coloured chalks have also been given out to those waiting in line — and while murals are washed away by rain, the sentiment remains.

Inside the 18,500-capacity arena, the excitement that was bubbling outside hits fever pitch.

One of Harry’s team, who has accompanied me to the gig, had told me: “Just wait until you hear the noise, it is something else.”

They were not wrong.

The gig is being filmed for a one-off Apple TV special and the crowd scream for all they are worth.

My eardrums start to ring as thousands chant their hero’s name — the battle cry of the Harry-hungry.

When he finally explodes into view, the crowd is in a frenzy — and as Harry begins to bump and grind, front of stage, some are close to fainting.

His live persona has long been compared to Mick Jagger.

But while Harry’s dance moves seem to draw inspiration from the snake-hipped Rolling Stones legend, the younger star has carved out a style all of his own.

The louder the crowd screams, the faster and more frenzied he seems to become.

He is pop’s Duracell Bunny, drawing his energy from the crowd and launching himself around the setting without apparently breaking sweat — surprising given his tight leather trousers and woollen T-shirt.

Although his 13-track record has only been out for 12 hours by the time Harry is performing on the stage — which featured an illuminated outline inspired by the album — the crowd is already word-perfect on every song.

Alongside his No1 track As It Was — expected to stay on top this week — songs Late Night Talking and Matilda receive rapturous receptions.

Swathes of the crowd watching from the floor have also made up dances — and huge­ mosh pits emerge, with sequins and feather boas sent flying.

Addressing the crowd, which includes his girlfriend, US actress and film director Olivia Wilde — Harry says: “Thank you so much for your support over the last however many years of my life.

“You have changed it over and over. I am eternally grateful to every single one of you.”

Along with performing his album, he sings previous hits including 2019 solo smash Watermelon Sugar and One Direction cult track What Makes You Beautiful from 2011.

He also belts out his debut solo single, 2017’s Sign Of The Times — and poignantly waves Ukrainian and rainbow flags.

As the lights go down, the chants rise again and the handrail next to my chair shakes as thousands stamp their feet and scream out for more.

Harry returns for his encore, to again sing As It Was — the first song from the new album, which has spent the past seven weeks at the No1 spot.

It is greeted by the biggest screams of the night.

It is rare to see an artist perform a song twice during a concert, but Harry is happy to break with convention — and he is clearly on to a winner. 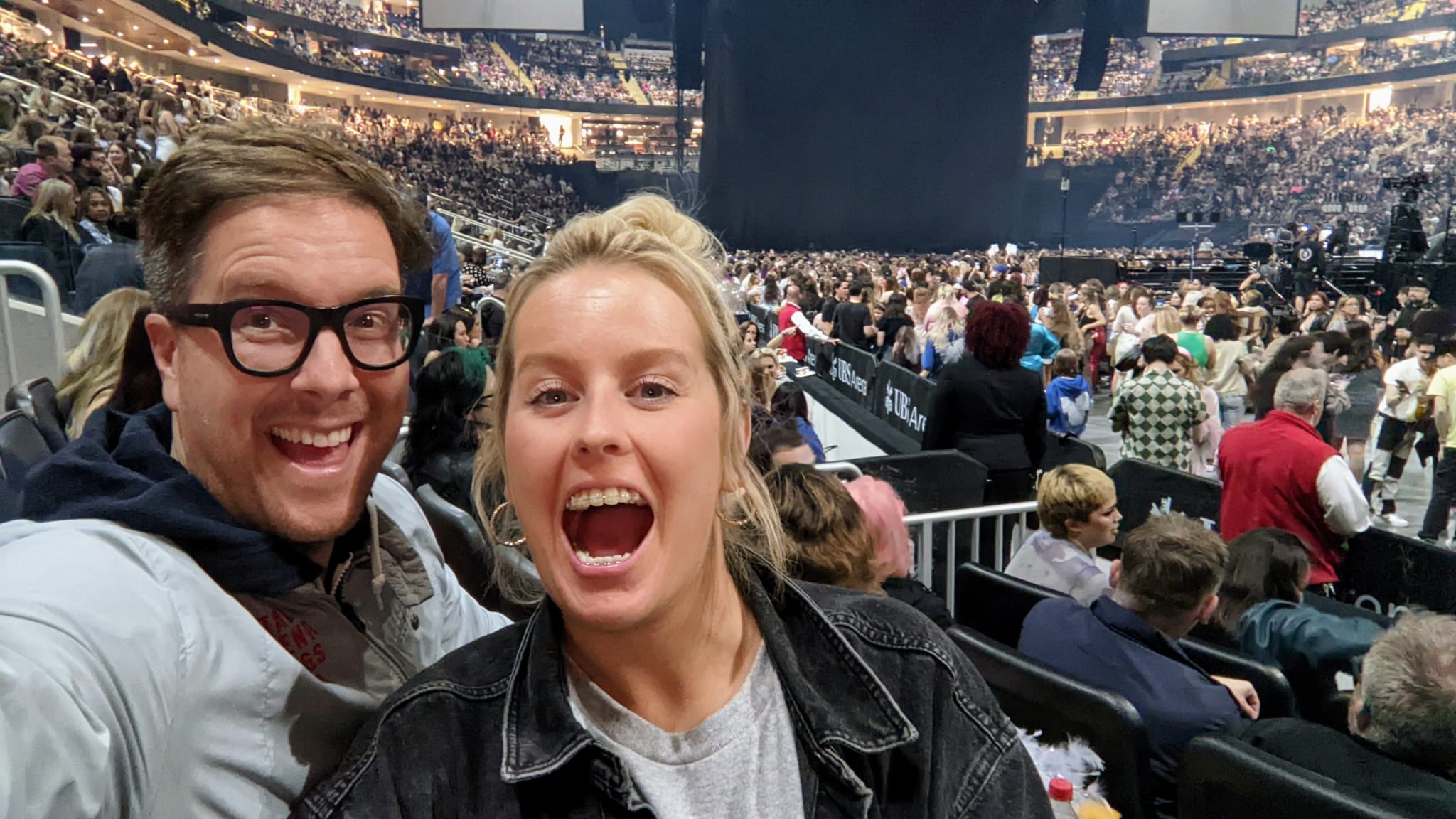