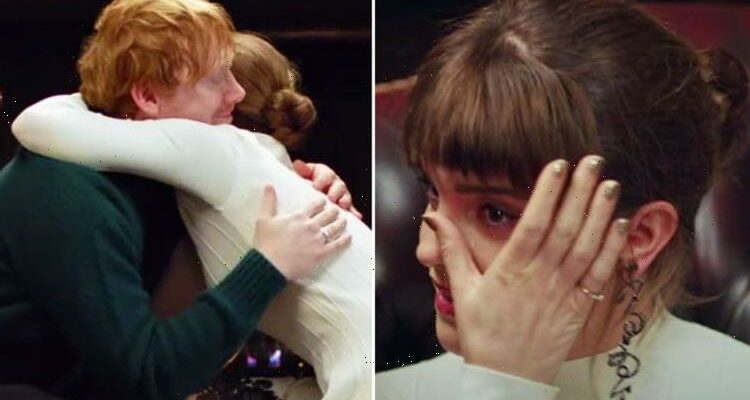 It’s been twenty years since a bespectacled little boy started a multi-billion-dollar film franchise with 2001’s Harry Potter and the Philosopher’s Stone. Incredibly, it’s been ten years since the final film, Deathly Hallows Part 2, hit cinemas. To mark the occasion, the cast and directors reunited for a major documentary that will be broadcast on New Year’s Day. But one very important person was not shown in the trailer and their name is nowhere to be seen on the listings.

JK Rowling wrote the books and is still working on the spin-off Fantastic Beasts film franchise, but the author’s name was already notably stricken from the most recent Secrets of Dumbledore trailer. After being embroiled in an ongoing controversy over her comments about the trans community, Rowling’s profile has been greatly reduced on ongoing Potter projects.

In the entire trailer her name can only be glimpsed in tiny letters at the bottom of the main Sky TV logo for the show.

The new trailer, however, is filled with emotional scenes, including showing a whole new side to the three main villains and the tearful connection between the main trio of leads.

The cast are shown reuniting on the incredible sets at the Warner Bros Harry Potter Studio Tour. Emma Watson’s shock and delight is touching when she sees Hermione’s on-screen mortal enemy, Tom Felton, aka Draco Malfoy. He beams back and engulfs her in a huge hug.

There are also tears when she sits down with on-screen partner Rupert Grint (Ron Weasley) who tells her: “It’s a very overwhelming thing that I’ve watched you grow up and I’ve seen every stage of your life. It’s a strong bond that we’ll always have. We are family and we’ll always be part of each other’s life.”

Meanwhile, Daniel Radcliffe confessed his worst fear as the films were ending.

Radcliffe said: “The thing that scared me the most was the implication that the most meaningful thing in our life was done… and there is something so joyous about seeing everyone and being like,  it wasn’t though.

He also admits: “I wouldn’t be the person I am without so many people here.”

The biggest shock, though, is the confession from Ralph Fiennes that he wasn’t sure about taking his iconic role.

Fiennes talked about the time when he was originally offered the part of Harry Potter’s greatest enemy, Voldemort: “

My sister has children who were then around ten, eleven, twelve (years old) and I said, ‘Martha I don’t know about this Vodermort.’ (She replied) ‘What? You’ve been asked to play Voldemort? You’ve got to do it!”