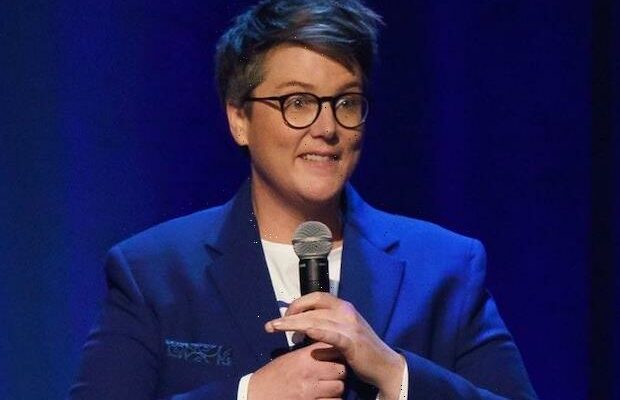 Embattled Netflix boss Ted Sarandos is facing fresh criticism from one of his own stars: Hannah Gadsby.

The co-CEO of Netflix has come under increasing fire this week for standing by the streamer’s right to air Dave Chappelle’s transphobic stand-up special The Closer. On Wednesday, Sarandos doubled down on his defense of Chappelle, telling his staff in an internal memo on Wednesday that The Closer “doesn’t directly translate to real-world harm” for the LGBTQ community.

“We are working hard to ensure marginalized communities aren’t defined by a single story,” Sarandos added in the memo. “So we have Sex Education, Orange is the New Black, Control Z, Hannah Gadsby and Dave Chappelle all on Netflix. Key to this is increasing diversity on the content team itself.”

Early Friday, Gadsby — who rose to prominence via her Netflix standup special Nanette (and followed it up with a second special Douglas)  — took to social media to make it clear that she did not appreciate the shout-out from her boss.

“Hey Ted Sarandos,” she wrote on Instagram. “Just a quick note to let you know that I would prefer if you didn’t drag my name into your mess. Now I have to deal with even more of the hate and anger that Dave Chappelle’s fans like to unleash on me every time Dave gets 20 million dollars to process his emotionally stunted partial word view. You didn’t pay me nearly enough to deal with the real world consequences of the hate speech dog whistling you refuse to acknowledge, Ted. F–k you and your amoral algorithm cult… I do sh-ts with more back bone than you. That’s just a joke! I definitely didn’t cross a line because there isn’t one.”

Trans employees and allies at Netflix are planning a Oct. 20 walkout in protest of Sarandos’ staunch defense of Chappelle.