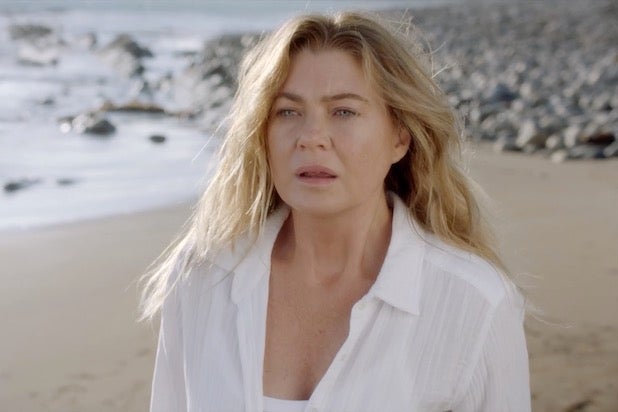 The unthinkable happened on “Grey’s Anatomy” last night, when Patrick Dempsey finally returned to the ABC medical drama in a cameo that saw the late Derek Shepherd reunite with his love Meredith Grey (Ellen Pompeo) in a dream sequence, while she was on the brink of death. And “Grey’s” fans who have been missing McDreamy for years almost died themselves over that shocking come back.

The moment came at the end of the two-hour episode, when Meredith was found unconscious in the hospital’s parking lot, and in her dream saw the man of her dreams. This marks the first time Dempsey has returned to the Shonda Rhimes-created series since his Season 11 exit. And in the time of corona, which was featured heavily in Thursday’s “Grey’s” premiere, it seems this was a little blessing for Merder shippers. Oh, and Dempsey is going to be on next week’s episode, too.

“2020 HAS OFFICIALLY BEEN SAVED YOU CAN THANK MEREDITH GREY AND DEREK SHEPHERD,” one user tweeted.

“i love how we all were excited about merhayes this season but the moment we saw derek we collectively forgot about hayes’ existence lmao,” another wrote, referring to Meredith’s relationship with Richard Flood’s Dr. Cormac Hayes.

“derek shepherd made a promise to meredith grey that he was always going to show up, and he kept it,” a different tweeter said.

Another user wrote, “patrick dempsey really came back as derek freaking shepherd on greys anatomy in 2020,” alongside a GIF of Jonathan Van Ness from “Queer Eye” saying, “Okay, it’s totally fine. Why am I crying?”

So how did “Grey’s Anatomy” pull this cameo off and why was now the time?

“The most important task we had this season was to honor the reality of this global pandemic and the impact it’s having — particularly on healthcare workers,” “Grey’s” showrunner Krista Vernoff said in a statement to Entertainment Weekly. “Along with that, we had to come up with creative ways to allow our show to still be fun and romantic and provide some escapism. Enter Patrick Dempsey. The beach motif — which will continue beyond the premiere — provided a way for us to live outside the pandemic even for a little while here and there.”

“And Derek’s return provided pure joy for us, for Meredith, and for the fans. Season 17 has been a Herculean effort by our cast, our crew, our writers, and our partners at Disney and ABC — and we are proud of it. But our effort is nothing compared to the work of our Frontline healthcare workers to whom this season is dedicated. We hope our show inspires you to wear your masks to protect them and each other. As Derek Shepherd would say, ‘It’s a beautiful day to save lives.’”