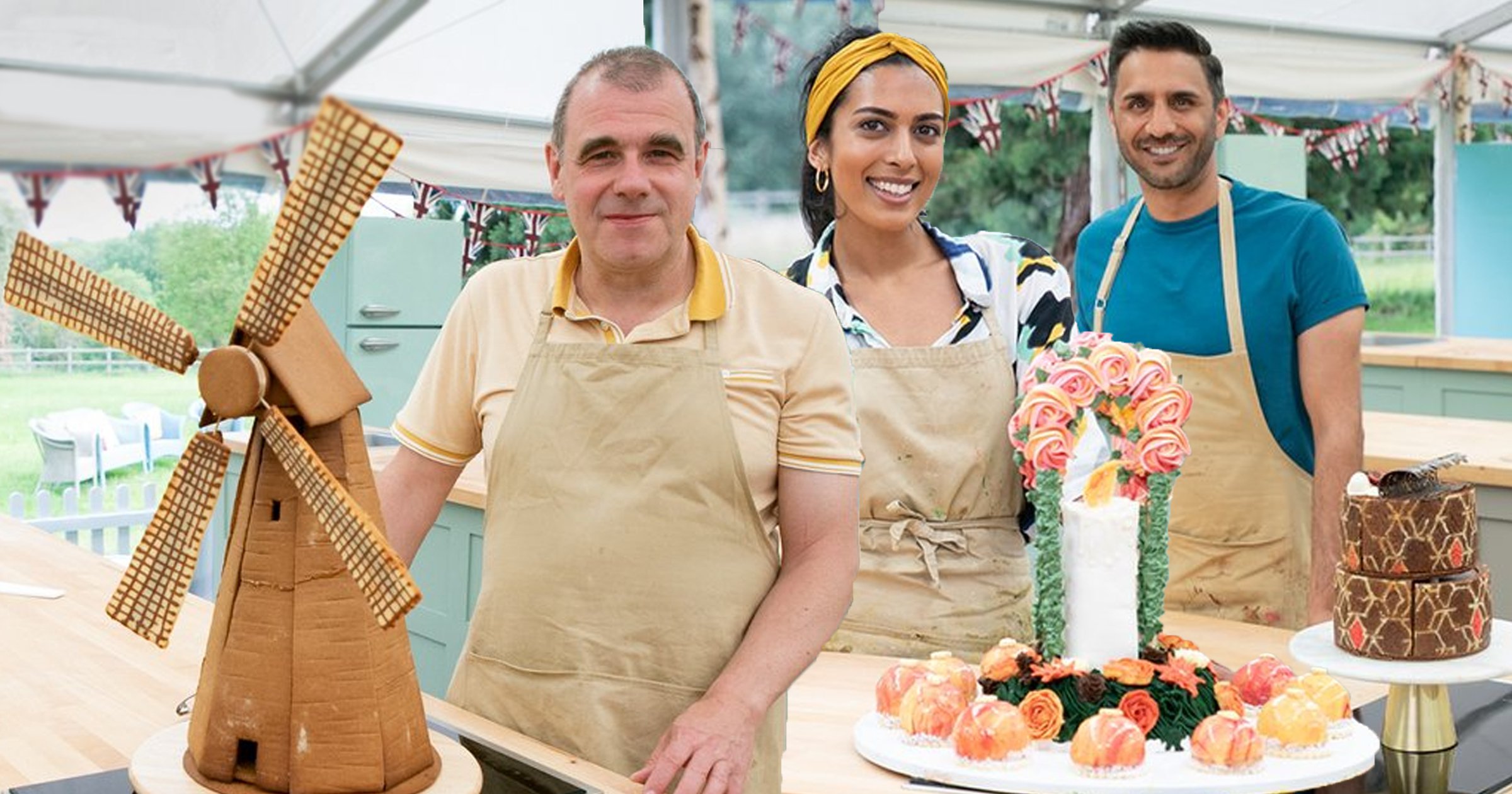 Great British Bake Off 2021 is preparing to announce its winner in tonight’s final (how is it the final already?!) with Prue Leith and Paul Hollywood set to crown their champion.

Giuseppe, Crystelle and Chigs will go head-to-head in the grand finale after 10 weeks of intense action – and for us, it’s too close to call.

It’s more open than ever this year, especially after frontrunner Jürgen was eliminated from the competition in scenes that took everyone by surprise.

What we do know is, this series has seen the contestants serve up some of the most spectacular creations in years, bringing us mouthwatering bakes from inside the tent week after week.

From biscuit windmills to incredible cottage pies, they’ve marked some of the strongest dishes the show has ever seen.

But which was best? Take a look back at the showstoppers from each of the Star Bakers throughout the series so far, ranked from worst to best.

It was so good, in fact, that Paul beckoned Crystelle over before giving out the first Showstopper level Hollywood Handshake.