A harrowing hour of The Good Doctor culminated in a devastating reveal involving one of St. Bonaventure’s own.

Throughout “Sorry, Not Sorry,” Morgan encouraged her patient, assault victim Toni (played by Y: The Last Man‘s Sydney Ozerov-Meyer), to have a rape kit done, but Toni was adamant that she didn’t want one. It wouldn’t undo the damage, she argued, and she didn’t want to “chase the bogeyman” responsible for her trauma.

Morgan would eventually apologize to Toni for trying to influence her decision. In doing so, the doctor revealed that she, too, had been raped back in med school. “I didn’t do a rape kit, and I’ve always regretted it,” she said. “I didn’t want you to feel the same.” Her rapist was a friend of a friend-turned-stalker. One night, he followed her home from a bar and raped her. 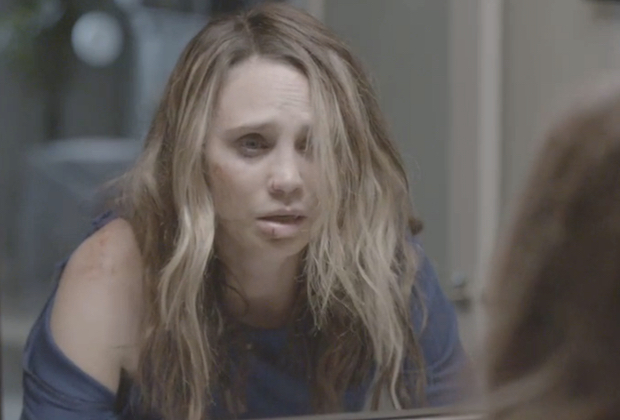 As Morgan detailed that horrific night, we discovered that flashbacks scattered throughout the episode, believed to be glimpses of Toni’s assault, were in fact glimpses of the night Dr. Reznick was raped.

“I hated the idea of being seen as a victim, so I never told anyone,” Morgan said. “I let that creep go, and now I will never know how many other women he hurt. But that’s my regret, and it’s not fair to put that on you.”

Hearing Morgan’s story inspired Toni to open up about her own her assault. Initially, she tried to blame herself. “It is not your fault,” Morgan assured her. “He took away your choice, and now you have to do what’s best for you — whatever that is.” And for Toni, what she ultimately decided was best was consenting to a rape kit.

We then watched as the exam was carried out. Morgan never left her patient’s side.

Later on, ex-boyfriend Park approached Morgan and asked why she confided in him about what she’d been through all those years ago. “Because I don’t need anyone’s pity, yours included,” Morgan answered. “It’s in the past.” Park went on to commend Morgan for what she did for Toni, then let her know that he’ll always be there “if you ever need someone to be brave for you.”

As the episode drew to a close, the following message appeared on screen:

* On more than one occasion, Dr. Glassman noticed that Lim was able to adjust herself in her wheelchair — first in physical therapy, then in his office. Her particular movement suggested that her paralysis may not be permanent. She may even walk again.

* After weeks of refusing to acknowledge the role he played in Lim’s paralysis, Shaun confronted the chief. It started as a non-apology, but gradually morphed into the words that Lim so needed to hear. He began by acknowledging that he did not know what the consequences of her surgery would be. He also confided in her that he saw visions of Steve that day, and he worried that he was about to lose a friend, just as he’d once lost a brother. In turn, Lim told Shaun that her life is in a much better place now. It might be a while before she’s able to let go of her anger, but she’s working on it.

* Following his heart-to-heart with Lim, Shaun moved out of his makeshift office in the janitor’s closet and back into his shared office with Park. 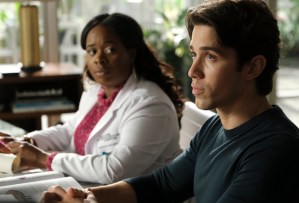 * Perez finally made a move and kissed Jordan — but when asked what it meant, the intern fell silent. Speaking of potential pairings…

* Did anyone else get a vibe when Andrews offered to buy Nurse Villanueva a drink to make up for being a pompous ass (his words, not ours)?

What did you think of The Good Doctor Season 6, Episode 8: “Sorry, Not Sorry”? And what are your hopes for the Dec. 12 fall finale? Sound off in Comments.