• When the Golden Globe nominations are announced on Thursday, expect to hear “A Star Is Born” in several categories.

• “Roma” will not be part of the best drama race because foreign-language films are ineligible for the best picture categories.

• Andy Samberg and Sandra Oh will host the awards ceremony.

• NBC will broadcast the 76th Golden Globes on Jan. 6. 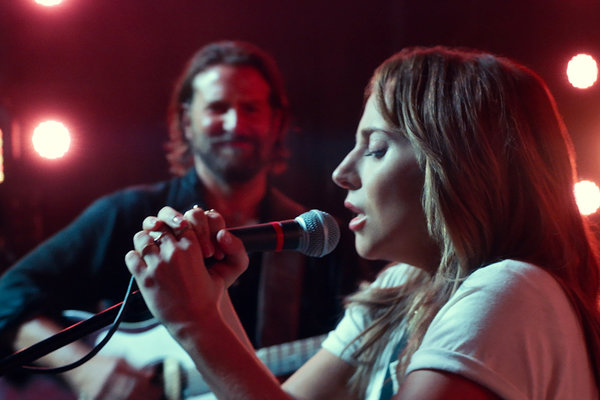 LOS ANGELES — Only 88 people — an idiosyncratic bunch, to put it mildly — vote on the nominees and winner. Top prizes are split into dramatic and comedic categories, often in nonsensical ways. To double takes everywhere, Pia Zadora was once named New Star of the Year.

To be fair, the group behind the Globes, the Hollywood Foreign Press Association, has become more serious in recent years. Studio executives complain that members are less easy to manipulate. And the frothy, fast-moving Globes show has lately held up better than the bloated Oscars with TV viewers.

In a head-scratching policy for an awards stop adjudicated by reporters from overseas, foreign-language films are ineligible for the marquee best picture categories. So don’t look for much guidance on the Oscar fortunes of “Roma,” Alfonso Cuarón’s blissfully reviewed epic that has become a lightning rod in Hollywood because it comes from Netflix, which only gives films token theatrical releases.

Movie fans may also be confused when another film — “A Star Is Born” — does show up as a best drama nominee. (It’s a lock for a nod.) The romantic remake is plenty dramatic, but the Globes has a whole category specifically for musicals and comedies. “A Star Is Born” has lots of singing, and the 1976 version starring Barbra Streisand won the Globe for best musical. What’s the deal this time around? It boils down to category shopping: “A Star Is Born” consultants asked the press association to not consider it a musical, since the dramatic category is seen as having more heft.

Depending on their choices, Globe voters could clarify some standings in the Oscar race. Or at least winnow the field. The press association has a soft spot for celebrities, particularly young ones who attract young viewers — last year it even gave Ansel Elgort an acting nomination for “Baby Driver.” So if Hugh Jackman can’t snare a Globes nomination for playing Gary Hart in “The Front Runner,” which has fizzled at the box office, his Oscar hopes may be over.

Other stars who could use a little Globes magic include Melissa McCarthy, whose performance as a literary forger in “Can You Ever Forgive Me?” has gotten a bit lost in a competitive year for actresses, and Ryan Gosling, a potential nominee for the space race drama “First Man,” which has been fading as an awards threat.

Here are four more things to consider when Globes nominations are unveiled starting at 8:15 a.m.

A green light on ‘Green Book’?

A parade of films (“Beautiful Boy,” “First Reformed,” “Widows,” “Eighth Grade,” “Spider-Man: Into the Spider-Verse”) could end up with a lone nomination. That’s how Globes voters roll: Spread the love.

But the contentious “Green Book,” adored by some for its feel-good depiction of interracial friendship while leaving others appalled for its reliance on racial clichés, could emerge as a factor in four categories — potentially giving the Academy of Motion Picture Arts and Sciences cover to embrace it as well. Gold Derby, an entertainment honors website, has “Green Book” popping up as a Globes contender for Viggo Mortensen’s lead acting, Mahershala Ali’s supporting work, best screenplay and best musical or comedy. Other prognosticators even think that Peter Farrelly could snag a nomination for his directing.

Walt Disney Studios, despite its box-office brawn, has never been much of an awards force outside of animation. (Unless you count the years it owned Miramax, which functioned as a rogue planet.) This year, however, Disney has two big-time contenders: “Black Panther,” which is expected to battle “A Star Is Born” for the best drama Globe, and “Mary Poppins Returns,” which has not yet been reviewed by critics — it doesn’t arrive in theaters until Dec. 19 — but has been generating glowing advance buzz and will easily nab a nod for best musical or comedy.

By the time the Globes ceremony arrives, Disney may also have closed its $71.3 billion acquisition of most of 21st Century Fox. That would make Disney the owner of Fox Searchlight, which is expected to receive lots of attention from Globes voters for its saucy period film “The Favourite.” Searchlight could also land nominations for “Can You Ever Forgive Me?” and the Robert Redford vehicle “The Old Man & the Gun.”

Another Fox studio going to Disney is behind “Bohemian Rhapsody,” starring Rami Malek, who is hoping for best actor inclusion for his toothy performance as Freddie Mercury.

This Dick Cheney biopic, starring Christian Bale and directed and written by Adam McKay (“The Big Short”), has been hanging back. It won’t arrive in theaters until Christmas Day. But this could be when “Vice” makes its break.

Globe voters are poised to recognize Bale for his acting, Amy Adams for her supporting turn as Lynne Cheney and Sam Rockwell — a winner last year for “Three Billboards Outside Ebbing, Missouri” — for his portrayal of George W. Bush. “Vice” could also factor into the best musical or comedy contest.

The TV contingent is strong

Because the press association’s nominations arrive as Oscar voters are gearing up for their own selection process, the movie-related Globe categories receive most of the attention. But the truth is that the Globes ceremony draws much of its power from TV stars — and the desire by voters to be tastemakers by throwing their weight behind fledgling series. In recent years, the Globes have helped put streaming-service shows like “Transparent” and “The Marvelous Mrs. Maisel” on the map.

In the best television drama category, newcomers looking for a nomination include the thriller “Killing Eve,” starring Sandra Oh as a security services operative; “Succession,” the splashy HBO series about a dysfunctional, Murdoch-esque family; the boisterous “Pose,” the latest FX hit from Ryan Murphy; “Homecoming,” a cerebral thriller starring Julia Roberts; and possibly even “Yellowstone,” a soap in the vein of “Dallas” that stars Kevin Costner as a mega-rich, success-at-any-cost Montana rancher.

One reminder: Two stalwarts, “Game of Thrones” and “Stranger Things,” are not eligible this time around because no new episodes of either series aired in 2018.

Among comedies, awards handicappers predict that it’s going to be hard to unseat the reigning winner, “The Marvelous Mrs. Maisel,” and most see “Atlanta” getting a nomination. Newcomers looking for recognition include “Barry,” the off-kilter HBO series that made a huge showing at the most recent Emmy Awards (although it lost the big prize), and the comparatively obscure “Forever,” a critical darling starring Maya Rudolph and Fred Armisen.