The Hollywood Foreign Press Association added their voice to the deafening choir of awards season this morning, unleashing the 2019 Golden Globe nominations early this morning. A vast majority of their notes were in harmony with the cognoscenti consensus so far – A Star is Born! The Marvelous Mrs. Maisel! Green Book! Vice! However, per usual, there were a few stunning omissions and a couple of WTF left-field choices. This is a group notorious for advertising that their awards show is the drunkest awards show … and some of their picks left people wondering if they got an early start. Here are the 10 biggest shockers, snubs and surprises from the announcements.

Toni Collette for Hereditary
Sure, horror never gets the attention it deserves from award-giving bodies — but there are some performances that crash through genre bias and demand to be taken seriously. Toni Collette’s fearless turn as a mother in the grip of a waking nightmare was building steam early this awards season, notching a Gotham Award win and an Independent Spirit nomination before it hit the wall of the Golden Globes. The HFPA has shown love to her in the past with five previous nominations (two for film, three for television), so if the actress was going to crash through the horror ceiling at the Academy Awards, a nomination here would have really helped. It seems our sacrifices to Paimon have been ineffective.

Ethan Hawke for First Reformed
Here’s another case of the HFPA generally ignoring what other press associations have done so far this season. For his career-best work in Paul Schrader’s searing examination of a loss of faith in a failing world, Hawke was notching citations right and left over the past month: a Gotham Award for Best Actor; the same prize from the New York Film Critics. Yes, the Globes aren’t exactly known for reaching deep for existential dramas from controversial filmmakers, but this one seemed like it had the star power and acclaim to break the pattern. Maybe there really is no God. Pass the Pepto and whiskey. 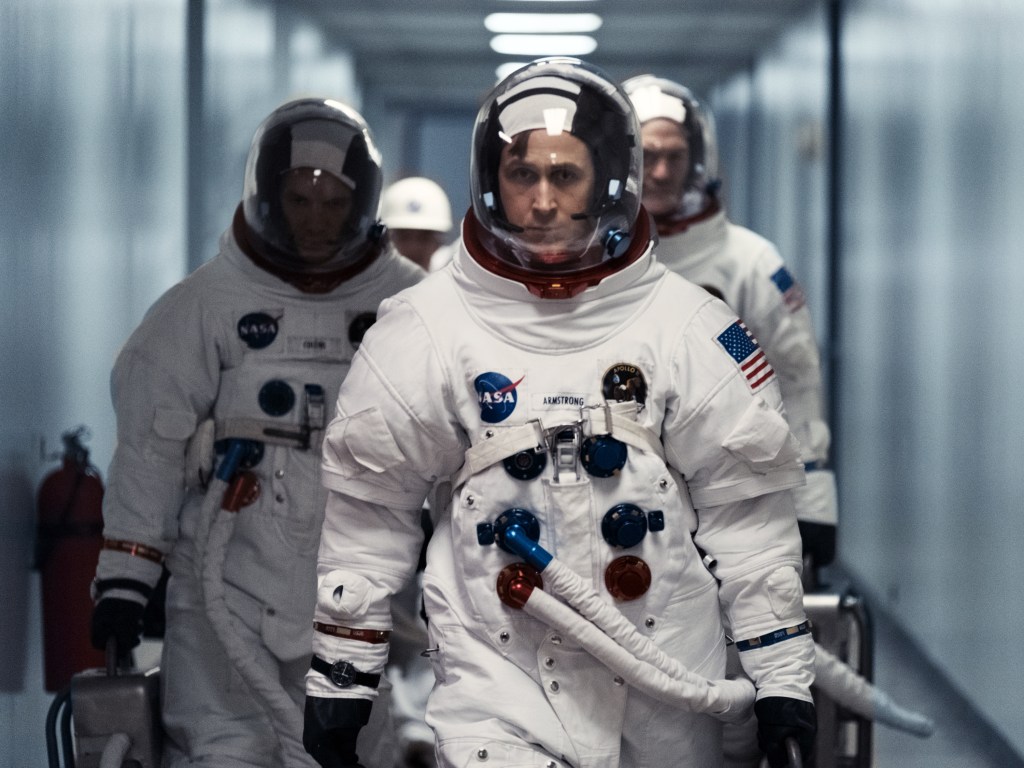 First Man
So we can send a man to the moon, but we can’t get a movie about it nominated for major awards? One of the more interesting film stories of the year has been the rise and fall of Damien Chazelle’s follow-up to La La Land, considered a lock for a dozen or so major nominations over the summer. Then it began playing the fall festivals, and somehow began falling faster than a jettisoned fuel tank. If any group was going to save the Oscar prospects of First Man, it seemed to be the one who basically turned their entire awards show over to Chazelle’s last film. (La La Land won seven Globes!) Claire Foy popped up in the Supporting Actress category, but Ryan Gosling missed out on Best Actor and the film was absent from Director and Picture. It’s seriously running out of awards-season oxygen.

The Handmaid’s Tale for Best Drama
One of the most interesting stories of last year’s Golden Globes was that the winners for Best Drama and Best Comedy were both streaming series, and neither were from Netflix. That could happen again … but it won’t be a repeat for Hulu as their biggest hit from last year. Even though The Handmaid’s Tale did earn nods for Elisabeth Moss and Yvonne Strahovski, the dystopic drama was stunningly shut out of the big category. The second season may not have been the critical darling like it was during its inaugural go-round, but it’s uncommon for the Homecoming King to not even be invited to the dance the next year. And unfortunately, it kind of happened twice this year …

Atlanta for Best Comedy
A showdown between the last two Golden Globe winners for Best Comedy — The Marvelous Mrs. Maisel and Atlanta – seemed inevitable. But the Prime Video hit has a much clearer path to a second prize with Paper Boi & Co. out of the way. In one of the single most inexplicable snubs of the morning, Atlanta landed a nod for Donald Glover but missed out in Best Comedic Series. In their all-too-common rush to embrace new shows, the surreal, sui generis FX show was pushed aside this year for Kidding and The Kominsky Method. Somebody call Teddy Perkins stat.

Ted Danson for The Good Place
At the Emmys this Summer, fans of the best show on network television bemoaned the fact that Ted Danson was the program’s lone major nomination. As for the Golden Globes — well, they do love to be different. It’s fantastic to see Kristen Bell’s underrated work land a Best Actress nomination and extra cool that the show got into Best Comedic Series for the first time. But it’s forking shirt that Danson has yet to be nominated for the sitcom here. He’s an 11-time Globe nominee – and three-time winner – but has somehow missed the cut every season. You’re running out of chances to fix this one, HFPA. 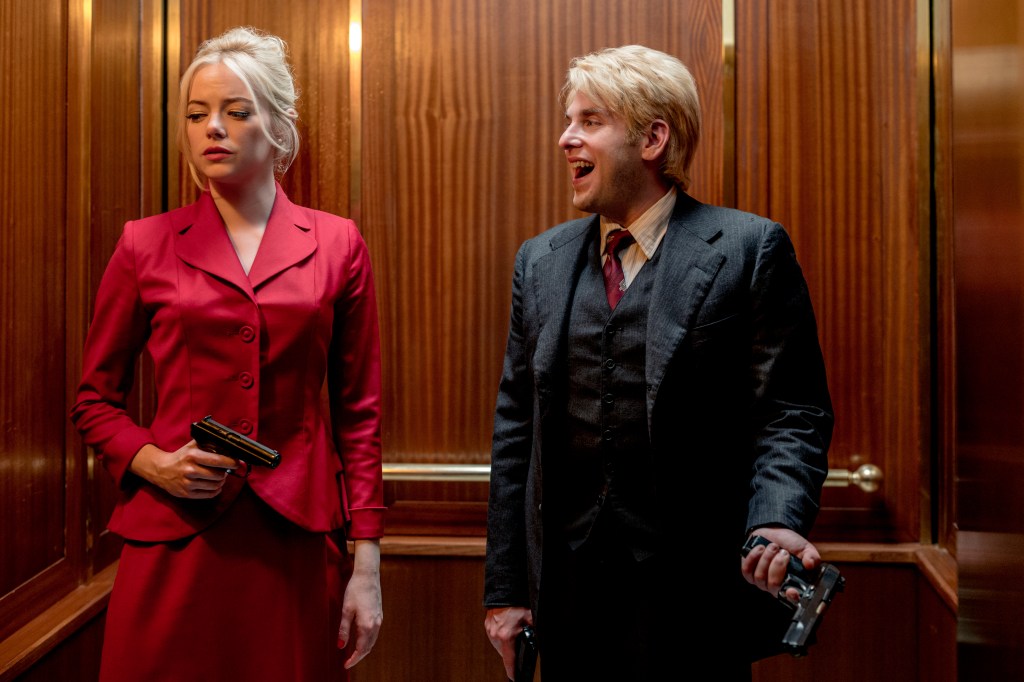 Anything at all for Maniac
Sci-fi mindfucks aren’t exactly the milieu of the Golden Globes. But they absolutely, positively adore star power (for better or worse), so the complete absence of Netflix’s show is a bit of a shock. Nominating Maniac could have gotten Jonah Hill, Justin Theroux and director Cary Fukunaga on the red carpet (Emma Stone will already be there for her nomination for The Favourite). Perhaps the Limited Series categories were just too stacked with worthy nominees — it’s hard to pick out any posers in groups that include Patricia Arquette, Laura Dern, Amy Adams and Benedict Cumberbatch. Still, we’re surprised the HFPA erased this particular celebrity-heavy show from its memory banks.

Sissy Spacek for Castle Rock
Again, “serious” awards groups often dismiss horror outright, but you’d be hard-pressed to find a single performance more acclaimed from 2018 than Sissy Spacek’s breathtaking work in the seventh episode of this Hulu show. In “The Queen,” the living legend — who virtually defined the screen legacy of Stephen King with Carrie four decades ago — captured a real horror in the confusion and pain that can be caused by dementia. It’s one of the best pieces of work in an unforgettable career. And if you’re gonna reach to reward the new shows and performances before the Emmys can, HFPA, at least make sure you get the best of the bunch.

Robin Wright for House of Cards
Netflix’s first real dramatic hit was once a Golden Globe darling, landing three nominations for Robin Wright, including one win. It sure felt like one last farewell nomination was likely this year, especially given the heavy lifting Wright did to force the show’s return after the firing of Kevin Spacey. The best thing about the final season, by far, was her still-searing performance as the new commander-in-chief. It’s too bad the HFPA couldn’t look past the controversy and give Claire Underwood one last trip to the red carpet. Can we demand a recount?

Bodyguard showing up in Series and Actor
From the Surprises Dept.: Every year, there’s a series nomination or two that comes completely out of left field. This is the group that didn’t just nominate the barely-seen Mozart in the Jungle, they gave it Best Comedy! So a “huh” nomination or two is practically par for the course from HFPA. This year’s most unexpected nominations came for Netflix’s Bodyguard, which landed nods for Best Actor and Best Drama. The six-episode series about a relationship between a Secret Service agent and a home secretary that broke records in the U.K. dropped on Netflix in October, and these shocking nominations should lead more viewers to it. Still, home-country hit or not, we didn’t see this one coming.