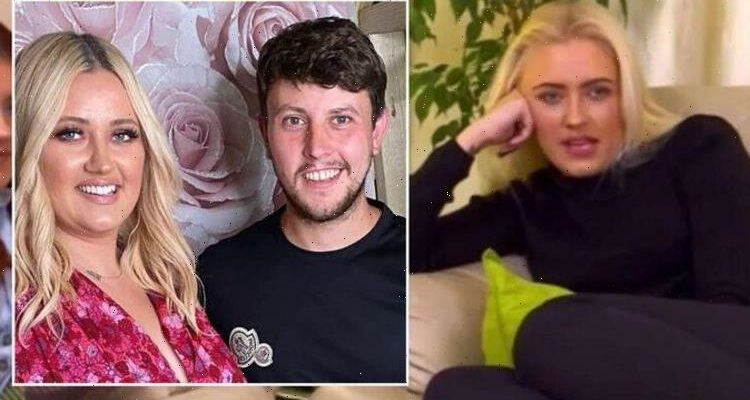 Gogglebox: Ellie Warner seems to be holding something cheeky

Sisters Ellie and Izzie Warner, who regularly feature on Channel 4’s Gogglebox, didn’t make an appearance on Friday’s show after Ellie’s beloved boyfriend Nat Eddleston was injured in an alleged hit and run incident in Leeds last week. Meanwhile, fans of the much-loved show have sent their prayers to the siblings.

Ellie is set to take some time away from the show after her boyfriend was hospitalised last week.

Although her sister Izzie was also missing from the episode, the TV star could be set to return sooner than her co-star.

Taking to Twitter, one fan @Rozzi_98 wrote: “No Ellie and Izzie this week due to Nat’s accident.

“Hopefully he makes a full recovery. #Gogglebox,” they said.

Sending love to them all and get well wishes to Ellie’s boyfriend Nat. #Gogglebox.”

@mikepriestley13 weighed in: “Would like to say my thoughts are with @ellieandizzi at this difficult time after ellie boyfriend was involved in a accident in the last week. #Gogglebox.”

While @JackWetherill remarked, “I love Gogglebox so much but can’t help feeling it’s a little bittersweet tonight with everything happening with Ellie and Izzi, sending so much love and hope to them #Gogglebox.”

Another, @MissSarahWelf cried: “Sending all my love to Ellie & her boyfriend Nat (and of course Izzi) and this very difficult time.” (sic)

Earlier this week, a source told the Daily Star that Ellie would be taking some time away from the show to continue to be by his side.

The source said: “Ellie has been told to take all the time she needs – everyone on the show is hoping and praying Nat will be ok.”

It has been reported that Nat is living hour by hour in an intensive care unit with a broken neck and collapsed lungs.

West Yorkshire Police had confirmed the road in Halton, Leeds, was cordoned off on Saturday morning, March 19, as they gave an update on Nat’s condition.

They said: “The pedestrian remains in a critical but stable condition and inquiries are ongoing.”

Meanwhile, an inside source shared the support being offered by the broadcast, to help the siblings around this difficult time.

They told The Sun: “Channel 4 takes the duty of care really seriously.

“Obviously Ellie and Izzi are two of the most loved regulars on the show.

“Producers have made it clear there is no pressure to return to filming and they can take all the time they need.”

With his beloved friends and family by his side, fans continue to share their support for the couple.