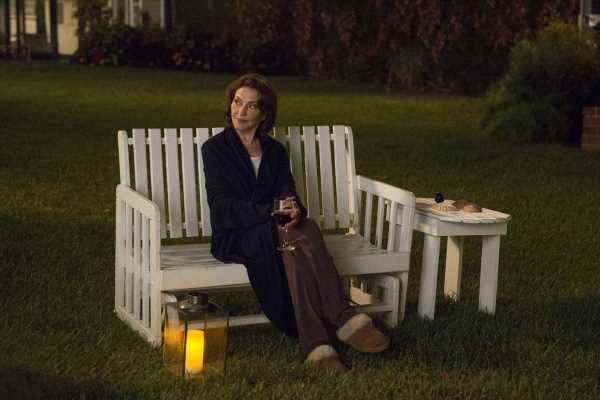 Emily Gilmore didn’t have too many life-changing moments on Gilmore Girls. For most of the comedy-drama’s seven seasons, main character Lorelai Gilmore (played by Lauren Graham) painted her mother as a villain with a cold heart. Admittedly, Emily (Kelly Bishop) was not always the kindest to those around her, and she placed heavy emphasis on wealth and classism.

Richard’s death was heartbreaking to many fans who fell in love with both Hermann, who died in 2014, and his character. However, the tragic loss also catalyzed Emily Gilmore’s long-awaited character growth. Here are three ways she changed in the revival.

Emily Gilmore had always been notorious for her inability to keep a maid on staff for more than a few days. She fired most of them for ridiculous reasons, including walking too loudly. Gilmore Girls mentioned nearly 60 maids seven years, and a new one seemed to appear in every episode.

The Gilmore household’s revolving door of maids became a running joke. Gilmore Girls even dedicated an episode to it, as one maid sued Emily for wrongful termination.

Then, to everyone’s surprise, Emily brought a long-term maid into her home in the revival. Previous seasons would have seen the woman, Berta (Rose Abdoo), fired within a few days because she spoke a language Emily could not understand. However, Berta remained in Emily’s home for all four episodes of A Year in the Life.

Even more surprising was the fact that Emily allowed Berta’s entire family to move in, as well. Emily’s acceptance of Berta and her family goes to show that she’s turned into a more compassionate and understanding woman.

Bishop spoke about her character’s attitude shift regarding maids in an interview with The Hollywood Reporter.

“Somehow this woman came into her life, and I imagine if I could justify it, trying to think of the way Emily thinks, it was just, ‘Sure, sure sure. Yeah, let it happen. OK, fine.’…Because she wouldn’t have the strength or the focus, I think, to be able to turn around and say, ‘No, these people can’t live here,’” Bishop said. “It’s like, ‘Fine, take care of me. I can’t deal with this.’ And then the food’s really good, and the husband is an amazing handyman, and Berta is so cheerful.”

She let go of the social status she always held dearly

Gilmore Girls fans may remember the time when Emily told Rory that “status matters.” Emily believed this to her very core; the way others perceived her and Richard played a significant role in her behavior. While Richard went to work, Emily busied herself by running the Daughters of the American Revolution (DAR) and attending various functions. She made the Gilmores’ wealth known to anyone she encountered.

However, when Richard died, Emily slowly gave up on her social status. As she attempted to find herself after his death, Emily traded in her luxury skirts and heels, a sign of her wealth, for jeans and Ugg boots. Then, a pivotal moment arrived at a DAR meeting.

Emily became fed up with the “bull—-” routines of the DAR. After all, the group was really more of a social club than a legitimate organization. She walked away from the DAR for good, saying, “This whole thing is dead to me anyway. It died with Richard.”

“She’s telling the truth right there. She just doesn’t see any point in it,” Bishop told THR of that scene. “Obviously, these women were not her friends. They were her social circle, along with her garden club, apparently, and whatever country clubs they belong to and that sort of thing. But they weren’t friends, so she didn’t really have any reason to hang around with them anymore, and she was seeing through the whole thing.”

Gone were Emily’s days of being prim and proper and worrying about the opinions of others. She started swearing, slept in until noon, and even got a job at a museum in Nantucket. Without social status holding her back, Emily could truly thrive.

Emily saw herself first and foremost as a wife. She married Richard at a young age immediately after living with her wealthy parents, so she never experienced much independence. That’s why, without Richard, she lost herself for a while.

Not long after Richard’s death, Emily sought comfort from a close friend named Jack. The two began dating, but by the end of A Year in the Life, it became clear that she wasn’t into the relationship. She was eager to finally have some time to herself because she realized she didn’t need a husband to complete her.

Additionally, Emily’s newfound independence became evident when she sold the Gilmore house and moved to Nantucket, a place that she loved dearly. Without Richard, she no longer felt an attachment to the mansion in Hartford.

There was never a doubt that Emily loved Richard, but his death led her down a better path that she wouldn’t have found otherwise. Finally, a new chapter in her life could begin.