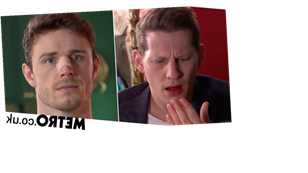 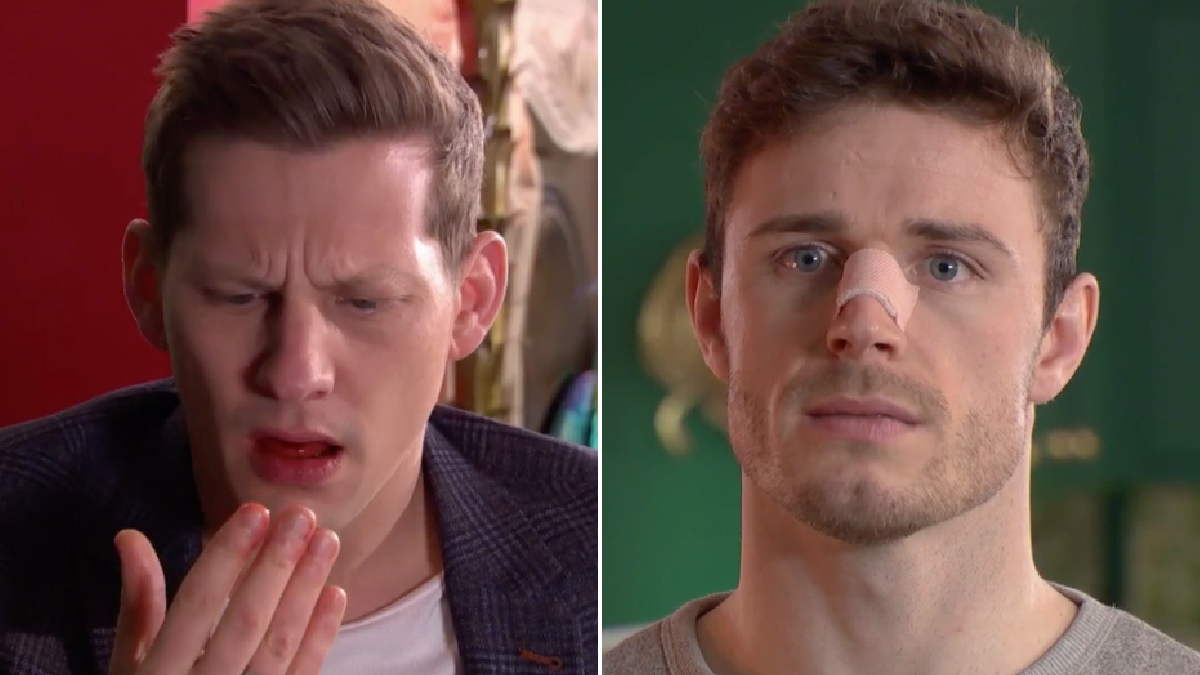 George Kiss (Callum Kerr) lashed out at John Paul McQueen (James Sutton) once again in Hollyoaks tonight (February 26), as he left his partner bleeding after smacking him across the face.

John Paul found himself being arrested during last night’s edition of the Channel 4 soap, after Peri Lomax (Ruby O’Donnell) reported him.

Peri thought he’d assaulted George, as George deliberately misled her into believing such a thing.

In tonight’s episode, John Paul professed his innocence in the police station, while Goerge met up with DS Cohen (Ariana Fraval) to explain the situation.

However, little did the abuser know that Sally St Claire (Annie Wallace) had arrived in the cafe, and therefore she overheard the copper’s little conversation with his boss.

George didn’t jump to his beau’s defence, which left Sally confused, and upon John Paul’s release, she informed him that she doesn’t think his boyfriend is the hero he is making himself out to be.

John Paul put two and two together, and accused Goerge of deliberately misleading Peri, but George denied such a thing.

However, the abuser became aggressive, and as John Paul attempted to apologise, he lashed out once more, and smacked the teacher across the face.

John Paul lay on the floor, blood in his mouth, and Sally — having entered the apartment — was left in shock at the sight before her.