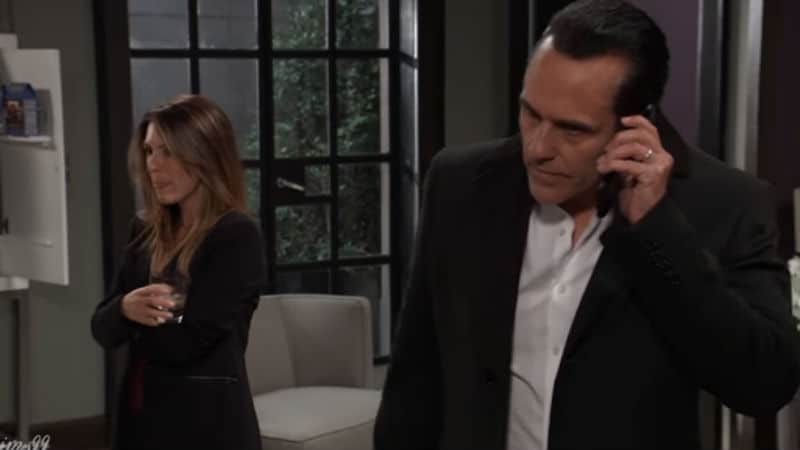 General Hospital writers have a way of taking something that is working and changing it up for some added drama. Currently, things between Sonny (Maurice Benard) and Carly (Laura Wright) have been going well. Now, there is speculation that their lives may get turned upside down.

Sonny killed Margaux’s (Elizabeth Hendrickson) father and now, she wants him to pay for it. He tried to beat her at her own game and it didn’t exactly go over well. Now, they are stuck in a game of cat and mouse and General Hospital fans are growing concerned.

Margaux and Sonny have chemistry

Despite loving one woman, Sonny straying seems to be a very real possibility. He has incredible chemistry with Margaux and after staying the night to keep an eye on her after she drank too much, General Hospital fans have wondered if more will happen.

The guilt of leaving a child without a father is eating the mob boss alive. Even though it was Margaux’s own mother who ordered the hit, Sonny was the gunman who made it happen.

Jeanette (Ely Pouget) admitted to her part in what happened, and that is what sent the Port Charles District Attorney into a downward spiral with alcohol that night.

They run into one another a lot

For every move Sonny has made, Margaux has attempted to hit back. She is eager to get him indicted for something, but would she even be able to go through with it?

In the newest preview for this week, the two cross paths once again. The dance they do when alone with one another is piquing interest and leading to plenty of speculation.

Tearing Sonny and Carly apart may cause an uproar for fans who are shipping these two together right now. Laura Wright is widely popular with the fans as Carly and currently, being married to Sonny is where many want her.

Would a Sonny and Margaux pairing even work? Stay tuned General Hospital fans, things in the soap world change on a dime and this time, it could be explosive!