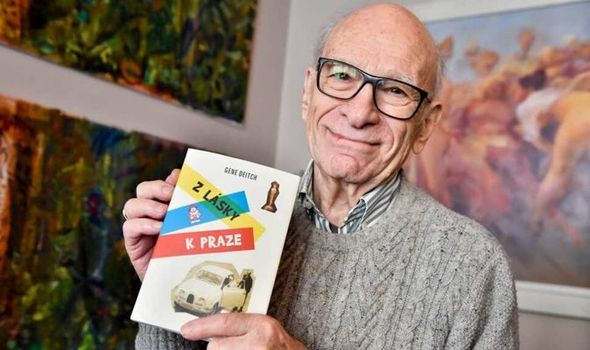 The director of the popular Tom and Jerry animated cartoons, Gene Deitch, has died at the age of 95.

The Oscar-winning illustrator died on Thursday night according to reports, and he was found at his apartment in Prague.

Petr Himmel, is publisher, confirmed the news to The Associated Press and it was reported the star died ‘unexpectedly’.

No further details have been given, but the film director and producer was last seen in his apartment in the Litter Quarter neighbourhood.

He is best known for his work on the Tom and Jerry animated series, and he directed 13 episodes.

Deitch was also known for his work on the famous Popeye the Sailor series and in 2004 he received the Winsor McCay Award for his lifelong contribution to animation.

Fans and colleagues have taken to Twitter to pay tribute to him, with one fan saying: “R.I.P Gene Deitch. You lived the artist life and impacted countless generations. It’ll never be forgotten.”