Former Emmerdale star Gemma Oaten has revealed that she doesn’t know if she can have children or not, following her past battle with an eating disorder.

The actress, who developed anorexia at 10 before struggling with bulimia, appeared on Lorraine to discuss her experience with Milk-alkali syndrome earlier this year, which saw her rushed into hospital.

Gemma explained that she had initially brushed off her symptoms as ‘anxiety and stress’ before ‘dangerously high’ calcium levels left her needing urgent treatment as she was diagnosed with the condition.

She explained that her calcium levels had increased so much due to ‘years of taking calcium carbonates through Rennies’ after her experience with bulimia.

The soaps star, who also acts as CEO of SEED Eating Disorder Support Services, a charity her parents set up, also shared that she still faces issues due to her past eating disorders, despite being in recovery for 15 years.

She told Lorraine Kelly’s stand-in Carol Vorderman: ‘I don’t share my story for a “woe is me” or the violins. I share it because I don’t want anyone to go through what I am. 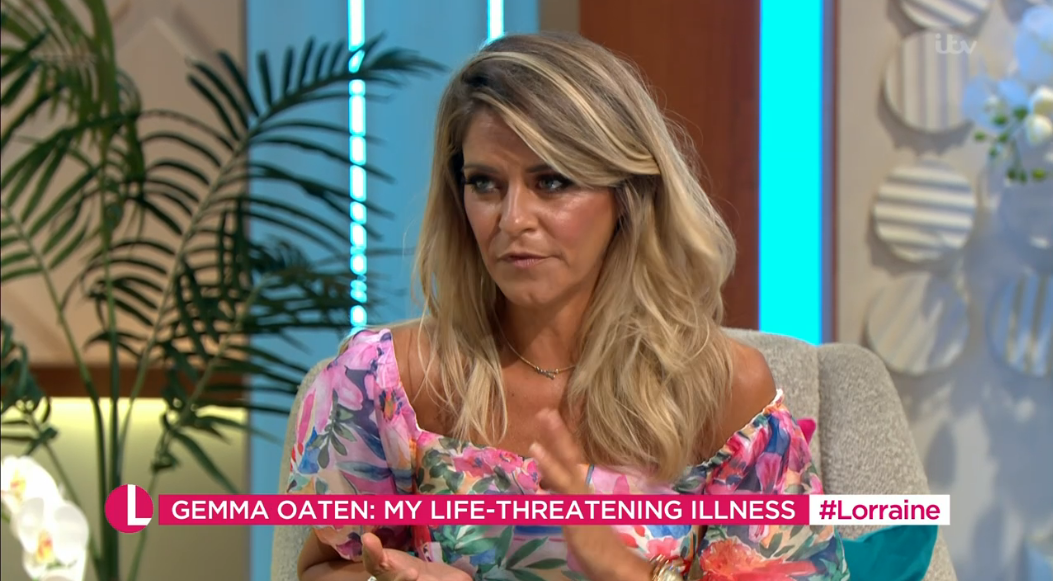 ‘Even though I’ve been well for 15 years, this last year I found out I don’t know whether I can have children, [and] I had the Milk-alkali syndrome because I was trying to do something I thought that was right but it wasn’t.

‘Tomorrow I’m going for major dental surgery because my teeth are falling apart from years of damage.’

She added: ‘It’s such a difficult and toxic illness to battle – it’s a mental health illness. A lot of people think it’s about vanity and social media – it’s not, it’s about human beings struggling with pain.’

Gemma previously opened up about how she had nearly been killed four times by her eating disorder in a column for Metro.co.uk’s Mental Health Awareness Week.

‘Early intervention is KEY when it comes to eating disorders,’ she wrote. ‘Because I didn’t get that I nearly lost my life. However, I had a fire inside me because my parents gave me the spark by not giving up on me and by making me remember who I was.’

The actress also revealed that she will be returning ‘to her roots’ in the North with a leading role in the Hull Truck Theatre production of Ladies Unleashed later this year, with rehearsals starting in September.

Lorraine airs weekdays at 9am on ITV.

If you suspect you, a family member or friend has an eating disorder, contact Beat on 0808 801 0677 or at [email protected], for information and advice on the best way to get appropriate treatment