The former Towie star has been updating her fans with her progress this week after she took a nasty tumble during the live show of Dancing On Ice last Sunday. 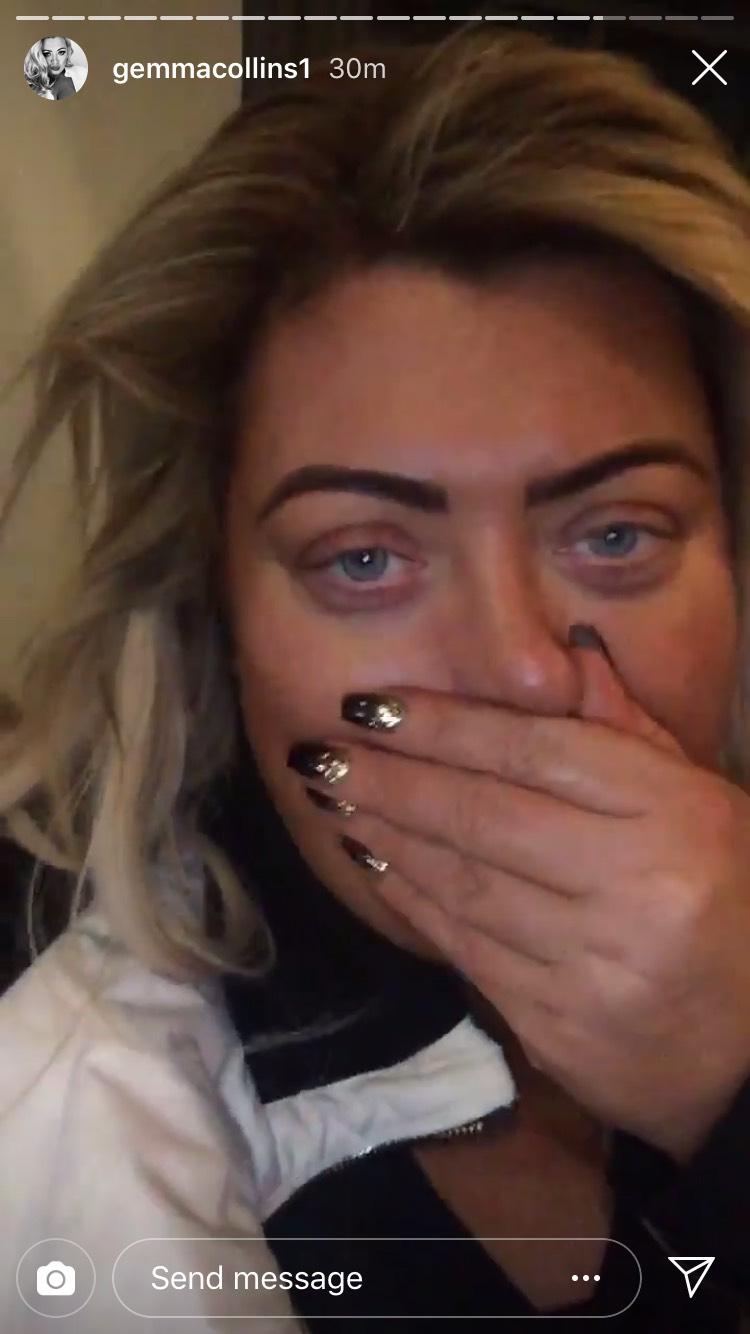 Speaking to the camera she said: “The night before dancing on ice I've had another fall today. I'm in absolute agony.”

The star was still in her heavy make-up from the dress rehearsal and as she spoke about her latest spill on the ice she couldn’t help but cover her face with her hand.

Gemma continued: “I’ve been crying like, I don’t know what.”

The bubbly blonde still seemed to be in good spirits though as she introduced fellow skater Brian McFadden’s girlfriend, Danielle. 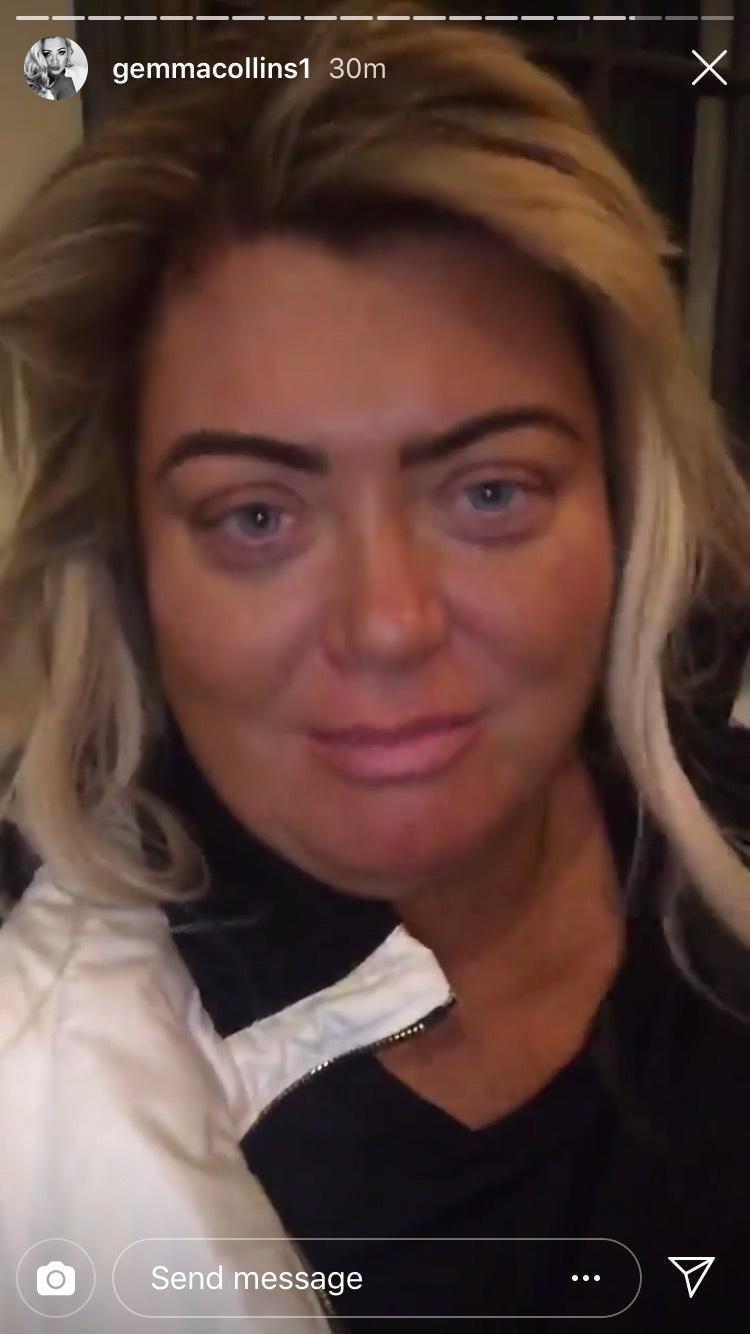 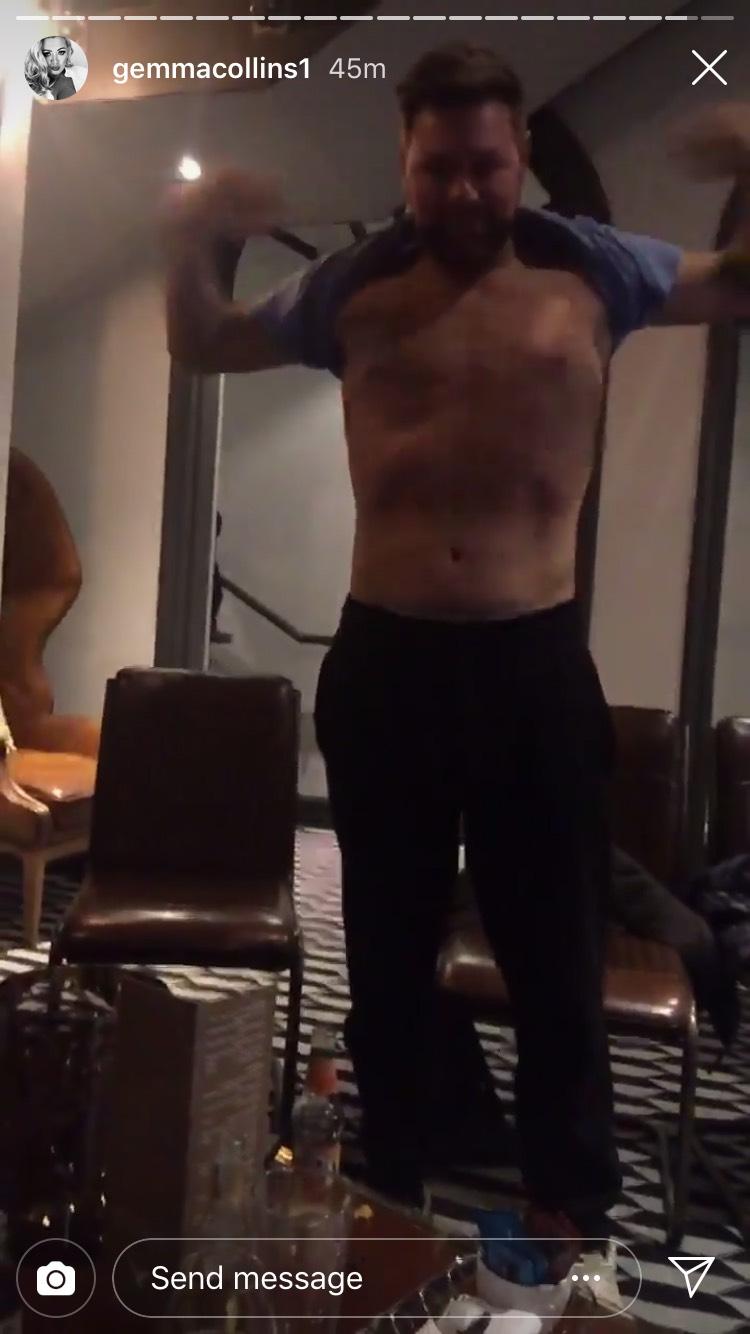 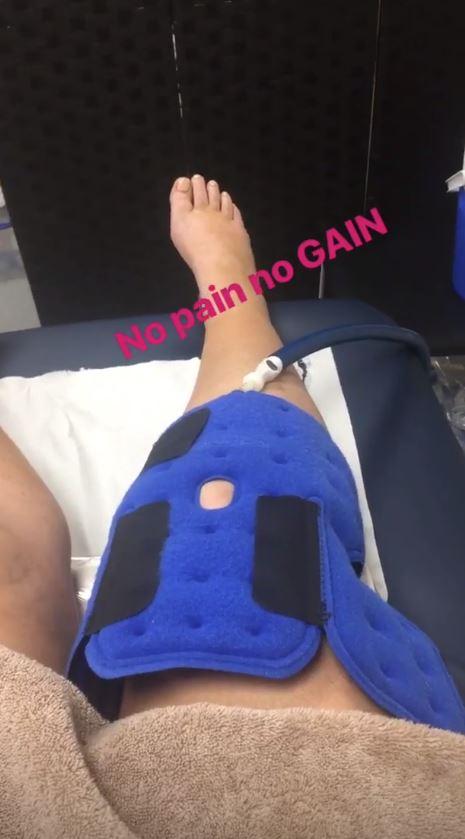 Danielle laughed as she added she had “the GC seal of approval.”

Former Westlife singer Brian was also in the video, asking the girls if they wanted to see his six-pack before whipping off his t-shirt.

Gemma will no doubt already be nervous about tomorrow’s live show after falling over last week and badly bruising her knee. 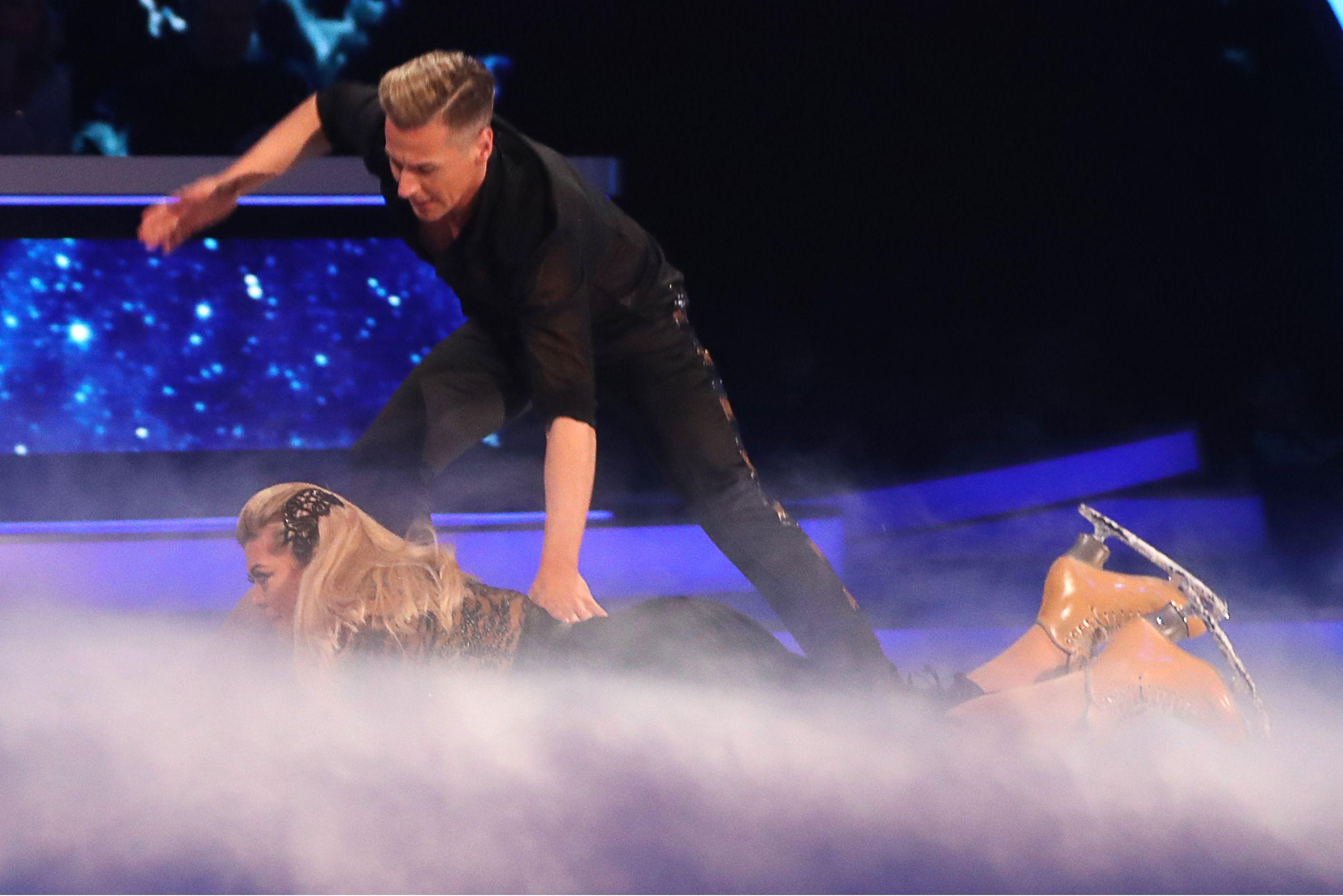 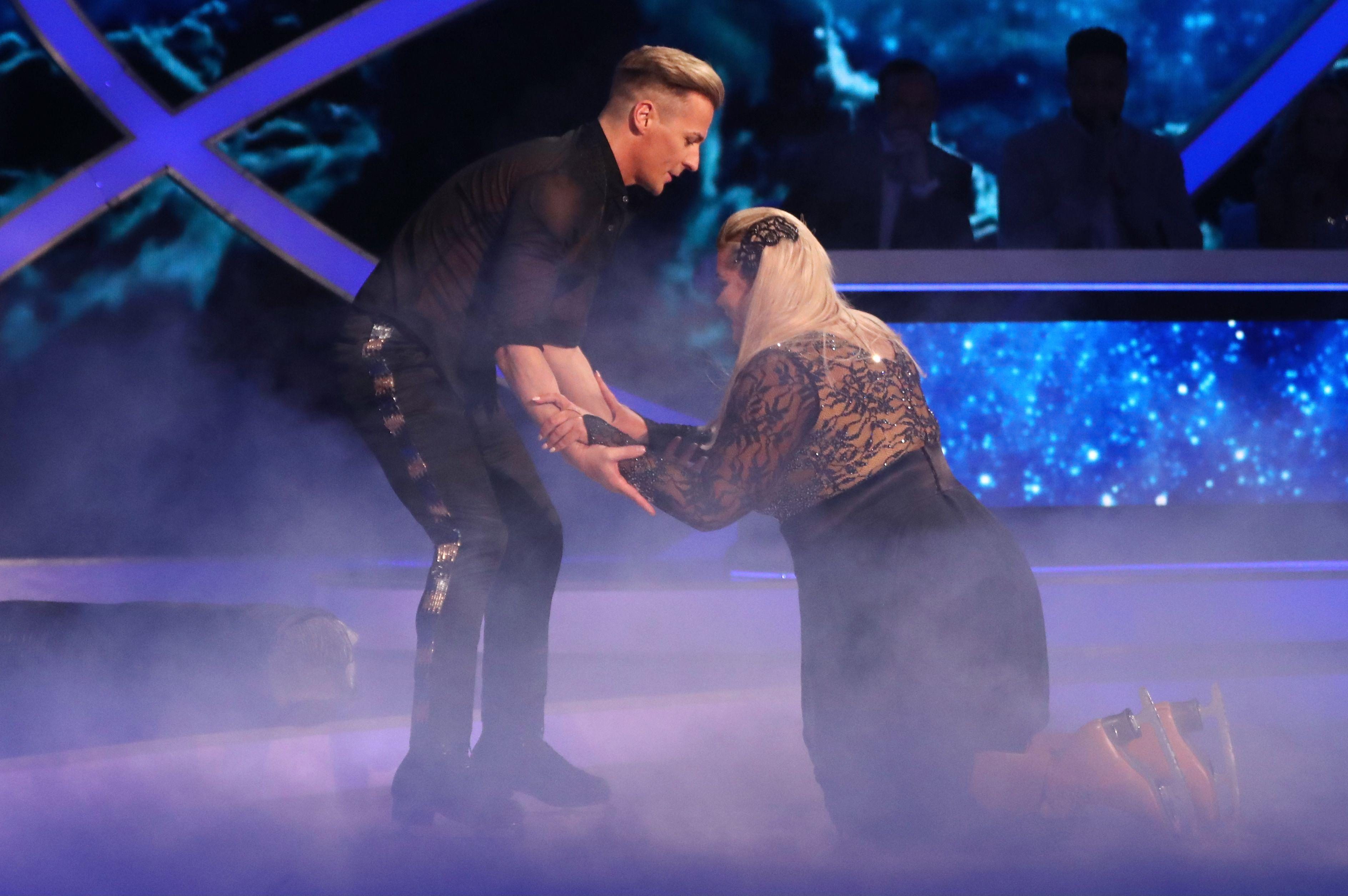 Fans were shocked when she tripped on the ice as she struggled to catch up with partner Matt Evers, sending her flying forward and crashing face first to the ice.

Ever the professional, Gemma jumped back up and finished the routine with a big smile on her face – before bursting into tears and getting her highest score of the series from judges.

Later that night, the 37-year-old soothed her injuries with ice packs on her knees but had to miss a day’s training and to move around in a wheelchair. 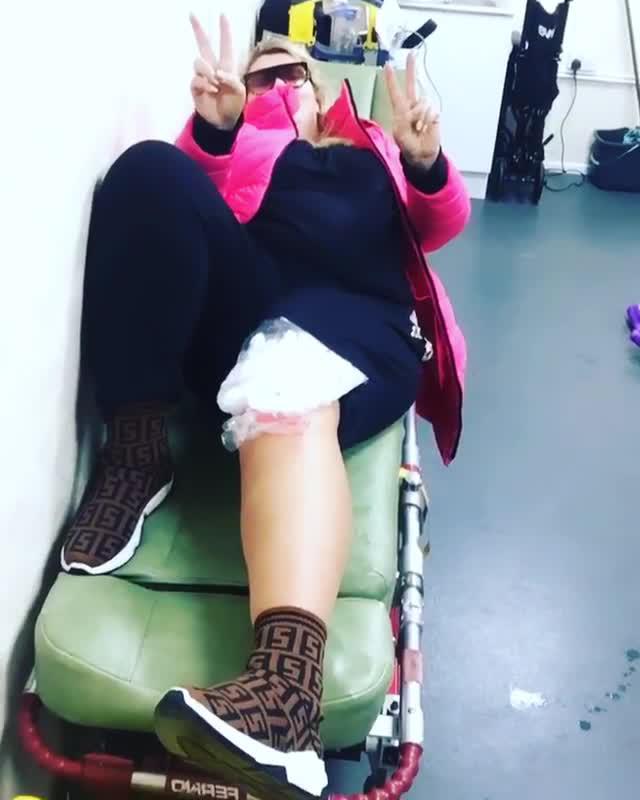 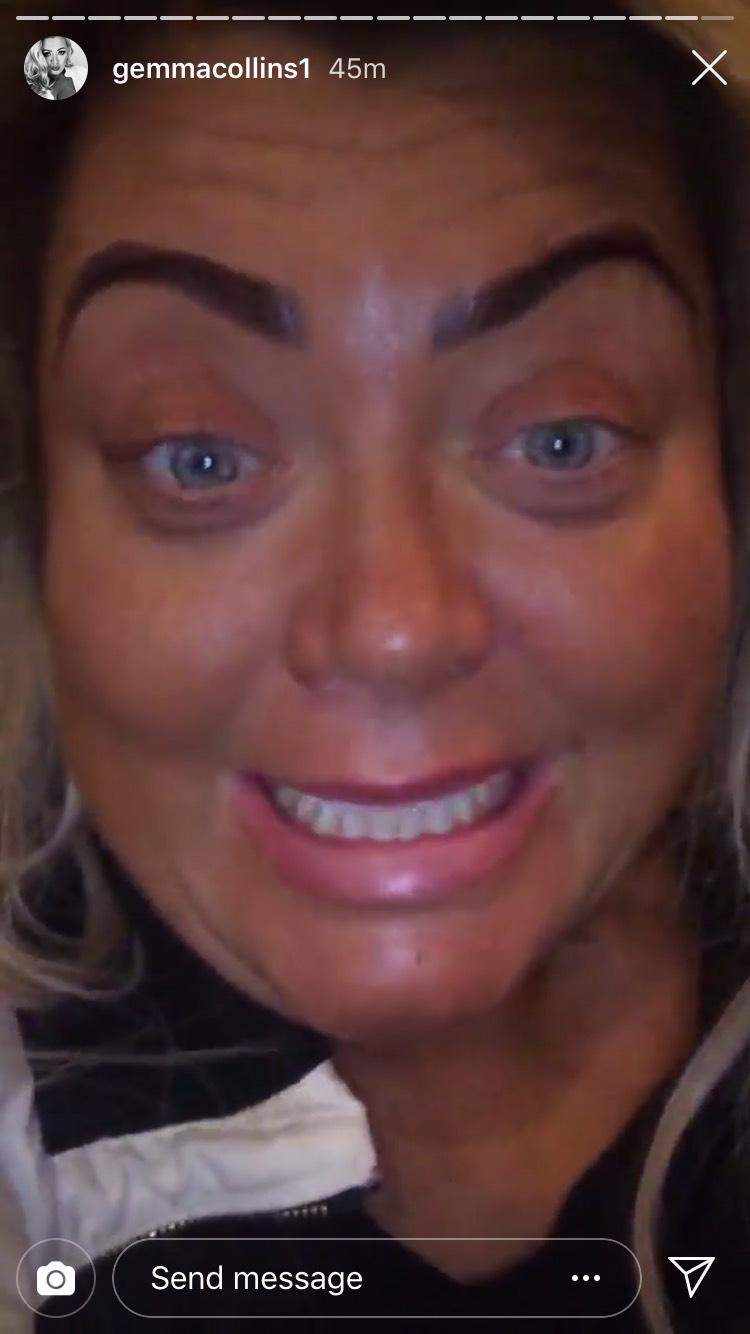 Boyfriend Arg later revealed how much pain she was in, telling us: “Gemma couldn’t sleep last night because she’s in so much pain.

“The swelling around her thighs and knees is horrific, and she’s black and blue all over.

“She's struggling to walk so I had to carry her to the car earlier, and she's been using Joan's wheelchair on and off all day because she's in so much pain.

“She’s seeing a private doctor tomorrow who will determine what will happen next. It will be her worst nightmare if she's forced to pull out of the show, she doesn't want to be a sick note, she wants to continue and we strongly believe she's a real contender to win.”