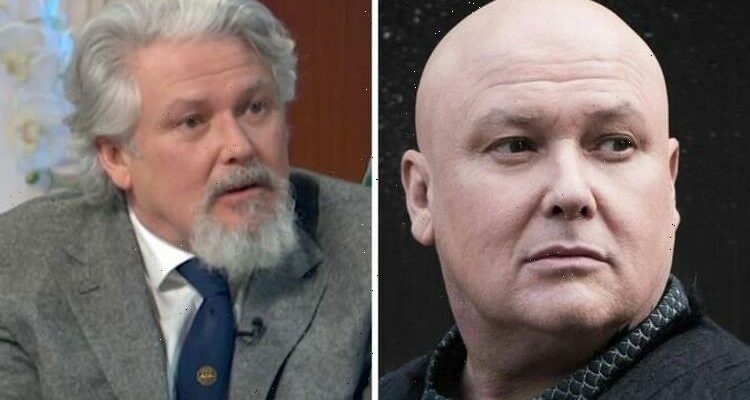 Conleth Hill discusses not being recognised in new 'Holding' role

Conleth Hill played Lord Varys in the cult hit Game of Thrones from 2011 until 2019 and entertained fans for over 40 episodes. The star has had a busy time since leaving the fantasy drama appearing in TV shows such as Doc Martin, Vienna Blood and Magpie Murders. He spoke to Lorraine Kelly about his new ITV police drama with the presenter struggling to get to grips with his look.

Sitting down to chat with the talk show host, Lorraine couldn’t help but compare his look to how he appeared in Game of Thrones.

While an image of him as Lord Varys appeared on the screen behind their interview, Lorraine said: “What a cracking role that was.”

Conleth replied: “[It was] life-changing, career-changing.”

As an advisor to Daenerys Targaryen (played by Emilia Clarke) in the HBO show, he had a shaved head, a pale complexion and only wore dark clothes.

He couldn’t look more different as he appeared on Thursday’s instalment of Lorraine.

She continued: “You were so scary in the role. I found you very frightening.”

The comment made the actor laugh, while she added: “The thing is when you go out and about, and if you are out with pals that worked on Game of Thrones, people don’t recognise you.”

Reminiscing how he would often be mistaken for anyone but an actor in the show, he told the 62-year-old about the many times he was asked to be moved from the shot.

“They didn’t [recognise him], even while in the midst of shooting, there was lots of ‘can we have that security man less close to the cast’,” he laughed.

He also admitted that he was mistaken for a “wine waiter” one time.

Conleth described: “John Bradley, who played Samwell, and I are good mates still and go to Old Trafford, and that’s the only place I don’t mind being recognised but people would ask me to leave, so they could get a photo.”

Fan of the morning talk show @gil5730 enjoyed the interview and tweeted: “Just watched Conleth Hill, what a lovely guy with or without hair he is gorgeous.”

To which @LindaBl94674248 commented underneath with: “And rather sexy too.”

Holding is based on a novel of the same name by TV host Graham Norton.

The show’s synopsis reads: “The story of an Irish police officer, Sergeant PJ Collins, a gentle mountain of a man, who hides from people and fills his days with comfort food and half-hearted police work.”

The show is set in the sleepy fictional village of Duneen.

Sergeant PJ Collins leads the dark comedy-drama having to deal with the minor, unimportant issues of residents in the West Cork village.

Holding continues next Monday at 9pm on ITV.