Warning: This story contains spoilers for Game of Thrones season eight, episode one.

Game of Thrones delivered a chilling twist at the end of the opening instalment on the final series.

Tormund Giantsbane (Kristofer Hivju) and Beric Dondarrion (Richard Dormer) were out patrolling in a northern region when they stumbled across a gruesome scene.

Little Ned Umber (Harry Grasby), who fans last saw in season seven, was killed and pinned to a wall.

He was surrounded by a spiral of bloodied limbs and it seemed to be a symbolic message from the Night King (Vladimir Furdik).

At the beginning of the episode, Ned told Sansa Stark (Sophie Turner) he needed more wagons to bring his men to Winterfell.

She agreed, and told him to pop back home to Last Hearth, which isn’t too far from The Wall, which just collapsed.

However, he didn’t make it back as he was found dead, before briefly reanimating, and then being burned by Beric.

Although a gruesome and chilling killing, the moment seems to have more significance in showing what the Night King actually wants, or rather who he actually wants.

The pattern of body on the wall appeared to look quite similar to the sigil for House Targaryen. 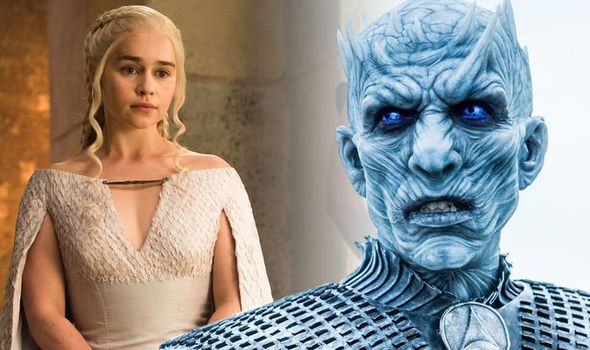 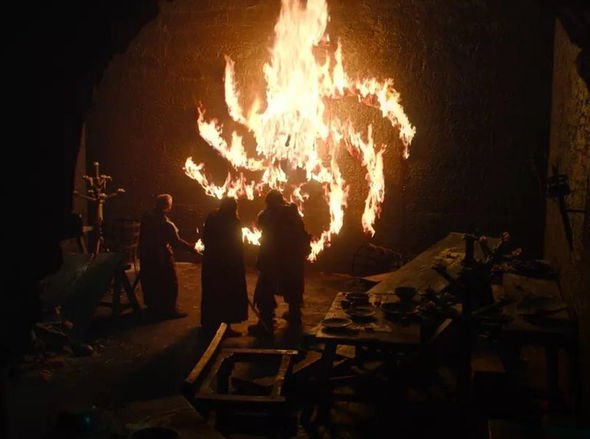 The ancient image shows a three-headed dragon and is coloured in black and white.

It has represented the Targaryen clan for years but it seems it has been used by the Night King in this gruesome death.

Nevertheless, fans flocked to Twitter to share their thoughts on what they saw, adding how they are positive the spiral is linked to Daenerys Targaryen (Emilia Clarke).

One said: “Has anyone else noticed that the #HouseTargaryen sigil and the spiral symbol of the #WhiteWalkers /#ChildrenOfTheForest are very similar???”

Another added: “Symbol at end of S8 episode 1 might have just confirmed Night King is Targaryen. I also suspect the Weirwood tree in Winterfell is where the Night King was created.” 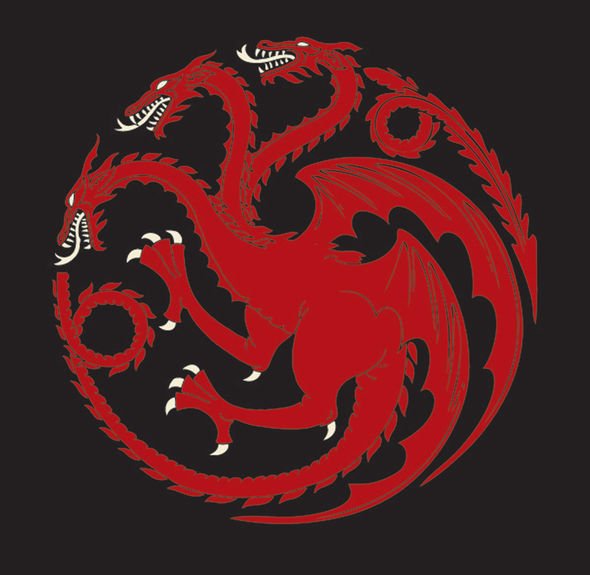 But what does it mean for the finale? Does this image actually suggest Daenerys is the one the Night King is looking for?

Many are wondering what it could mean but the spiral has certainly come up a few times so without a doubt, it will be important in the end.

Elsewhere, Jon Snow (Kit Harington) could betray Daenerys after discovering the truth about his heritage.

Game of Thrones continues next Monday at 2am and 9pm on Sky Atlantic.