SHE discussed sex dreams, taboo problems and even faked an orgasm live onscreen while hosting one of the biggest TV shows of the Nineties. 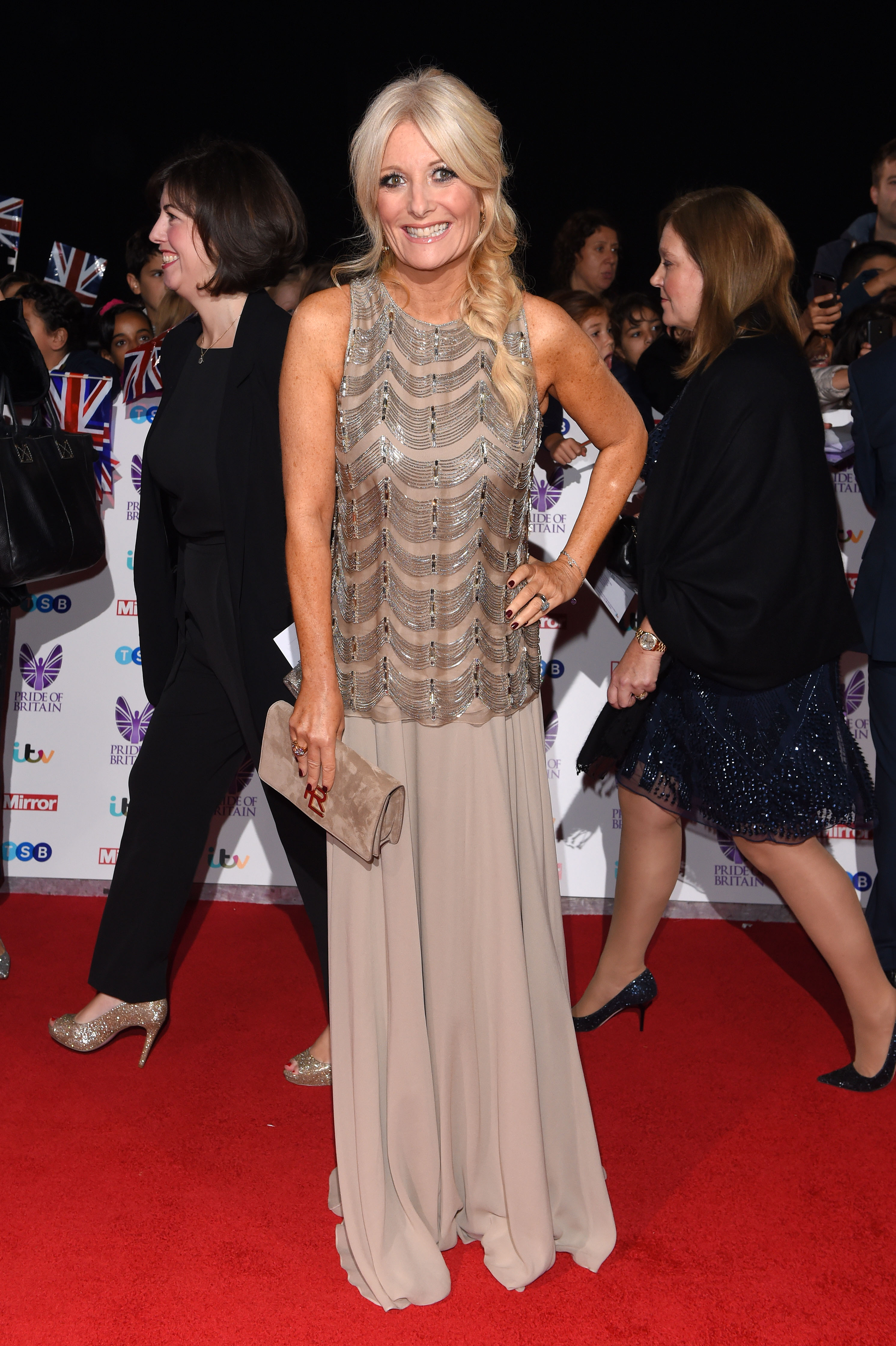 But the radio presenter reckons telly is now too “safe” and needs to be naughtier.

In an exclusive interview to mark 25 years since she left the morning entertainment show, Gaby, 56, said: “The Big Breakfast used to push the boundaries on what was essentially kids’ TV. One of the moments that I will never forget was when Billy Crystal was a guest.

“When Harry Met Sally is my all-time favourite film. He came on the show and I had to fake that famous Meg Ryan orgasm scene with him.

“That clip is still on YouTube. To my kids I’m a total embarrassment.

“I’ve thought for a long time we need riskier TV. A lot of television these days is a bit safe.” 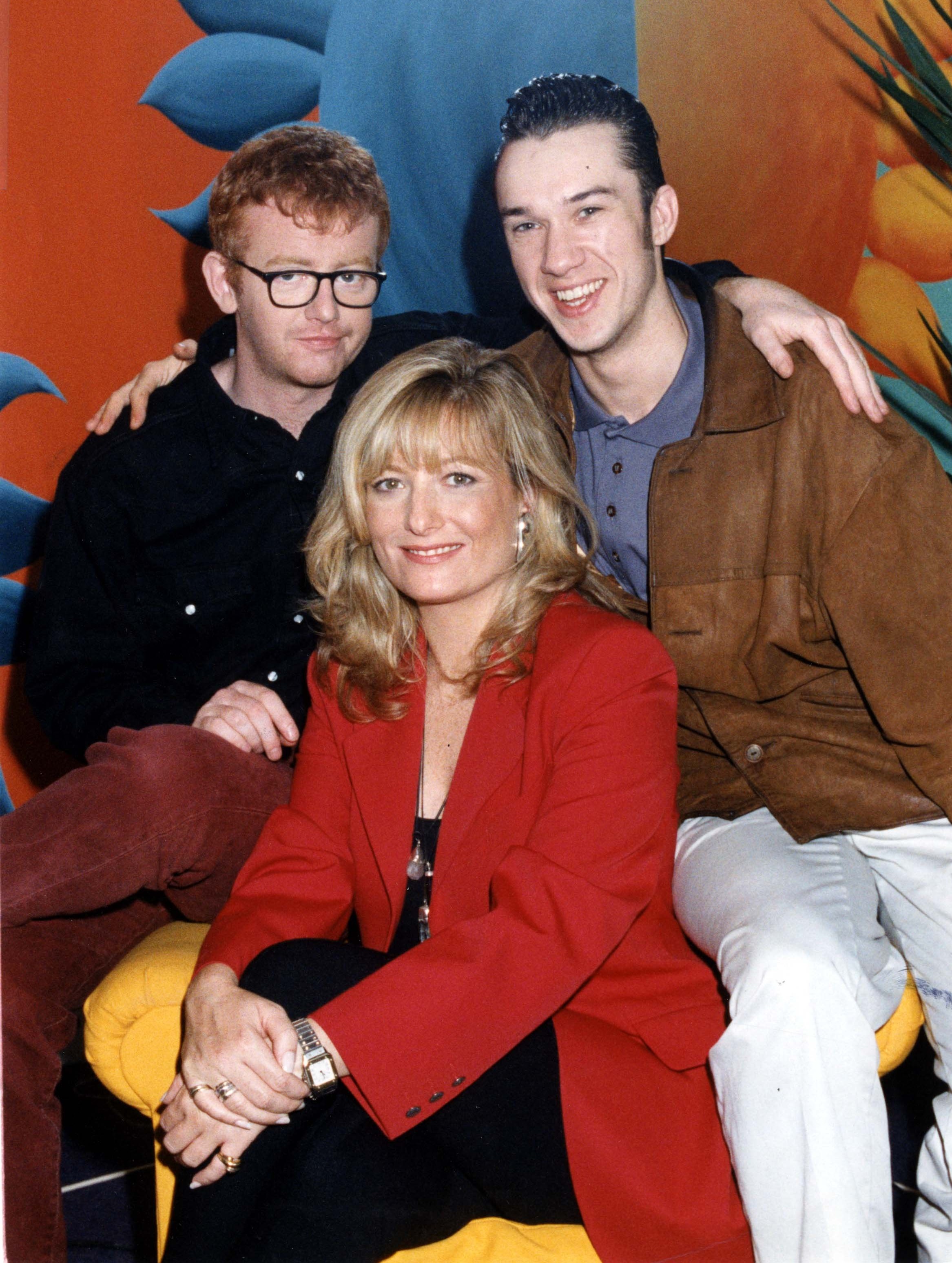 Speaking to The Sun on Sunday, Gaby tells how she is still “extremely close” to her former co-host Chris Evans and that they laugh about all the things they got away with while on the show.

She also revealed she is feeling better than ever after giving up booze three years ago.

The Big Breakfast launched in 1992 with Gaby, then aged 28, and Chris at the helm. Within a year, it was averaging 4million viewers — the ­best ratings in morning TV history.

Paula Yates, puppets Zig and Zag and later Keith Chegwin, Denise van Outen, Johnny Vaughan and Kelly Brook also became household names after ­working on the show, before it came off air in 2002.

Mum-of-two Gaby left in 1996, two years after Chris, but recalls those couple of years together as the most ­raucous of her life.

She said: “When we were presenting The Big Breakfast there were no scripts. There were just signposts to know where we were going. I just talk. That’s what I’ve always done. 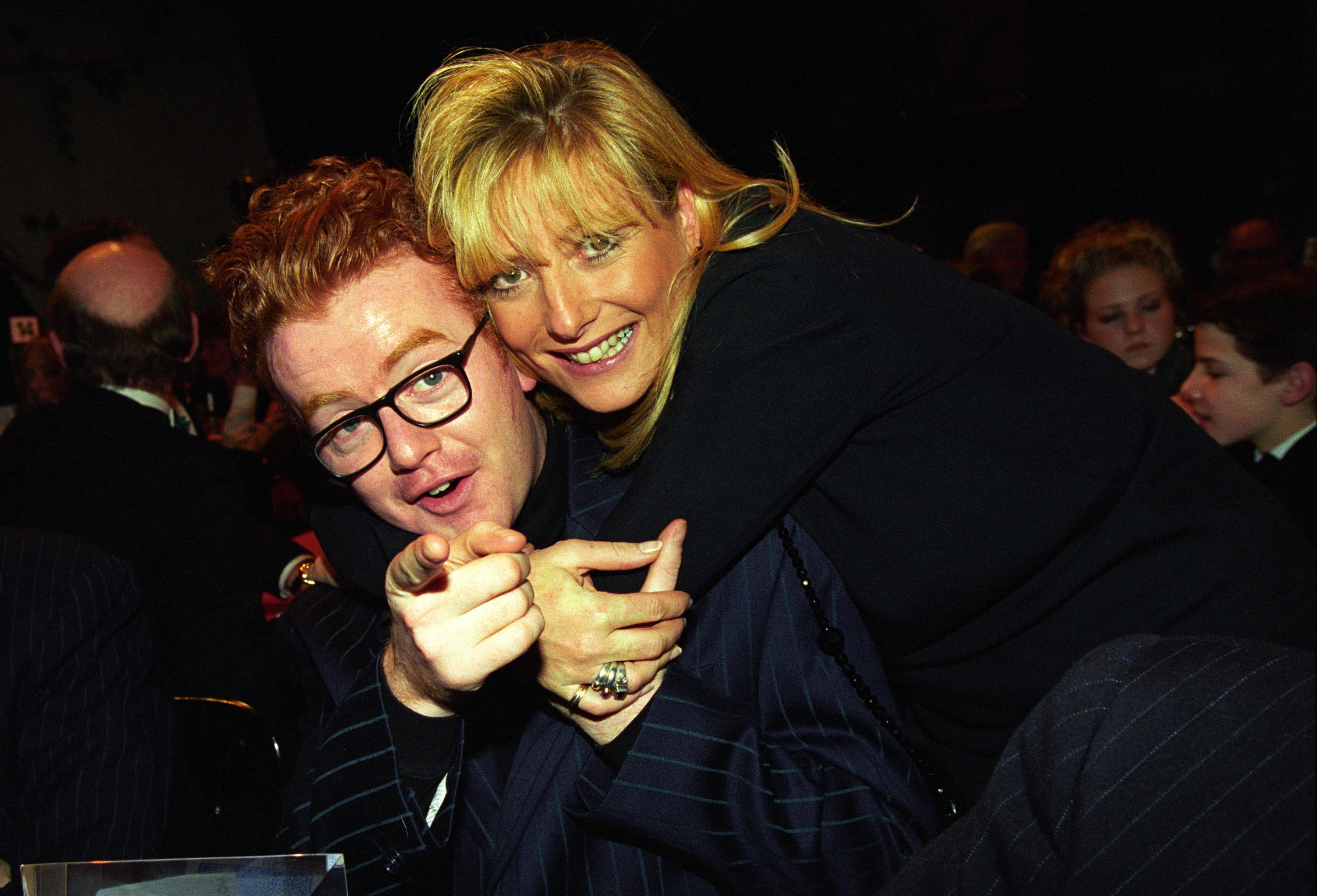 “The chemistry between Chris and I was instant. Chris is a force of nature but I wasn’t overawed by his energy. We were probably both Duracell bunnies that drove everyone mad.

“We had a great relationship. We had banter. I may have been the ­loonier one but Chris was the funny one and the riskier one.

“We were the last of the unscripted presenters. When Johnny and Denise took over it was a different show.”

I’ve thought for a long time we need riskier TV. A lot of television these days is a bit safe.

The pair shared such a close bond that Gaby is regularly asked if they were ever an item.

She said: “It is extraordinary how still, all these years later, people say, ‘Did anything ­happen romantically with you and Chris?’ and I say, ‘No, but I did have a sex dream about him once’.

“I remember I came into the show one day as usual and said, ‘Oh my God, Chris, I had a sex dream about you’. 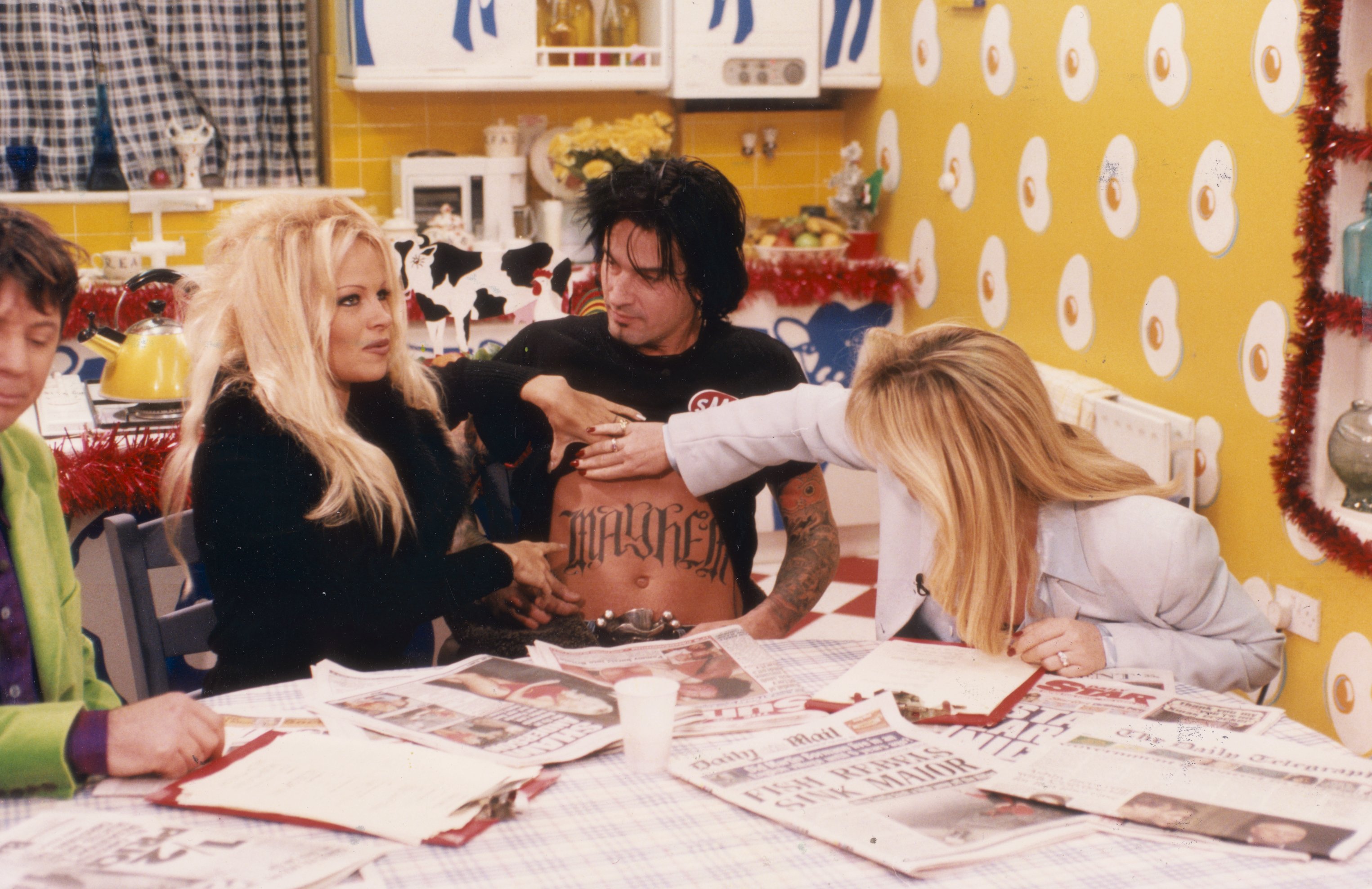 “Then we started the show live at 7am and his first words to the nation were, ‘Welcome to the Big Breakfast. Gaby, You had a sex dream about me last night, didn’t you?’

“Imagine that on BBC Breakfast today. Another time I remember we started the show and Chris said, ‘Gaby’s got PMT,’ and people went mad and said, ‘It’s disgusting that he’s talking about that’.

"But I was like, ‘Why? Why is it disgusting that he talked about it?’ I did have PMT, so what’s the problem? We definitely aired a few things you would not see today.”

Gaby, who has been married to publisher David Osman since 2013, adds: “We still speak most days. My husband thinks me and Chris have a telepathic understanding.”

Getting paid to interview some of the world’s biggest stars was not lost on Gaby.

She says: “Billy ­Crystal was obviously fantastic, although rather embarrassing. 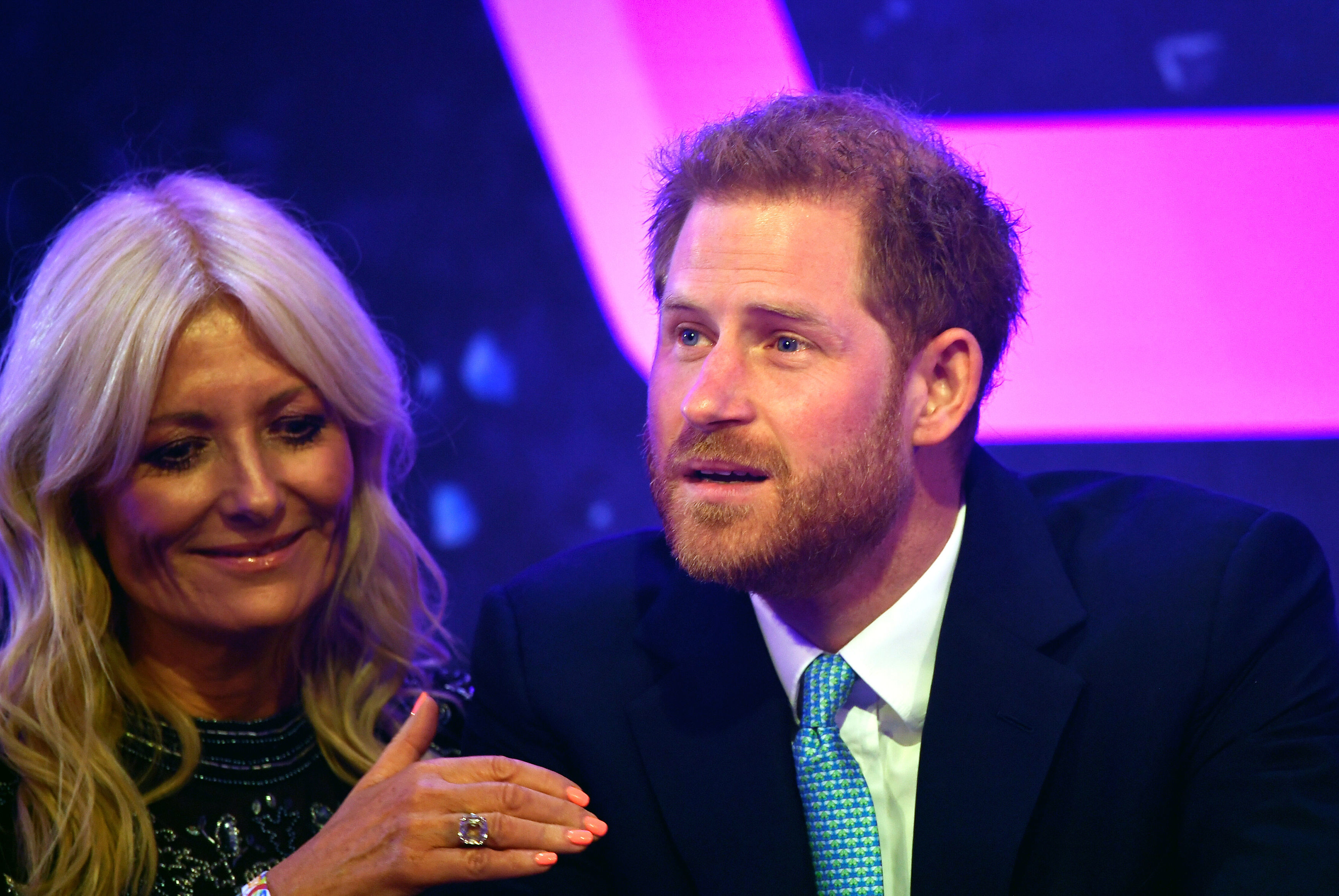 “It was quite extraordinary that I was able to do the orgasm scene with Lily Savage watching then giving the line, ‘I’ll have what she’s having’. Norman ­Wisdom was amazing as was Will Smith and singing the song from Big with Tom Hanks. And Sean Connery taught me how to ­play golf.

"Barbara Windsor, who became a very, very dear friend of mine, was amazing.

“The Big Breakfast started the Babs Behind The Bar campaign, which ended up with her character Peggy taking over the Queen Vic on ­EastEnders. There were just too many amazing memories.”

‘I SKIP AND LAUGH’

Gaby, who will be back on Channel 4 this summer presenting Black Takeover Day to promote black talent, has joked that the hardest gig she has now is entertaining her daughters Libby, 20, and 14-year-old Amelie.

She said: “I am the person who goes into my children’s room to wake them up.

“I sing musical theatre songs and sit on top of them and make them laugh. That’s how I wake them up. 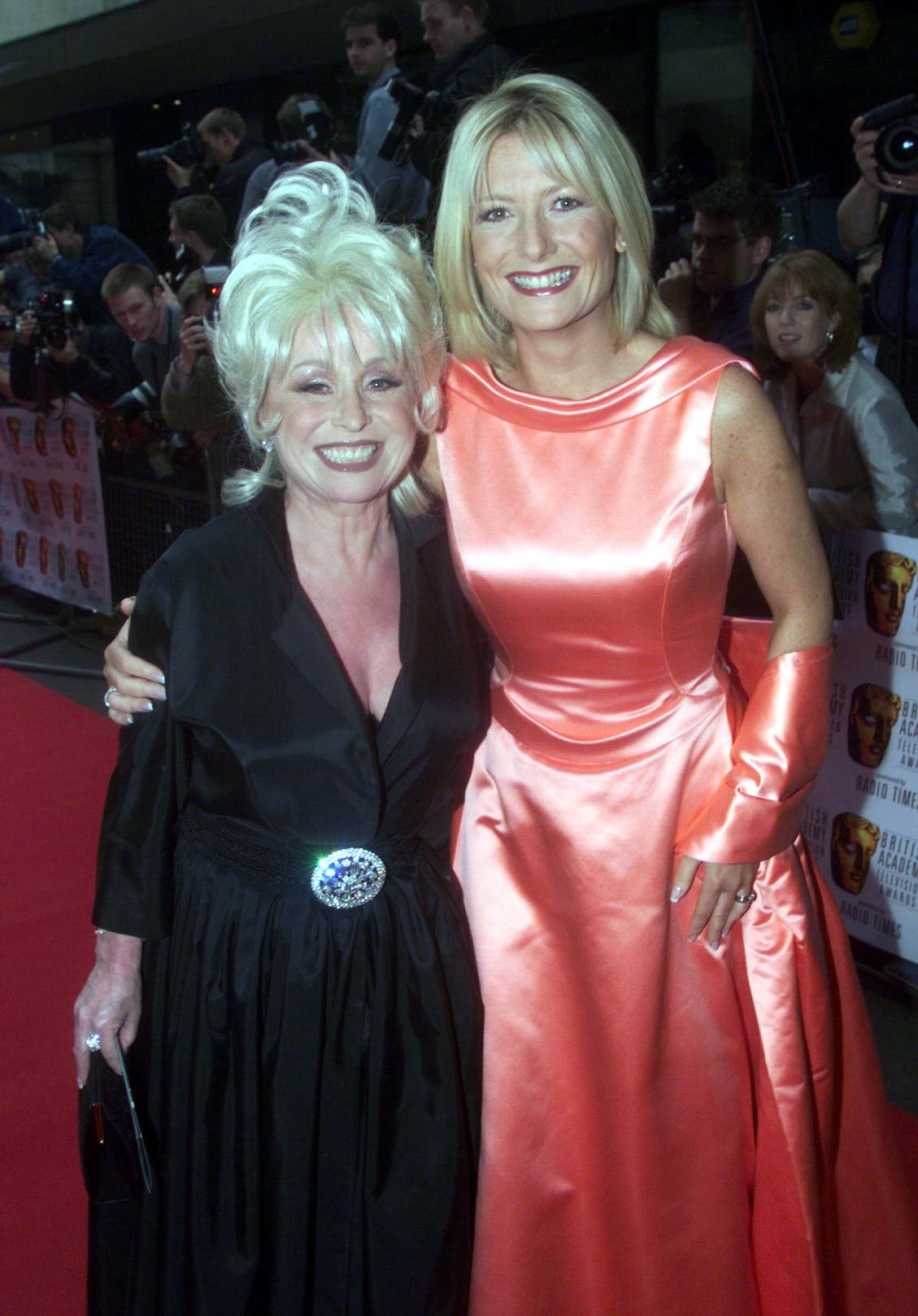 “I sing every song from every musical. This morning it was Hairspray.”

One thing that has given Gaby an extra spring in her step, is giving up booze three years ago.

She says it has “done wonders” for her confidence and adds: “I used to hate having a hangover and I used to do dry ­January every year, then one year that turned into dry February and March, and I just carried on. Without a doubt, it is the best decision I have ever made.

“The most extraordinary thing I learned is that I never needed alcohol for confidence.

“In general, I skip and laugh and jump. I’m in a very ­privileged ­position to still be working in this industry after 34 years.”

Her top 5 moments on the show

Next year will be the 30th anniversary of the launch of The Big ­Breakfast, and Gaby is hoping for an invite.

She said: “I’d love to go to the reunion. But I don’t think ­editors would ever call me and Chris and ask us to do The Big Breakfast again.

“It’s no secret that I would ­absolutely love to do an irreverent, crazy, talk/everything show again. That’s what TV today needs.”