The reality babe was seen giggling in a maroon leather mini-dress in posh Mayfair night. 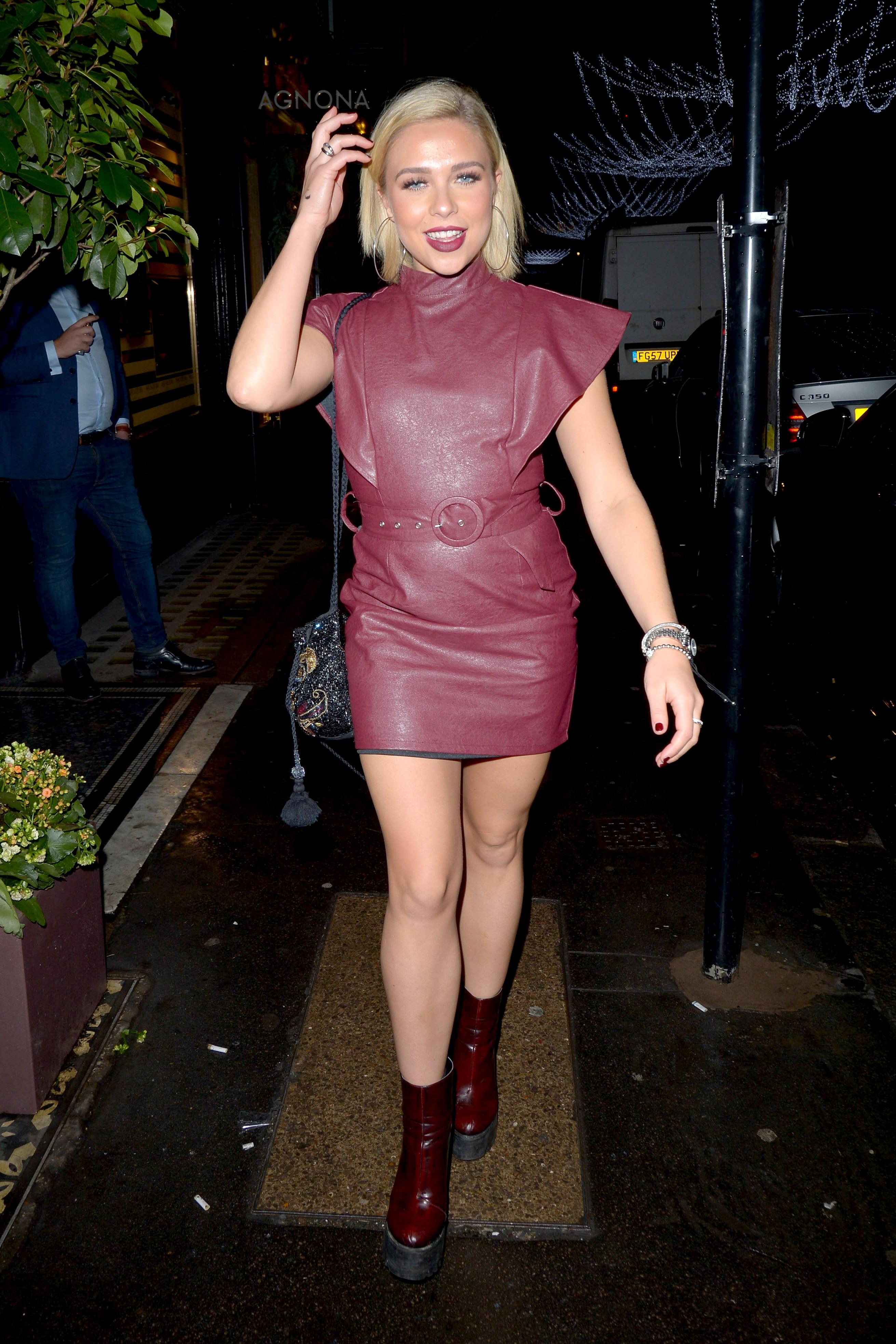 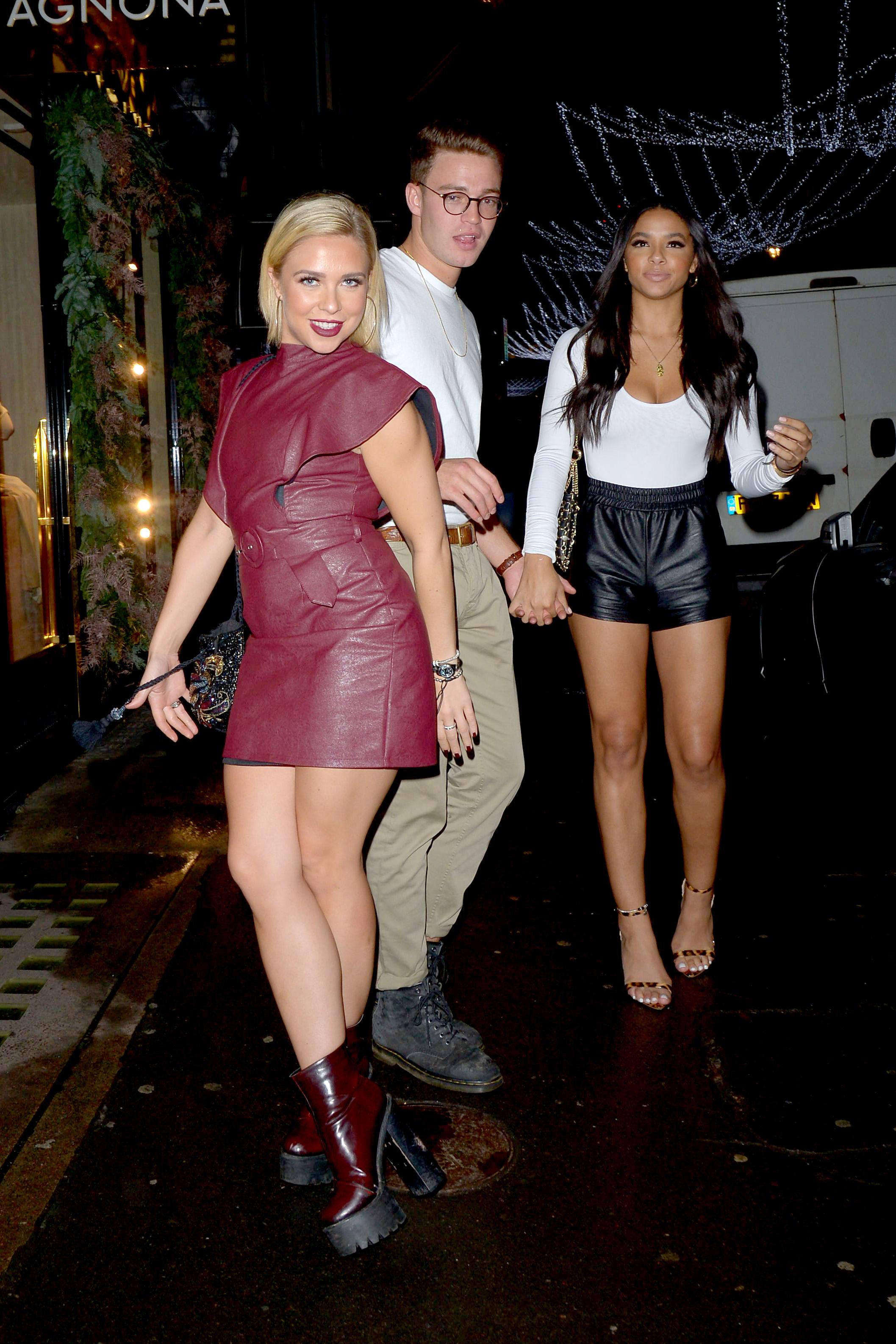 She was spotted heading into Italian restaurant Babbo with her brother and his girlfriend.

The trio looked happy and relaxed as they laughed and joked for the cameras.

Gabby, 26, showed off her gym honed body in the tight scarlet dress.

She wore her hair straight and had a slick of maroon lipstick to match her dress. 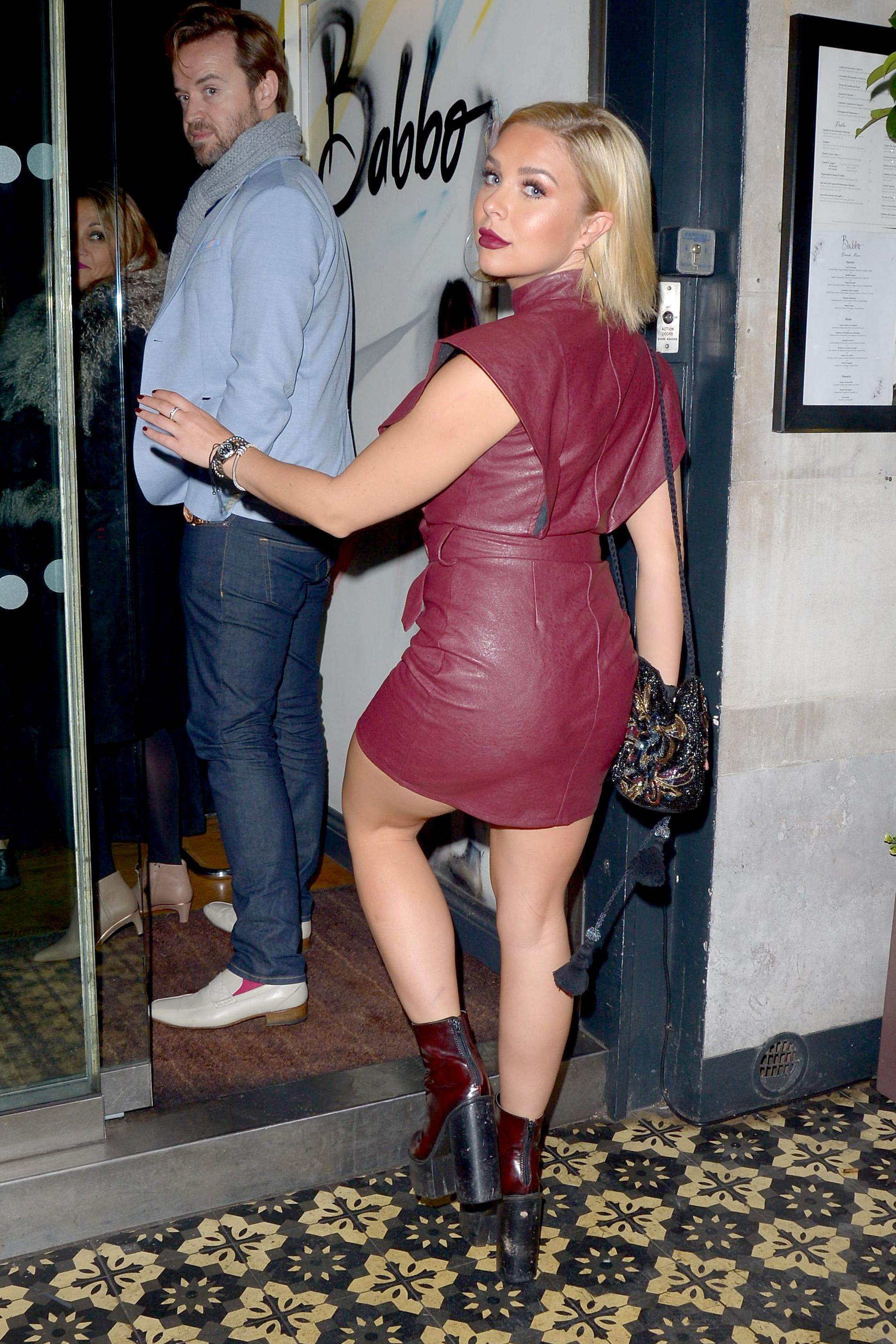 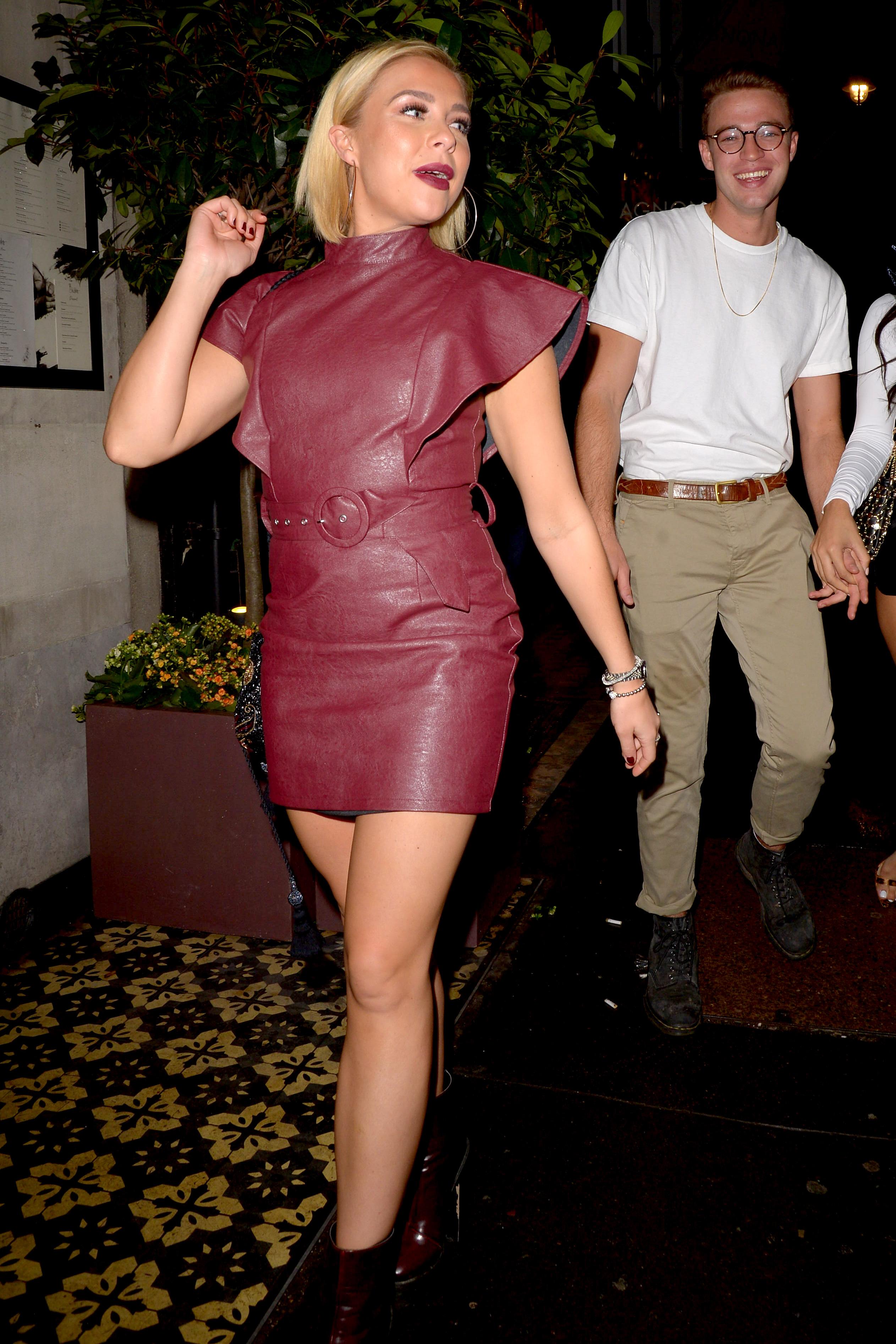 The former Love Island star has a lot of smile about at the moment after moving her hunky boyfriend Myles Stephenson into her home following their whirlwind romance.

Gabby got serious with the 27-year-old after her stint in Celebrity Big Brother this summer.

Smitten Myles – whose band Rak-Su won The X Factor last year – told the Daily Star:  "We are both really happy.

"I've moved in to hers and have marked my territory. 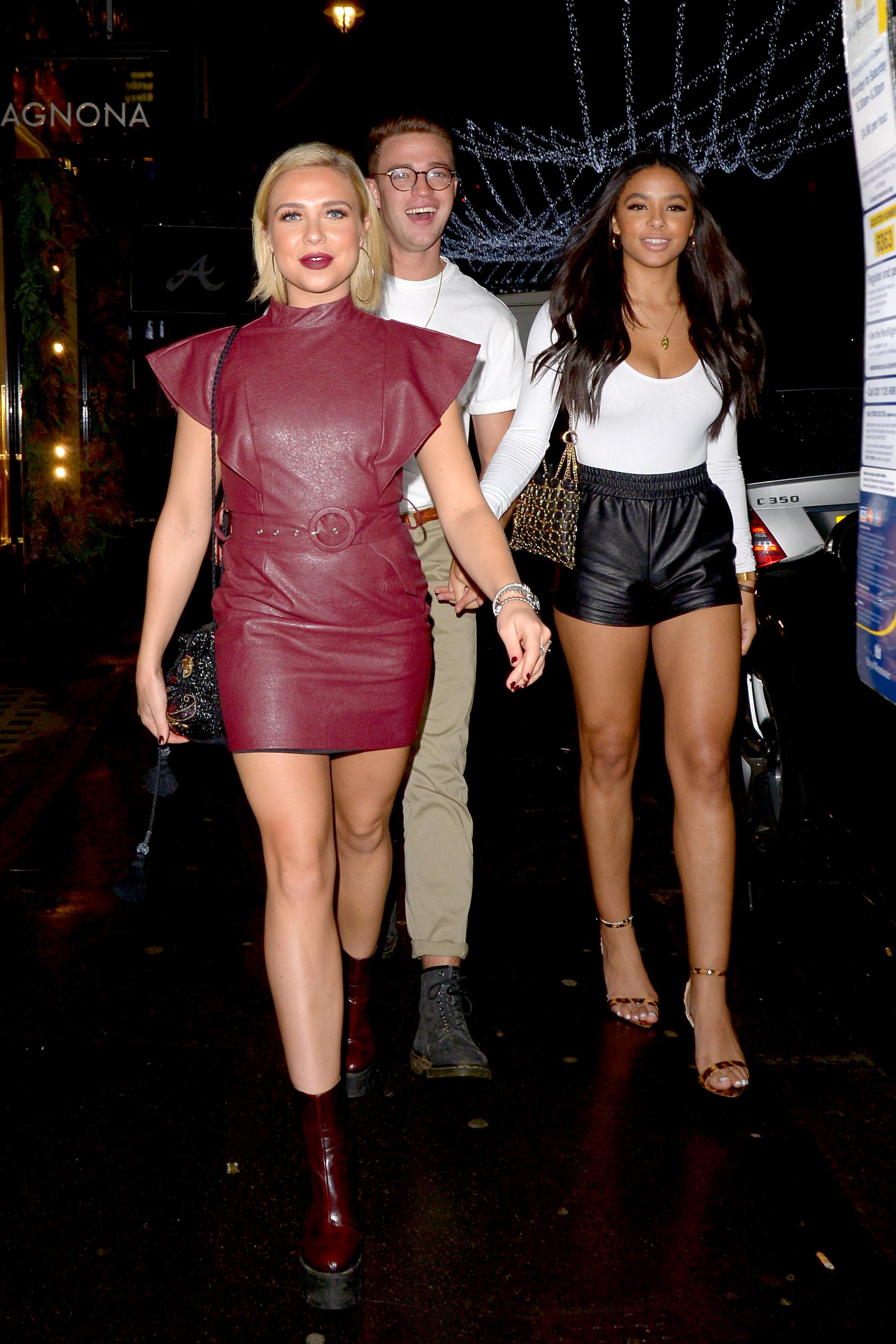 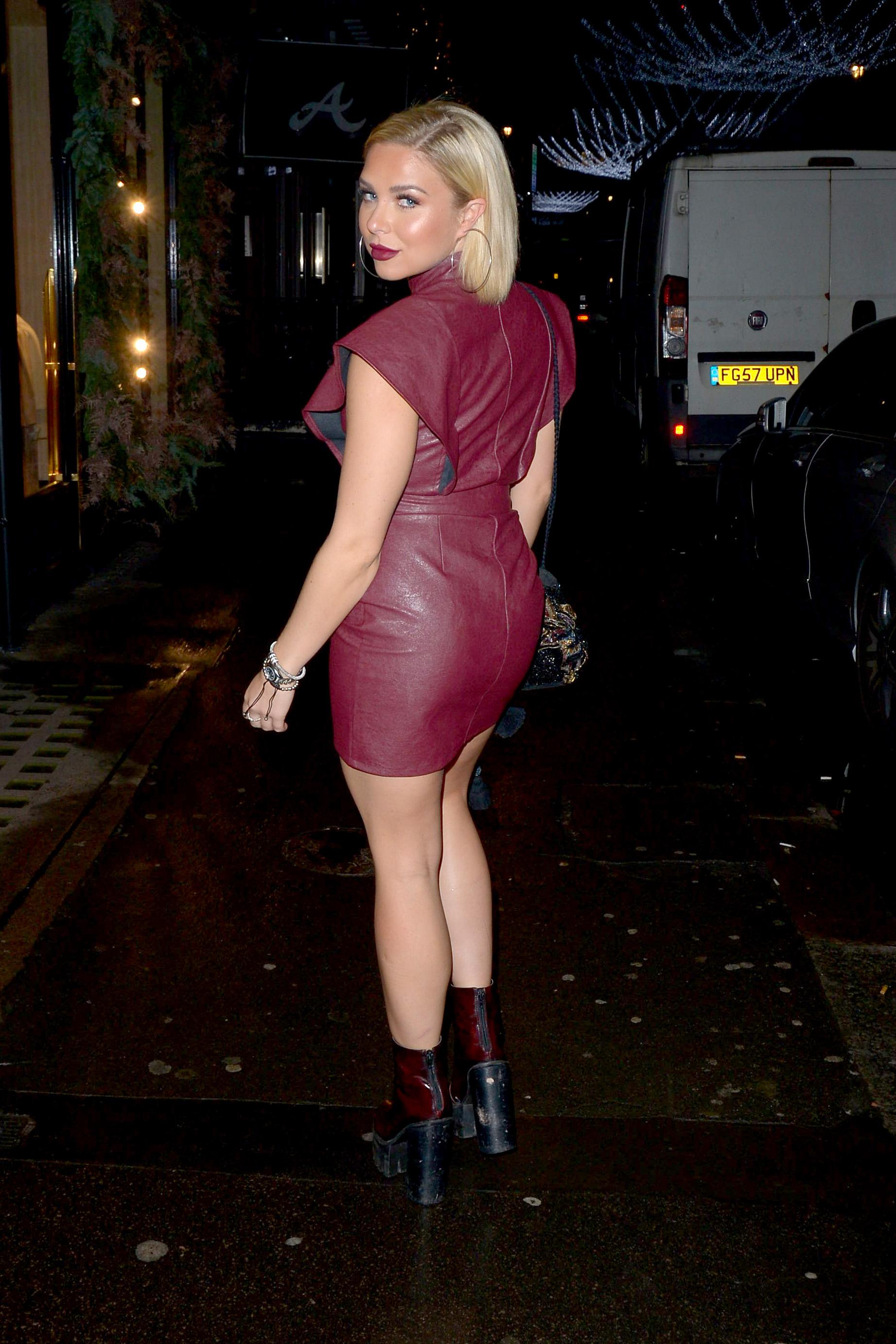 "We are loved-up and are in the honeymoon period at the moment so she can't get rid of me.

"I've got my own wardrobe space and one corner of the room where I'm allowed to put my bag and trainers but I get told off if they spread out of there.

"It's amazing to just be able to go home and spend time together." 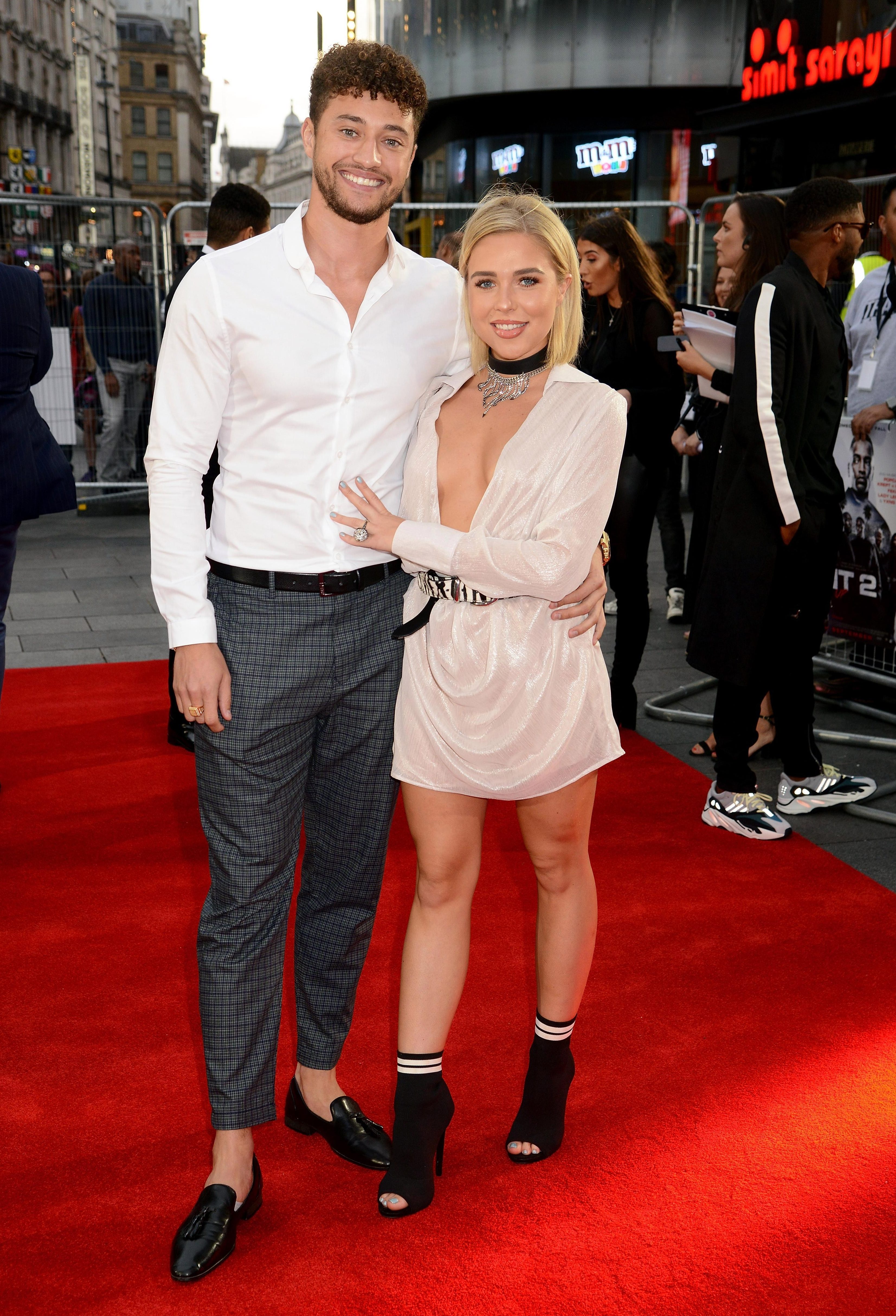 Gabby moved on with the X Factor hunk after being cheated on by ex-Marcel Somerville who she met in Love Island last year.

She's said she feels able to trust Myles "100 per cent", despite how her previous relationship ended. 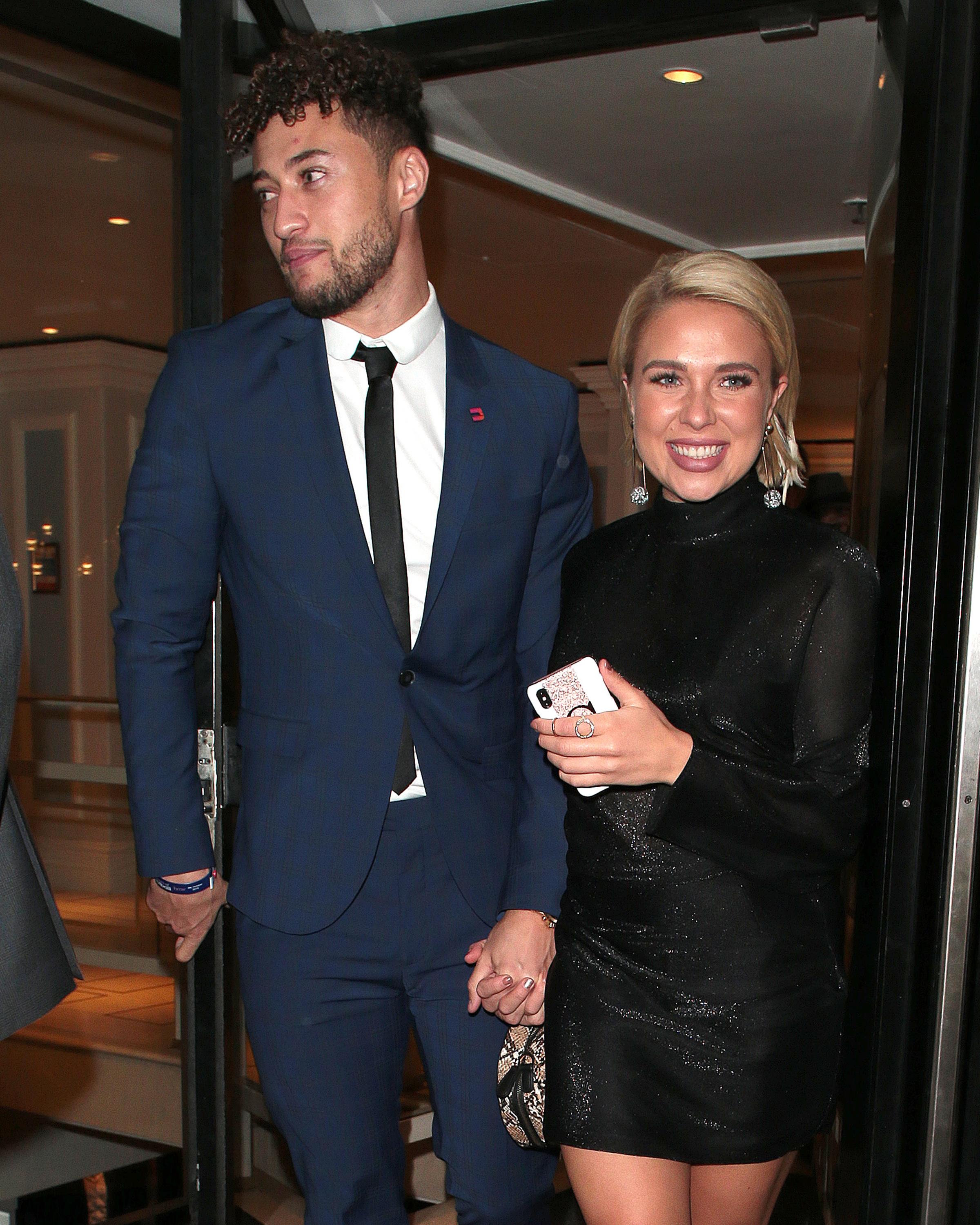 Marcel slept with another woman behind her back while they were on a romantic holiday together. When she found out weeks later she immediately dumped the Love Island star.

But she was soon swept off her feet by handsome Myles who has vowed never to cheat.

Although the singer says he can't help still being a Blazin' squad fan, adding: "There's no bad blood from my part. We'll say 'hello', shake hands and move on."