A message was posted on the BBC Holby City Twitter page with a link to get help if viewers were affected by the scenes. 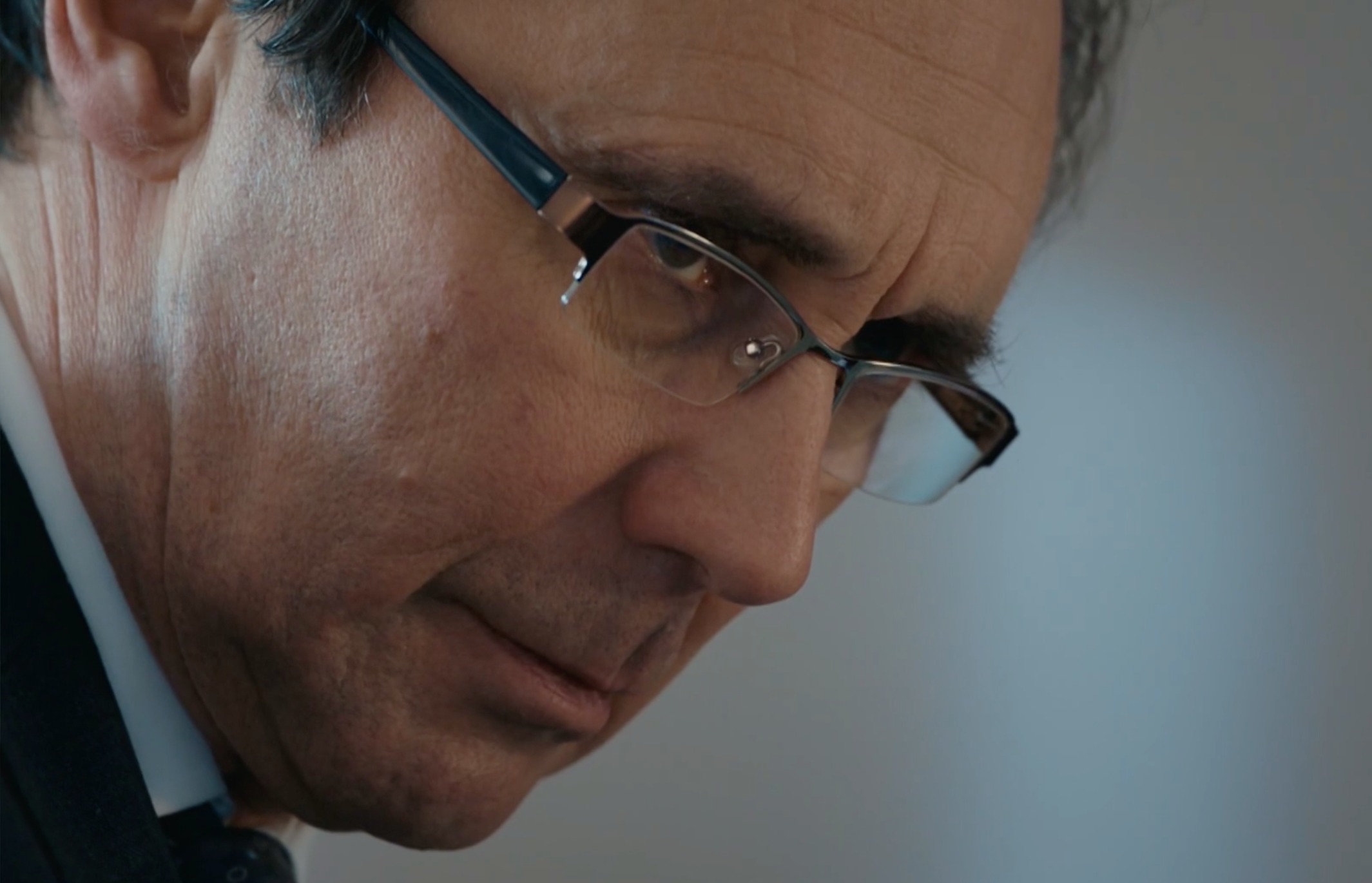 But it was pointed out there should have been a content warning from the BBC ahead of the show airing.

One viewer said: "Why has this episode not got a “ scenes viewers may find distressing parental lock red thingy?

"This last scene was very traumatic and upsetting/distressing. Please do something about this urgently!"

Another added: "I have been over 7 years clean from self harming and I found that so tough to watch. I had to look away. But thank you for bringing awareness to it!" 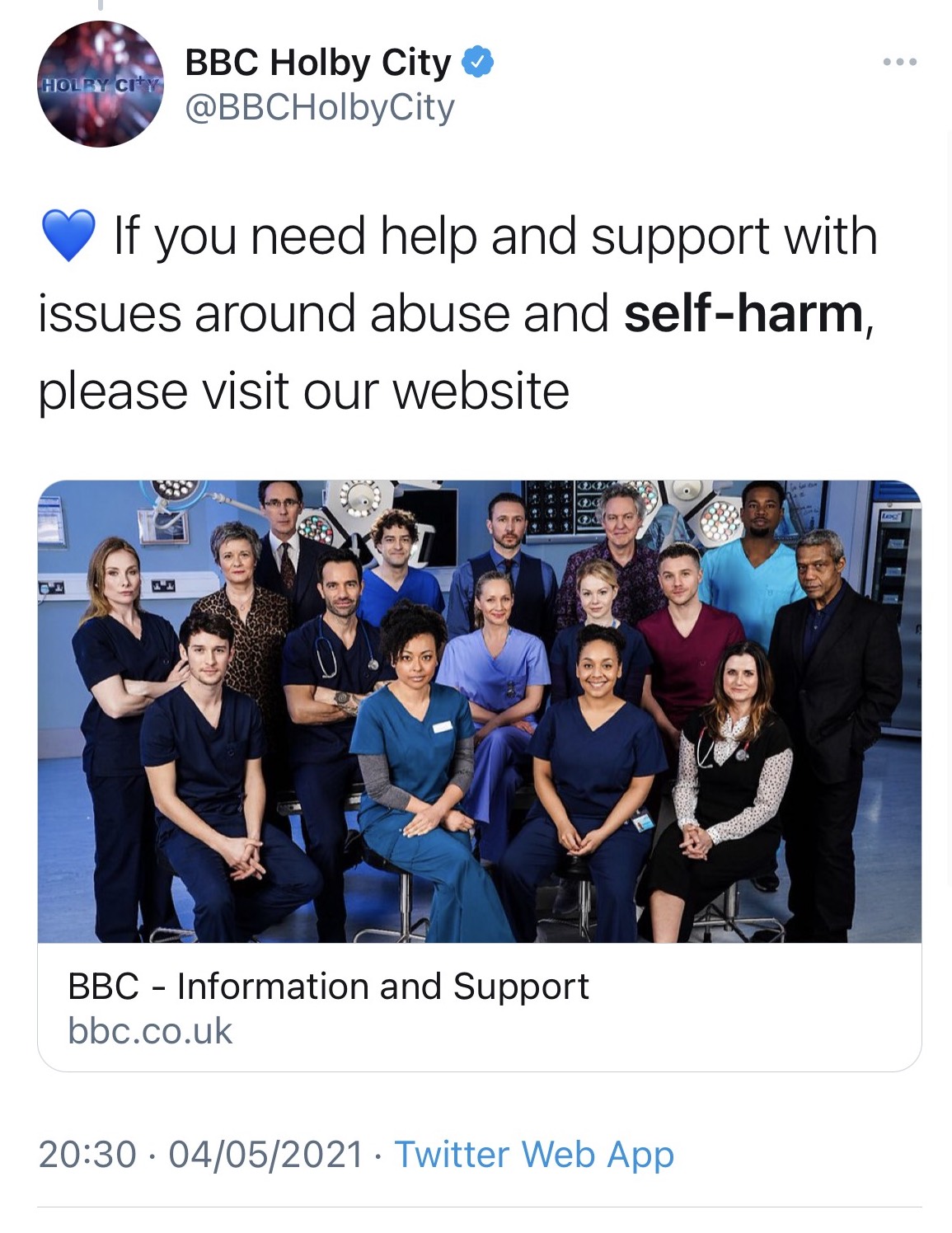 A Holby City spokesman wrote on Twitter: "If you need help and support with issues around abuse and self-harm, please visit our website."

At the end of last night's episode Henrik Hanssen was seen self-harming after Reyhan's death.

After an alarm was raised over the suspicious way he died, Hanssen immediately looked worried.

He knew he was in the frame as the killer because Reyhan had been awaiting trial before his death after being accused of sexually abusing one of his school pupils.

Hanssen was due to give evidence about his own abuse by Reyhan when he was a child.