A fan-favorite Friends episode, “The One With The Routine,” features David Schwimmer, Courteney Cox, and their characters’ brother-sister dance duo. The New Year’s Eve-themed episode in Friends Season 6 is one of the show’s most memorable because of Monica and Ross’s iconic dance — which they made up as kids and encore as adults on a TV special. How did the routine come to be? 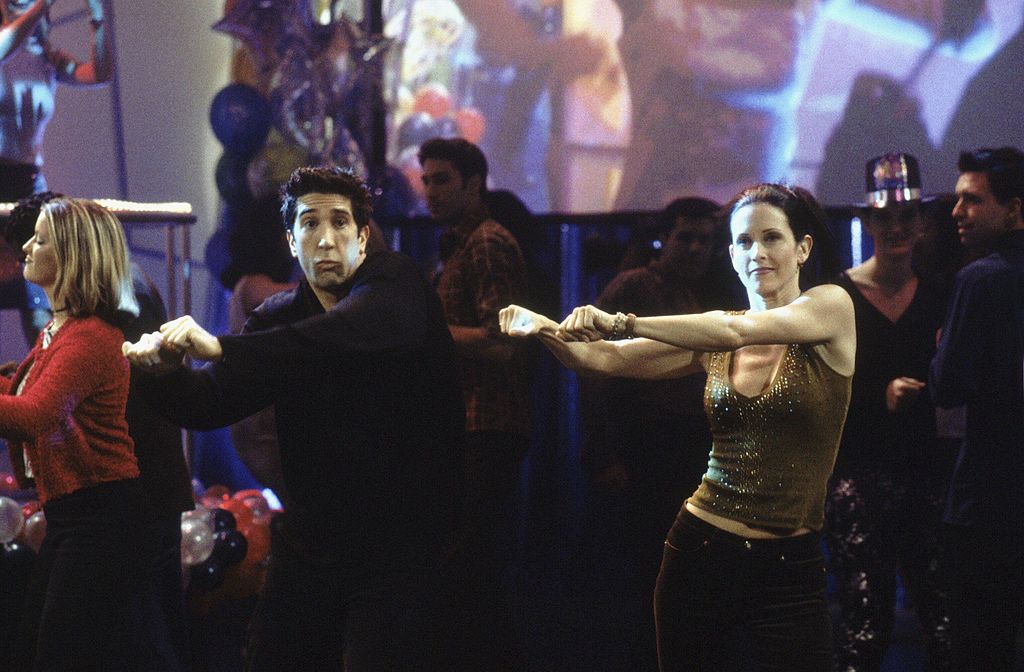 When Vanity Fair interviewed choreographer Robin Antin in 2019, she revealed what her instructions were for the iconic Monica and Ross routine.

“It was a dance that Monica and Ross were going to do … on New Year’s Rockin’ Eve,” she says she was told about the Friends episode.

Aptly titled “The One With The Routine,” the season 6 episode aired in 1999. It’s about the Geller siblings getting cast as dancers on Dick Clark’s Rockin’ Eve. (Joey and his roommate are also there, but the routine is the true star of the episode).

“They needed to be extremely silly,” Antin continued. “… Their description for me was, ‘silly, fun, trying way too hard, over the top, really dancing, just thinking that they’re the best ever.’”

According to Antin, who founded the Pussycat Dolls, the Friends cast members were perfect dance students.

“When I brought in my choreography and showed them what it was, they were like, ‘This is so funny. This is so great. This is exactly what we want,’” she shared.

Antin also was impressed with how quickly Cox and Schwimmer learned the moves. The even picked up more difficult ones, like the leapfrog, right away.

Vanity Fair reported that in total, the dance rehearsals “lasted somewhere around a week.” Antin also was on the set the day they shot the scene. She “performed the dance as Cox and Schwimmer mirrored her movements,” according to the publication.

The Friends stars even added their own “finishing touches” to their routine.

Vanity Fair confirmed that it was Cox’s idea for Monica to snap and yell out, “Five, six, seven, eight!” before they started dancing.

The choreographer reflects on filming the New Year’s Eve episode 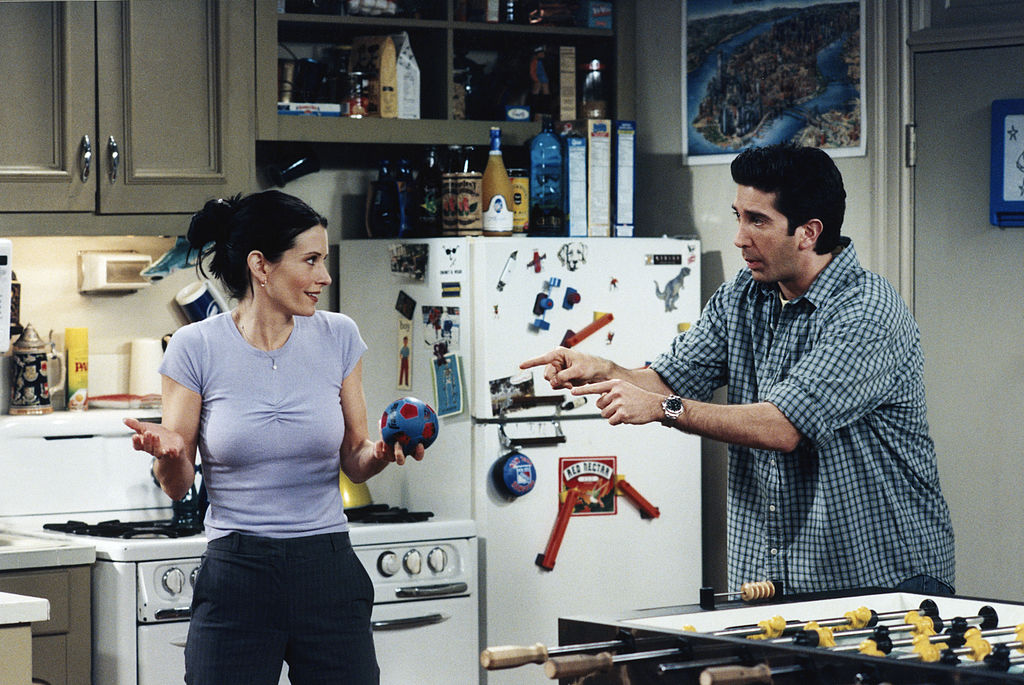 And while she was teaching Cox and Schwimmer, Antin had a blast.

“I was laughing from the moment I got there to when I left,” the choreographer told Vanity Fair. “And that was for everything I did with them, whatever it was.” She’s worked with Friends and other NBC TV shows several times.

Antin even came back to do the “choreography for Danny DeVito’s guest appearance as Phoebe’s bachelorette party stripper in season 10.”

However, “The One With The Routine” stands out in Antin’s memory. (And of course, the hearts of every Friends fan).

“… the New Year’s episode was something really special,” Antin explained. “It was one of the most funny and fun days I think I’ve ever had in any of my experiences as a choreographer. … It was wild.”