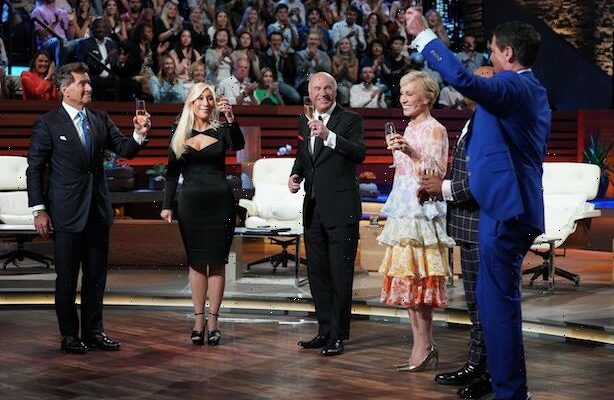 In the latest TV show ratings, the Season 14 premiere of ABC’s Shark Tank drew 3.6 million viewers and a 0.4 demo rating, down a tick from its previous averages (3.7 mil/0.5) but still leading this past Friday in total audience.

Fox’s Friday Night SmackDown (2.4 mil/0.6) meanwhile ticked up on both counts and topped the night in the demo.

Over on CBS, Big Brother (2.3 mil/0.3) slipped to season lows ahead of Sunday’s finale, after which Secret Celebrity Renovation dropped to  season lows (1.6 mil/0.1).

COMING UP IN TWO WEEKS: S.W.A.T. and Blue Bloods return, and Fire Country premieres on CBS.

Want scoop on any favorite TV show? You know you do! So roll the dice and email [email protected], and your question might get answered via Matt’s Inside Line.

The Live+Same Day numbers reported in our ratings column do not reflect a show’s overall performance, given the increased use of delayed playback via DVR and streaming platforms, plus out-of-home viewing. These numbers (Nielsen fast nationals, unless denoted as finals) instead aim to simply illustrate trends or superlatives. Big Brother is not associated or affiliated with the Estate of George Orwell and is not based on the novel “1984.”