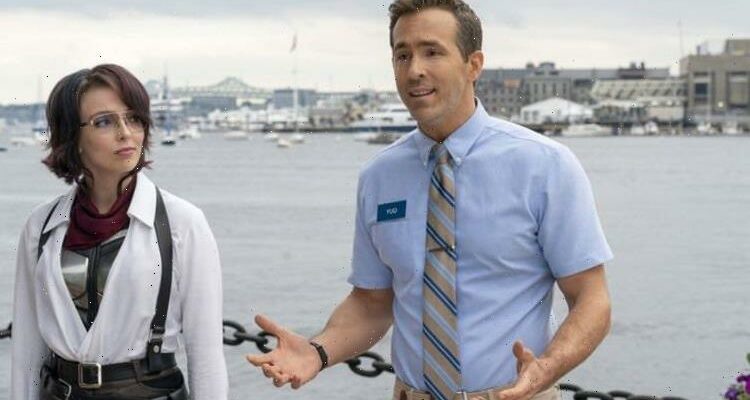 Free Guy told the touching story of Blue Shirt Guy (Reynolds) – otherwise known as Guy – the non-player-character (NPC) who took over the world with his good deeds and exceptional AI while trying to help out his new love interest, Millie (Jodie Comer). Guy took on a number of challenges throughout the movie, and it seems like his story ended at the credits.

Does Free Guy have a post-credits scene?

No, Free Guy does not have a credits scene after the credits.

The film also does not have any scenes in the middle or first portion of the credits.

Instead, viewers will be treated to a list of cameos that occurred within the film, many of which they may have missed.

First and foremost is the former Jeopardy! host Alex Trebek, who filmed his cameo just before he died in November 2020.

The star died of cancer after a 20-month battle against pancreatic cancer, aged 80.

Free Guy also held cameos from the likes of Channing Tatum, who played one of the main antagonists in the film.

The star played an avatar for one of the people guarding the map to Millie’s hidden world.

Netflix tease their 2021 film line up with Ryan Reynolds

Also included in the film was Hugh Jackman, who has a strong relationship with Reynolds off-screen.

Dwayne “The Rock” Johnson also made a blink-and-you’ll-miss-it cameo during the film.

On top of these Hollywood stars, Free Guy had a number of appearances from some online streamers.

Including in the line-up of gamers who fell in love with Guy are Ninja, Pokemane and Jacksepticeye.

Of course, the film also included some franchise cameos.

During Guy’s thrilling battle against The Dude in the final moments of the film, he was assisted by the Marvel series.

After being attacked he whipped out Captain America’s shield and used it to fight back.

He also used one of The Hulk’s hands to really lay down some pain to his enemy.

Even more exciting was the appearance of a lightsaber from Star Wars, something that even the characters of the film were stunned about.

Reynolds has announced he did not want to bring Deadpool into the film, however.

The Canadian star said: “I never really felt like I needed to put Deadpool in. He wouldn’t really fit in there. We do have some massive surprises in the movie that are courtesy of getting to work at Disney. But yeah no, I never thought of putting Deadpool in there.” (Via Cinemablend)

Free Guy is in cinemas now.