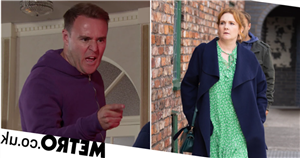 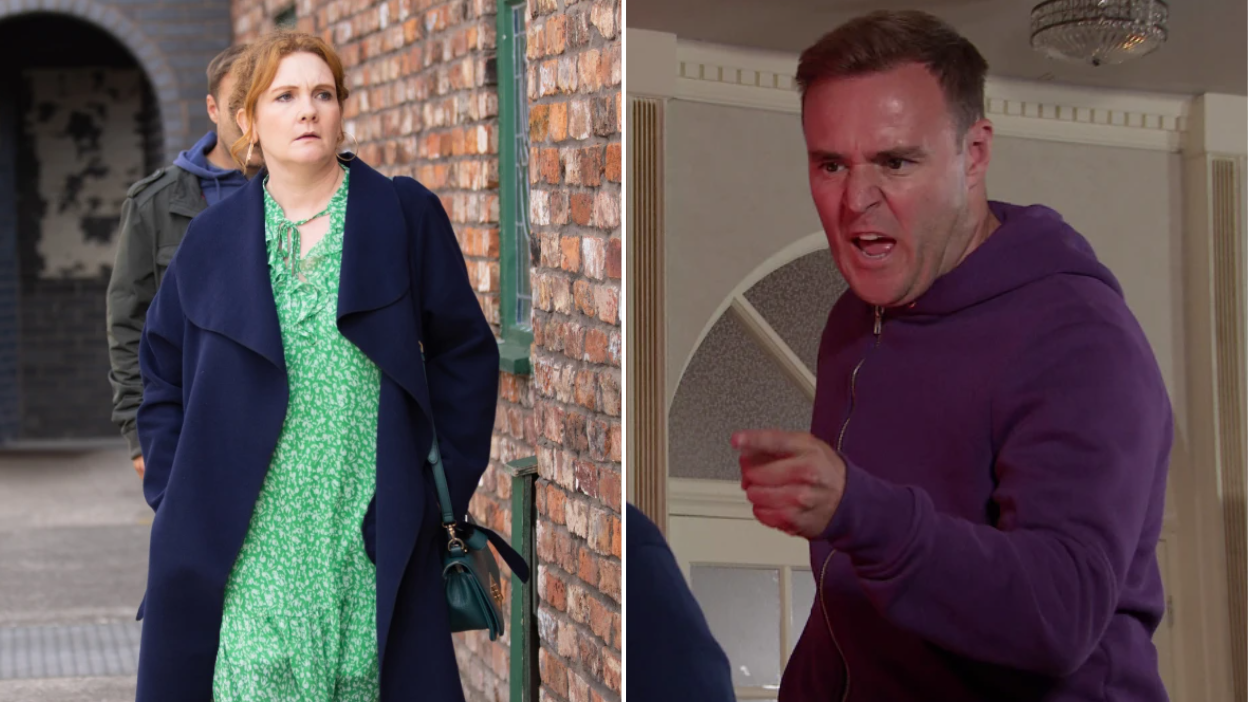 Frustrated is the word to describe Fiz Stape (Jennie McAlpine) next week in Coronation Street as she not only has to deal with the ongoing stresses of the John Stape book in the Weatherfield Gazette, but Tyrone Dobbs (Alan Halsall) decides to take matters into his own hands and react violently to the journalist behind it.

As Adam (Sam Robertson) and Fiz attempt to get Hope’s (Isabella Flanagan) name removed from the book, Tyrone heads to a hotel where the journalist is holding a Q&A.

Listening in, the journalist talks about writing the book but then suggests Fiz was complicit in her husband’s crimes, which makes Tyrone climb onto the stage and slap the man across the face.

As Adam and Fiz get word that Tyrone has been arrested, Fiz does her best to ensure the journalist doesn’t press charges.

Fortunately, the police let Tyrone go without a charge and reveal that Fiz talked the journalist round.

Back at home, as Fiz and Tyrone argue, it becomes apparent a video has been uploaded to social media, showing the exact moment where Tyrone punches the journalist.

Fiz explains that as a result of Ty’s careless actions, the video has gone viral and now, the book will be launched a week early.

But how will they tell Hope what’s ahead?