Wherever humans go, we find ourselves — even in the story of two Mars rovers (and the dedicated team of NASA scientists who designed and supervised them) who survived well past their expiration date. Ryan White’s “Good Night Oppy” charts the course of the Spirit and Opportunity from their unlikely origins to their original 90-day mission to Opportunity’s final transmission from the surface of Mars 14 years later. While news archives and interview footage bring to life the human scientists and engineers who cared for Oppy, the film also lovingly recreates the Martian landscape for the audience to better witness the daring treks made by the rovers over the course of their search for water. This recreation required visual precision to capture the complicated design of the rovers. But it also needed a razor-sharp sound design to give the audience a visceral sense of the rovers’ journeys.

While Angela Bassett narrates transmissions from both rovers, the intensity of the challenges they faced and much of their personality comes through the sound design. Supervising sound editor Mark Mangini was fresh off creating the alien sounds of a fictional desert planet in “Dune,” but for “Good Night Oppy,” his task was to help audiences understand, on an intuitive level, exactly what it’s like to stand on the surface of Mars; his choices help us hear Spirit and Oppy in as close to their own words as we ever will.

“There’s always a guiding principle in all the sound work that I do, which is to create a level of verisimilitude such that the audience forgets that the film is artifice,” Mangini told IndieWire. “One of the ways that I achieve that, especially in science fiction, is to use a palette that’s made up of real organic and acoustic sounds because the human brain and ear accept them more readily because they have an actual acoustic basis. The brain actually subconsciously checks a little box that says this is real.” 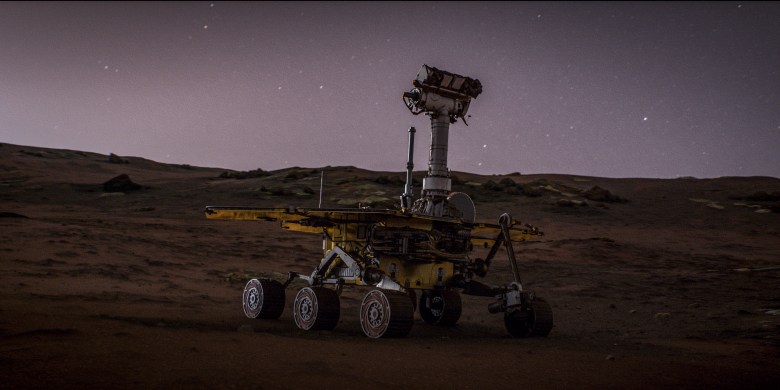 While Mangini said the process of creating a fictional planet surface in “Dune” wasn’t too dissimilar from his approach to creating a realistic soundscape of Mars, he placed certain limitations on himself to not go beyond the boundaries of documentary. “[In fiction] they encourage you to make sounds for things you’ve never heard before. In a documentary, we don’t have that luxury. I can’t, I shouldn’t, and I didn’t invent sounds from whole cloth, except for in some very, very rare instances where those sounds simply did not exist.”

Even when sounds seem like they wouldn’t exist, discoveries made by NASA helped augment Mangini’s work. “We know from meteorological studies that Mars has wind, and I began designing what I thought it might sound like. And in mid-project, Perseverance, the current rover on Mars, sent back a 10-second snippet of the sound of the atmosphere of Mars. This was a revelation and, for me, a goosebump moment. I mean, the geek scientist in me just went crazy,” Mangini said. “I took that little snippet of wind — it’s actually just almost like an ambiance, but it’s a very light wind — and I turned that into a Dolby Atmos immersive atmosphere for sound. The very first sound you hear in the film, as the film opens in black, [is] the actual sound of Mars.”

Fittingly for a place that was once but is no longer teeming with life, the actual sound of Mars that Mangini creates is very sparse — until it’s full of the dust devils and cold storms that occasionally roil its surface. But even in the more active soundscapes, Mangini didn’t concoct too many elements, and there’s a kind of simple, natural serenity to his sound work. It’s enough to feel real but let you focus on other things, including the rovers themselves. 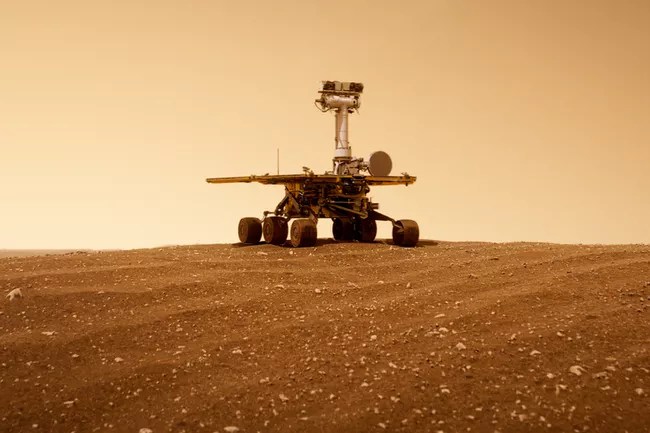 Mangini was able to go to NASA’s Jet Propulsion Laboratory and record pieces of rover technology, and the clicks and whirring gears of the CG rovers in the film are supported by the authentic sounds of the actual materials. But filmmakers mold those realistic materials into a deeply emotional story of idealism, curiosity, and perseverance. There are moments of sound design that reflect the drama of the rovers’ missions. For instance, neither Oppy nor Spirit could have created as much wheel-spinning as Mangini does in the moments they get stuck on the surface, but it heightens the tension of those scenes.

Likewise, it was important for Mangini to organize the rovers’ sound palettes to help bring out the personality that NASA scientists ascribed to them. “We knew that we wanted the audience at every level to invest in these characters, especially kids,” Mangini said. “The voice of Oppy, as we called it, is made from the sounds of computer disc drive, chatter, little bits and pieces of electronic sound that would or could be on the rover. I took those sounds and modulated them with my voice so that they came through in the cadence and pitch of human speech. We simply wanted a robot that sounded like it was communicating.”

Oppy’s voice is an invention of the film, of course. The truth is that the signaling between the computers onboard the rover and those back at NASA would happen almost instantaneously, but in creating a sonic quirk that mimics human speech, Mangini, White, and the rest of the filmmakers do what great recreations in documentaries are supposed to show us: what it feels like to discover the truth behind so many shadows on the surface of an alien world.