Netflix’s Fear Street trilogy was a welcome addition to the streaming platform’s ever-growing library of original content. The trilogy, directed by Leigh Janiak, follows one overarching plot over a hundred years in the town of Shadyside. Fear Street: 1994 was the first to debut on July 2, 2021, with Fear Street: 1978 and Fear Street: 1666 following the next two Fridays.

Janiak has made comments about expanding the Fear Street universe, and with the mid-credits scene from Fear Street: 1666, that door is definitely still open. Here’s what Olivia Scott Welch, who played Sam Fraser, thinks about the cliffhanger at the end. 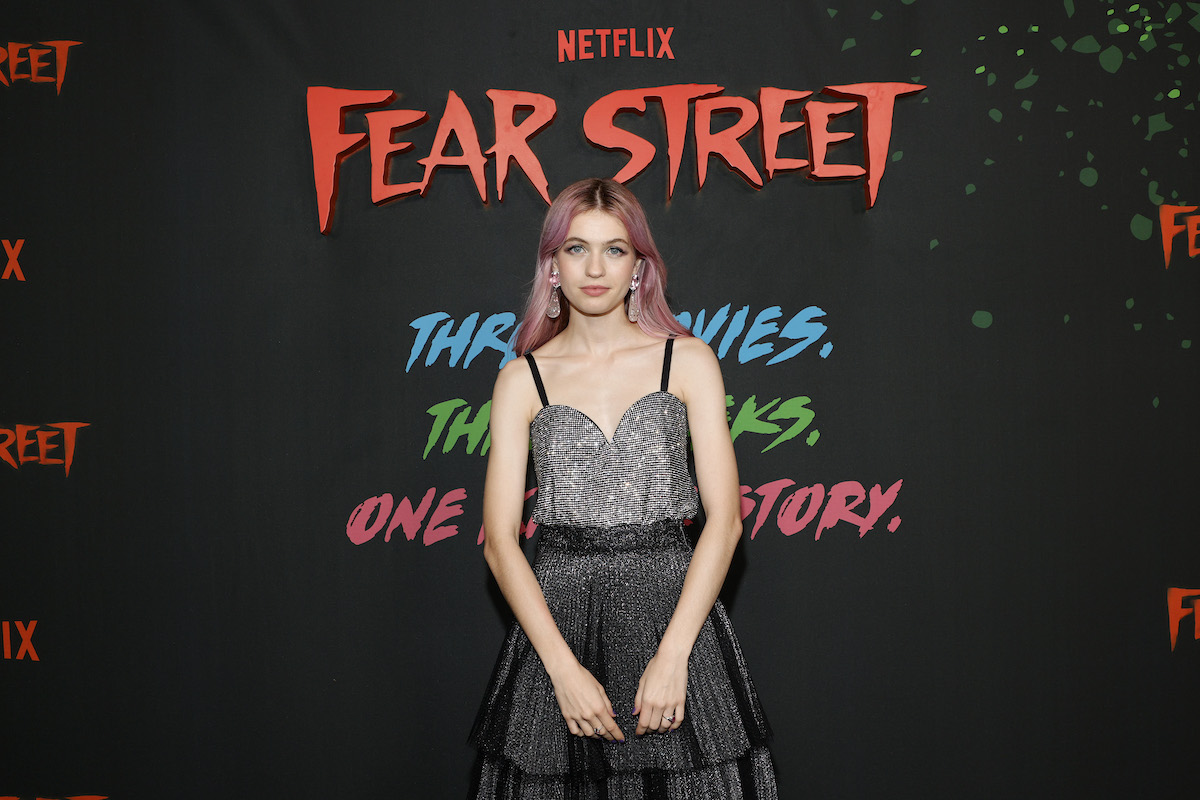 How did the ‘Fear Street’ trilogy end?

At the end of the Fear Street trilogy, Deena (Kiana Madeira) successfully forces Sheriff Nick Goode to see all the horror his family’s curse has caused over the years in Shadyside. She stabs him and kills him, causing all of the reincarnations of the Shadyside killers to evaporate in a cloud of flies. (Yeah, it was pretty gross.)

When Deena and Sam leave the mall through a secret passage in Nick’s house, they walk out onto a neighborhood in Sunnyvale. Sunnyvale is the neighboring town to Shadyside, and while Sunnyvale prospered, Shadyside suffered.

As the girls exit onto the street, a garbage truck plows into a car backing out of its driveway, indicating the curse on Shadyside has ended and possibly shifted to Sunnyvale. A quick shot of the devil’s book is seen in the cave when the credits roll, and someone snatches it.

There’s been plenty of speculation from fans regarding the thief’s identity at the end of Fear Street: 1666. Madeira even has her own suspicions about the thief. However, nothing has been confirmed by Janiak herself.

Welch recently sat down with Collider and gave her theories on the identity of who snatched that book.

“I feel like it’s either another cop or it’s Will Goode, because I’m like those two are the ones that seem logical enough like, who could have access to a crime scene? Who would know about the book enough? Who would believe in witchcraft enough to steal a book? So to me, it seems like Will.”

What we know about Will Goode

Fans of the R.L. Stine teen horror novels by the same name are familiar with the Goode family. They make numerous appearances throughout the Fear Street novels and are never up to any good. (See what we did there?)

The trilogy traces the Goode family back all the way to 1666. This is when audiences discover that Sarah Fier was never responsible for the curse on Shadyside, as everyone previously thought. In short, she was framed by the Goode family.

Will Goode is the mayor of Sunnyvale, while his brother Nick is the sheriff. Viewers see that Nick is the most hands-on with continuing the Goode family’s deal with the devil. He’s the one who actually inscribes Sam’s name on the rock, causing her to be possessed.

Because the Goode family were the first to initially steal the devil’s book from the Widow, it would make sense that Will is trying to get his hands on it again. There hasn’t been an announcement for any more installments in the franchise, but fans are hopeful. All three Fear Street movies are currently streaming on Netflix.