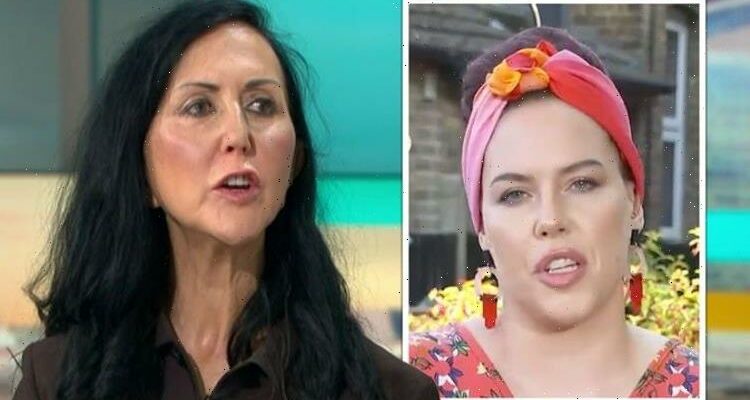 Good Morning Britain hosts Susanna Reid and Ben Shephard welcomed journalist Liz Jones and Body Image Campaigner Natasha Devon onto the show to debate an article Liz had written about prejudice against overweight people. However, the debate quickly became heated when Natasha accused the journalist of having “fat phobia”.

Liz wore a fat suit for a day in a bid to understand what it’s like to be overweight.

She wrote an article about her experience for The Daily Mail, but it received lots of criticism from readers online.

While on Good Morning Britain, Liz explained her reason for writing the article: “I have suffered from an eating disorder since I was 11.

“I was anorexic, I was sectioned, I was force fed so I have a very unnatural reaction to food.

“I have written about eating disorders for 30 years. But I still wanted to experience the prejudice that very obese people face.

“This particularly was sparked because I was watching the tennis, Wimbledon, and there was a very overweight line judge, a woman, and the trolling she got online for being overweight, it was unbelievable.

“Even though I’ve interviewed thousands of women over the time, plus size models, people in The Priory, I’ve been to focus groups, nothing prepared me for what it was like to go out in London as an obese person,” the journalist explained.

Susanna questioned her further, asking: “And what was it like? What was the experience?”

“No one helped me. Even a taxi driver, he looked at me in the back, and it took me ages to get in the taxi.

However, Natasha soon hit out at the journalist accusing her of having “fat phobia”.

She commented: “What struck me reading Liz’s piece is that so often she projects her feelings of fat phobia onto other people.

“She makes assumptions based on raised eyebrows, the way that people look at her.

“She assumes people are staring because she’s obese, not because she’s got a tiny little thin head peeking out of a fat suit and that looks very disproportionate and weird.

Natasha continued: “The only thing that you will learn from reading the article is that Liz Jones has an awful lot of internalised fat phobia.

“You won’t genuinely learn anything about what it’s like to live in the body of an obese person and furthermore I think it was really irresponsible of the Daily Mail to commission a journalist with a history of eating disorders to write this piece,” she added.