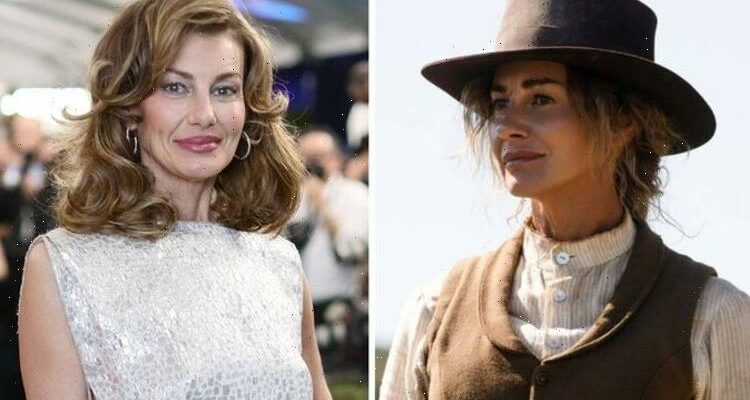 1883: LaMonica Garrett on last day of filming on season 2

Faith Hill co-leads the cast of Yellowstone 1883, the Paramount Network Western drama’s first spin-off. She portrays strong-minded Margaret Dutton, the great grandmother of John Dutton (played by Kevin Costner) in the original series. She travels across the country with her family, with the hope of leaving a life of poverty behind and setting down roots elsewhere.

Faith Hill is a singer, record producer and actress, having previously been in the 2004 movie The Stepford Wives, Promised Land and Touched by an Angel.

She is probably best known for her music career though, having been previously considered as one of the most successful country music artists of all time.

Hill has sold more than 40 million albums worldwide, known for songs such as There You’ll Be, This Kiss, I Need You and Wild One.

She is also remembered for being married to fellow country star Tim McGraw.

McGraw made his debut with his album Not A Moment Too Soon in 1994 and has topped the Top Country Albums charts 10 times.

He married Hill in 1996 and now live together in a lavish five-bedroom house in Nashville, Tennessee.

As well as having performed together on stage, Hill and McGraw star in Y:1883 as the co-leads.

How old is the Yellowstone 1883 actress Faith Hill?

This means that she is now 54-years-old, the same age as her husband McGraw.

His birthday is on May 1, so will be turning 55 in a couple of months’ time.

The couple also has three grown-up children who are all pursuing their own passions.

Their oldest daughter Gracie is 24-years-old and relocated to Los Angeles to follow her dreams as an actress.

The middle child of the family is Maggie, 23, who recently finished a Masters Degree at Stanford University in California and was a member of a rock band.

Hill and McGraw’s youngest is 20-year-old Abby who graduated from high school in 2020.

She is now reportedly pursuing a career in the modelling industry.

Paramount+ revealed earlier this year that there would be “additional episodes” on the horizon.

So the story of Margaret and James Dutton and the rest of the travellers isn’t quite over.

But this doesn’t mean there is going to be a second season with no announcement yet made regarding its future.

Y: 1883 is available to watch on Paramount+ in America. A UK release date hasn’t been announced.