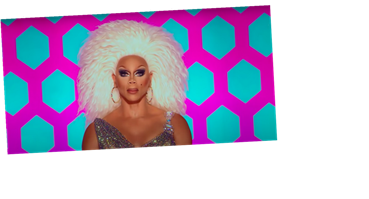 Over the past year, the one thing that’s really helped me get through the lockdowns and quarantines has been the sheer amount of RuPaul’s Drag Race content that’s come out. In 2020 alone viewers were blessed with Drag Race season 12, All Stars season 5, and Drag Race Holland. And right now, season 13 is airing, and so is the second season of Drag Race UK. It’s been a lot, but there can never be too much RPDR content. Luckily, more is definitely coming.

RuPaul’s Drage Race season 14 is already in the works, and we’re going to get to see a whole new set of queens bring their charisma, uniqueness, nerve, and talent to the main stage. Here’s everything we know so far:

When is it airing?

The announcement for season 14 was confirmed back in November 2020, when RuPaul posted the casting call through social media. The deadline for auditions was on January 15, 2021, and fans are guessing that filming starts around the summer.

No official air date has been announced just yet.

As per usual, Mama Ru will be calling all the shots, but will be consulting the other judges on her panel. This will most likely include Drag Race regulars Michelle Visage, Ross Matthews, and Carson Kressley. We should also expect some extra-special celebrity guest judges. There’s no telling who they might be, but Ru’s had stars like Ariana Grande, Miley Cyrus, Lady Gaga, Nicki Minaj, Normani, and even AOC on the show. So we can only hope that there’s going to be a lot of exciting cameos.

It’s changed over the years because of inflation, economics, an all of that real-world math, but ever since season 4, the winner crowned “America’s Next Drag Superstar” has typically won $100,000, a crown and scepter, a year’s worth of makeup, and bragging rights. Of course, there are always twists that the show likes to add. In season 13, Ru added a $5,000 cash tip for maxi challenge winners, something that season 14 queens might be able to look forward to.

Who’s in the cast?

The casting call just closed last month, so right now everything’s still up in the air. And though a lot of fans might have their guesses, Ru’s probably still carefully picking the new girls that are going to become part of her drag legacy. That can’t be an easy decision.