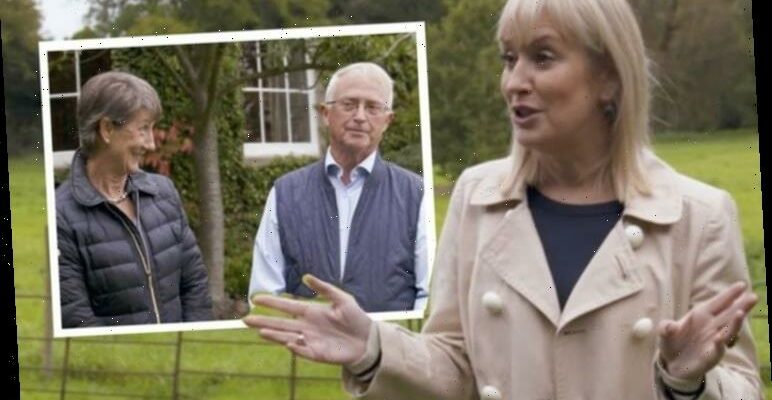 The final episode of Escape to the Country this week was brought to BBC One viewers by Nicki Chapman. She was in Wiltshire helping Irena and Peter make the move from London to the Cranborne Chase area of outstanding natural beauty, but with family in Guildford, they needed access to there too. As for what they were looking for in a property, they had a rather long list of requirements and one thing they mentioned, Nicki had never been asked to find before.

“Let’s start off with the property itself, what are you after?” Nicki asked.

“It’s a three to four-bedroom house, detached with a rural outlook,” Irena explained and Peter added: “With some element of curb appeal – terrible word. Garden but not a massive garden – manageable is the word we use.”

“Am I right in thinking you’re a little bit of a petrol head?” The presenter asked and Peter replied: “I do like motor cars, yes.”

“How many do we have?” Nicki continued and he revealed: “Two that need a garage and one that doesn’t.”

“So we’re looking for space for three,” Nicki said which Peter confirmed.

Irena continued: “And a space for my baby grand piano.”

“This is a first for me, I’ve never had that request before,” Nicki said. “Living in the country, living in this beautiful pad, we’ve got to have enough room to practice every morning on the piano! 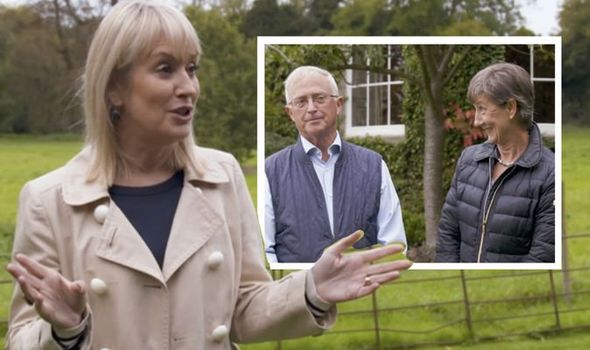 “What about the style of this new home?” And Peter replied: “We don’t want a twee cottage with low beams and small windows, generally space, open plan.”

“And other requirements with the actual home itself?” The presenter asked and Irena said: “We really love a big kitchen because we socialise there and we love to cook. So, yes, having a nice kitchen is important.”

When asked whether being close to a village or a town or whether they wanted to be quiet rural, the couple said “within striking distance of a town” was acceptable.

The first stop on the house hunt was in Lower Chicksgrove to visit a relative new-build dated back to the 1990s and made from local limestone.

Nicki took the couple into the heart of the home – the kitchen – and Irena was pleased to see it was just to her taste.

“Really beautiful, I love all the oak – it’s my perfect kitchen!” She exclaimed. 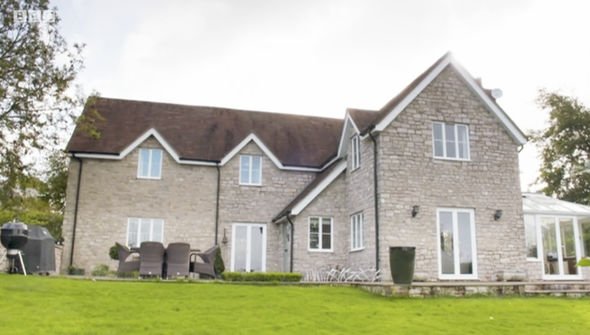 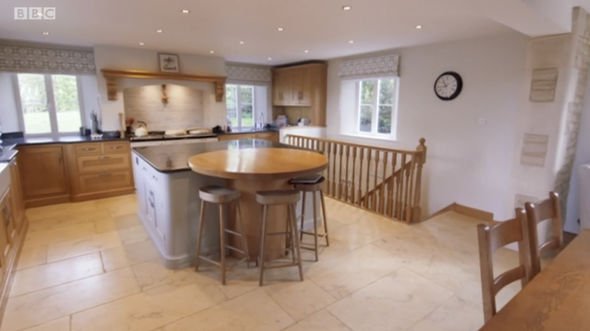 There was a staircase leading down which provided additional utility and storage rooms, plus an office space and a shower.

As for what the living room had to offer, Nicki explained: “You’ve got your sitting room here with an open fireplace and in addition, you have a garden room with an air condition unit in it, so you can use it all year round. I like the idea of having two reception rooms, what about you?”

“I’m going to ask Irena where she is going to put her baby grand piano?” Peter commented and his wife said: “That’s my instant reaction; I’m thinking about the size of the room, it’s a lovely shape, but I can’t see where the piano will go.”

Upstairs there were five bedrooms, two doubles and a third currently used as a laundry room, all of which were served by a family bathroom.

In addition, the guest bedroom had its own en-suite and some impressive views out of the windows.

The final room was the master bedroom which also had an en-suite and additional storage. 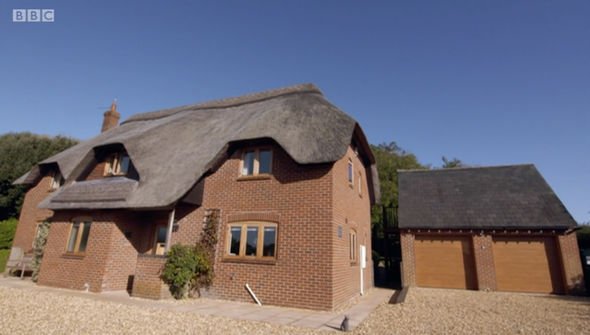 Outside, there was a hot tub and an outbuilding which consisted of a large workshop area, two car parking spaces in the carport, while upstairs there was a comfortable office and substantial studio space – possible to house a piano.

House number two was in the small rural village of Alton Priors and was a thatched property that Irena described as “gorgeous”.

“We said originally we didn’t want thatch because of beams and low ceilings – we didn’t want little twee cottage – this isn’t,” Peter commented from the outside.

Downstairs there was a large sunroom which led off a larger reception room, a study which then led to a large open plan kitchen.

“It’s so light and spacious!” Irena remarked. “There’s masses of space for preparing food, room for sitting and enjoying being in here!”

“Does it feel like home?” Nicki asked noticing the smiles on the couple’s face and they said: “Yes, instantly it feels like this could be for us.”

Upstairs, there were four bedrooms – three bright doubles which were all served by a family bathroom, and then the main bedroom which had an en-suite. 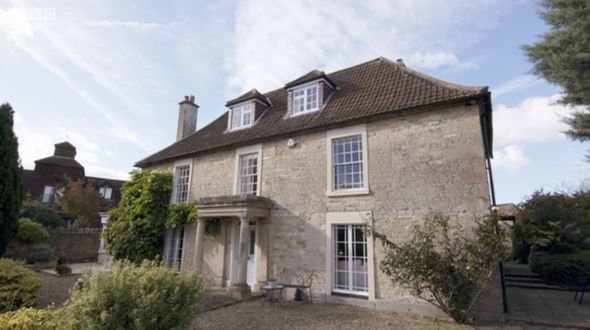 The property also came with a double garage block which had a studio space in the room, that came complete with its own shower room.

“This is a winner I think,” Irena commented. “This is a home we could move into straight away without having to do anything.”

But how much would they have to pay for it? Nicki revealed it was on the market for £925,000 which surprised the potential buyers.

As for the Mystery House, Nicki had taken Irena and Peter to the village of Broughton Gifford.

“It’s magnificent!” Irena said. “It’s like a huge manor house.” To the side of the property was a tennis court which came with the house.

“Parking maybe a little bit of an issue – and I’m going to leave it there,” Nicki said.

Inside, there was an Orangery which the current owners had created, but there was only one reception room, which meant Irena would have less choice for where her baby grand piano would go.

The house was split over three floors with a total of five bedrooms, but the master bedroom, which was on the top floor and had vaulted ceilings with exposed beams, left Peter feeling deflated.

“There is a lot which is right about this room,” Irena said. “But I can’t really ignore the beams.”

There was an outbuilding that was being used as a storeroom and then Nicki showed the couple why it was the Mystery House.

“You were worried where you were going to park your cars, I don’t think you’ll have too many concerns,” the presenter said in reference to the stables and yard.

When Peter and Irena sat down with Nicki to discuss the property search, the thatched house had won their hearts.

Escape to the Country airs weekdays at 3pm on BBC One.