During Tuesday’s instalment of This Morning, hosts Holly Willoughby and Philip Schofield spoke to Death in Paradise star Ben Miller on his return to the ITV show Professor T. Speaking about his character, Professor Jasper Tempest, he admitted that it was emotional to play as they share similarities.

Speaking to the ITV presenters, Ben shared that in this series viewers will get to uncover a bit more about Professor T’s past throughout his sessions with a therapist.

Explaining his role in the show a bit more, the actor added that he’s a germaphobe who has OCD and often wears gloves.

Ben shared that his character in the series doesn’t like to have contact with germs and even people.

Holly commented that Professor T was complex before adding that there are some similarities between them. 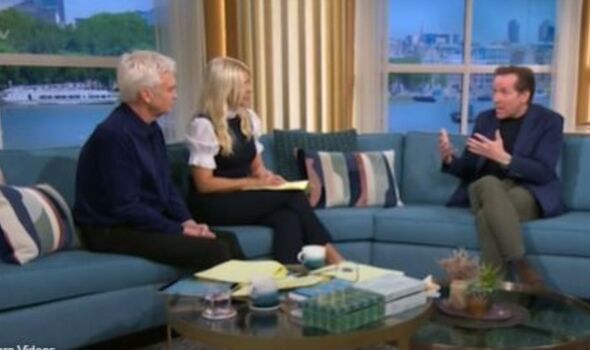 Ben then opened up about his own experience living with OCD as he admitted to being very excited when he first came across this character.

Although he said his symptoms to Professor T are different, he decided to have cognitive behavioural therapy to help him.

The actor said: “For me, it’s very emotional to play this character because he’s completely unashamed.

“I was always very ashamed of my obsessive compulsive disorder.” 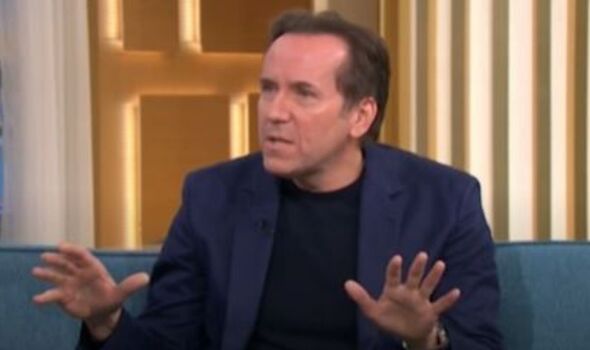 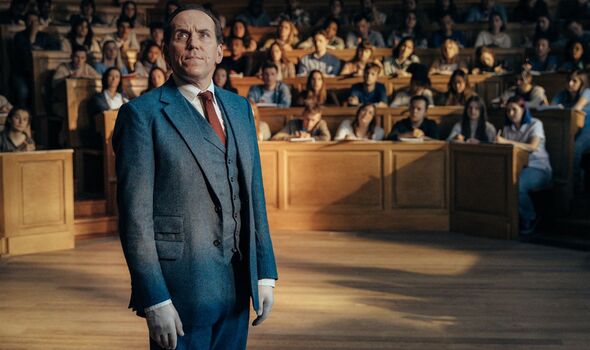 The ITV star then complimented his character as he told Holly and Phil the professor will make everyone go along with every tiny detail of his regime.

Phil highlighted that it’s not only the role that Ben shares a similarity to but also the place that it’s set, Cambridge.

Ben shared that he went to Cambridge and would’ve loved to have been a professor but his career didn’t go that way.

He said: “I was more focused on the college disco than I was on my exams!”

Making more connections between his real life and his character in the show, Ben said: “The house that plays the professor’s house in the show, that’s where I wrote my very first comedy sketch!”

He told the This Morning duo that turning up on set to realise where they’d be filming was both spooky and emotional.

Saying that he’s not a superstitious person, Ben commented that there have been a few signs that are telling him that this is good.

With the second series of Professor T underway, viewers will get to see the forensic criminologist help Cambridge police as they try to solve a crime.

In the six-part series, viewers will also uncover a bit more of the truth surrounding the professor’s childhood trauma,

A summary for the upcoming episode reads: “A prominent barrister and his second wife are found shot to death in a crime that has uncanny parallels to a double murder that he successfully prosecuted 15 years ago.”