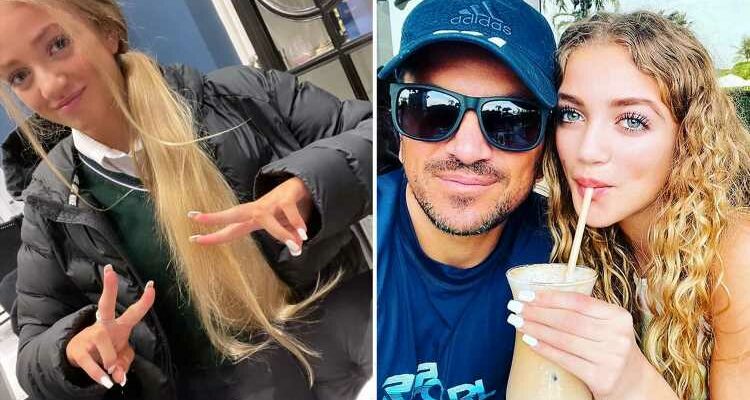 PROUD dad Peter Andre has been seen waving off his eldest daughter Princess on her first day back to school after their luxury Dubai holiday.

The Mysterious Girl singer took to his Instagram stories with a snap of his 14-year-old as she headed off to class in her school uniform. 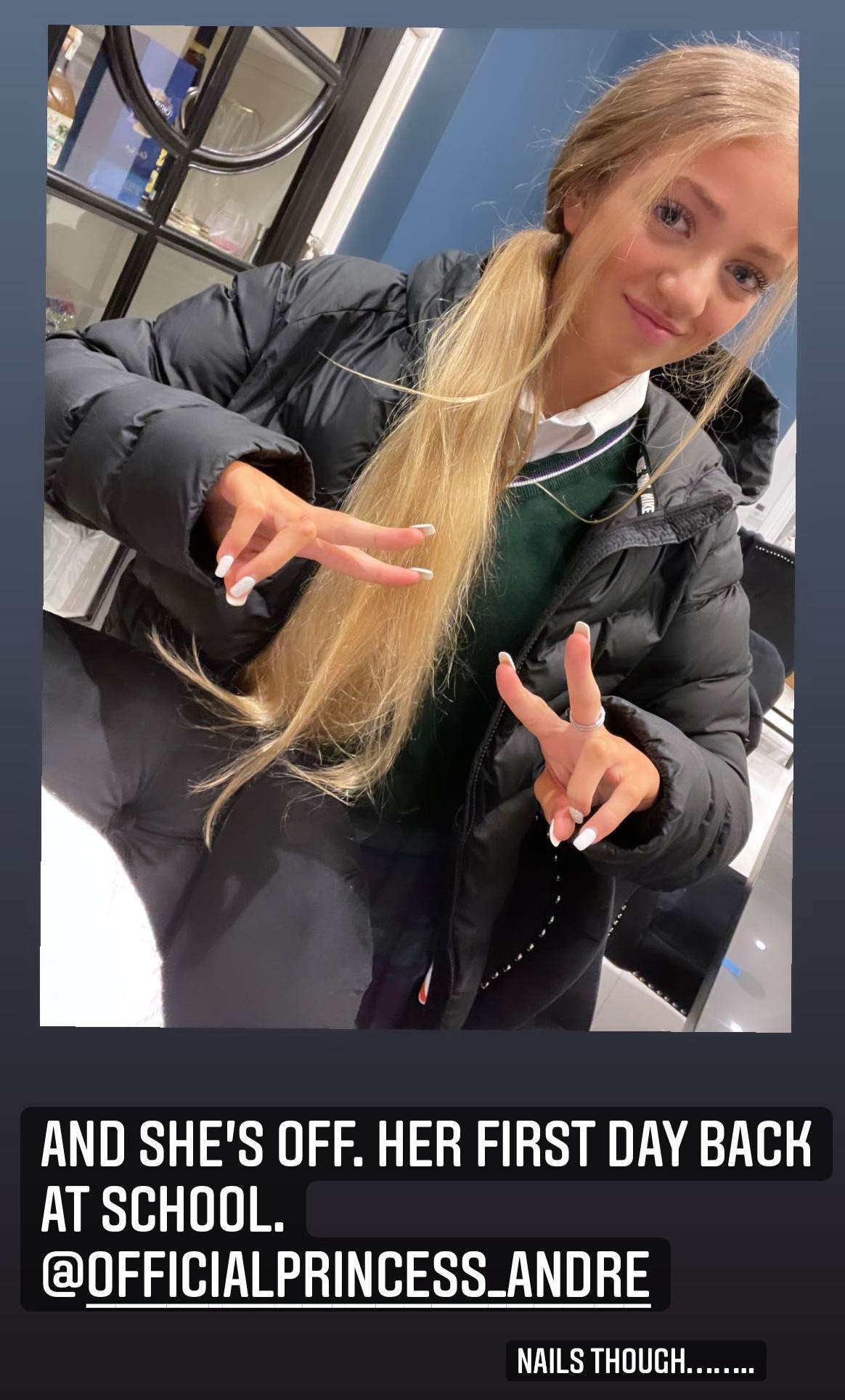 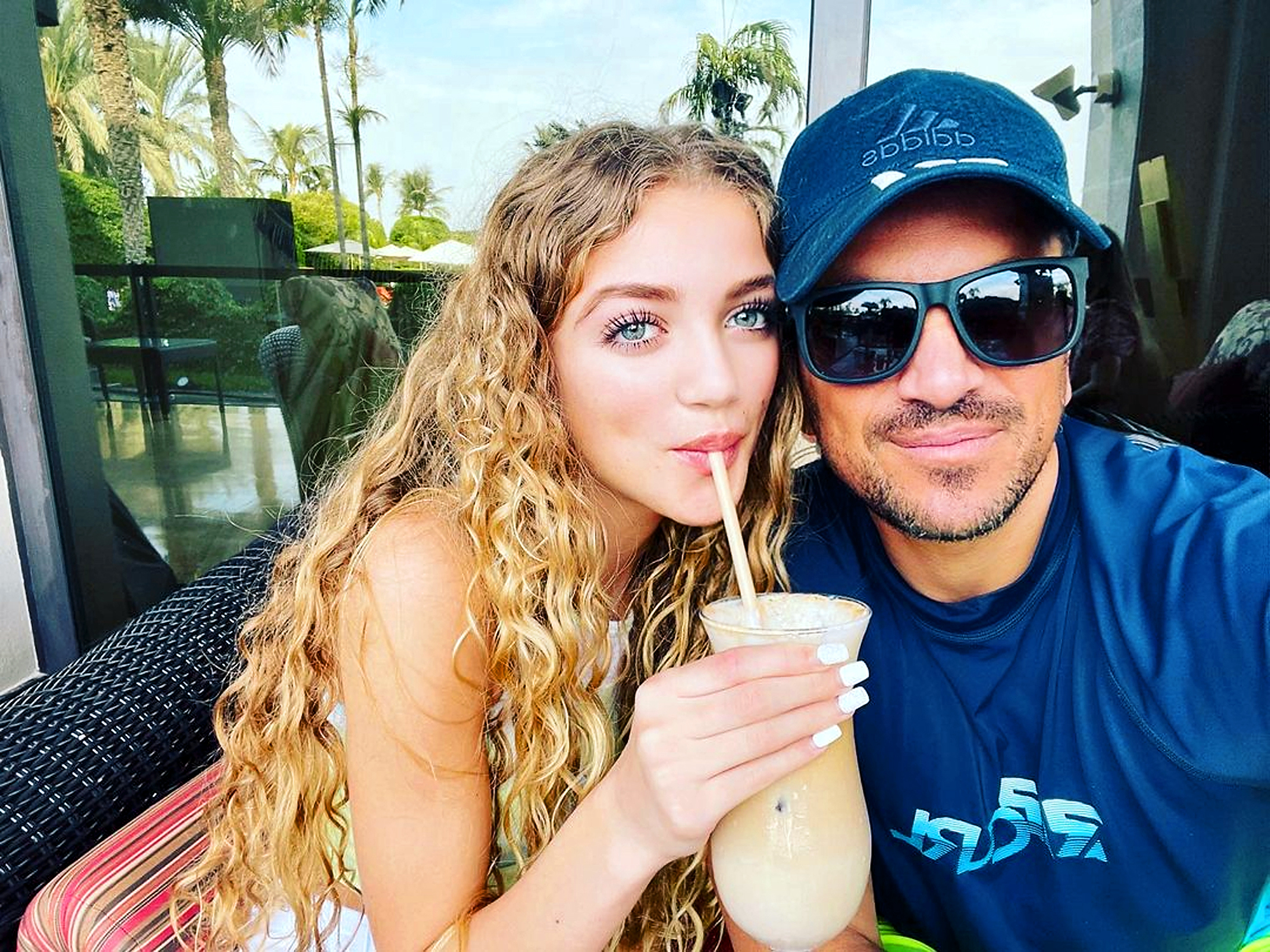 Pete, 48, took aphotograph of his teenage daughter as he dropped her off for her first day back at school after their holiday to the Middle East.

Princess – who splits her time between her singing sensation dad and former glamour model mum Katie Price – smiled wide for the photo.

She sported her school uniform and a black puffer jacket, styling her long blonde locks into a neat ponytail and keeping her face au-natural.

The teen had added a fresh set of nails to glam up her back-to-school look, which dad Pete acknowledged in the caption of the snap.

"And she's off. Her first day back to school," he wrote next to the snap, before scathing over her painted fingernails: "Nail though…"

It comes days after Pete and the family returned from their luxury holiday to Dubai over the New Year's Eve weekend, which saw them party the night away.

The singer was joined by wife Emily, 32, his son Junior, 15, and two youngest children Amelia, seven, and Theo, four, on the family getaway.

In between dining out in the best restaurants and seeing the sights, they stayed in the amazing Jumeirah Zabeel Saray, located on the Palm Jumeirah in Dubai.

The resort boasts a series of luxury suites, which have their own pool, a fully equipped kitchen and a 24 hour butler service, and cost £2,400 a night.

On the trip, Pete cosied up for a sweet photo next to daughter Princess, who sipped a mocktail with perfectly-manicured nails as she soaked up the sunshine.

She flashed a pout as she sipped the tasty looking drink, with her blonde curls falling in a loose, natural style over her shoulders and her white top.

Meanwhile Peter was expertly coordinated in a dark blue hat and top while also donning a pair of sunglasses.

Peter shares Princess and son Junior, 16, with Katie Price, with whom he split in 2009 after four years of marriage.

He uploaded the sun-soaked shot showing them posing on a balcony with the caption: "Father and daughter," and a red love heart emoji.

Princess shared photos of her own from the trip on social media, including one in front of the Burj Khalifa where fans dubbed her as looking "just like her mum".

The kids wasted no time in getting settled in Dubai and Junior headed straight to the studio alongside music producer Ayo Beatz, while Princess went to see the sights.