EMMERDALE’S Aiesha Richards was told to leave the village during a furious exchange with Priya Sharma on last night’s show – just days after actress Shila Iqbal was axed from the show for racist and homophobic tweets.

During a row, which viewers may find ironic considering her recent firing, the character was blasted by Priya for trying to steal her friends and was urged to leave. 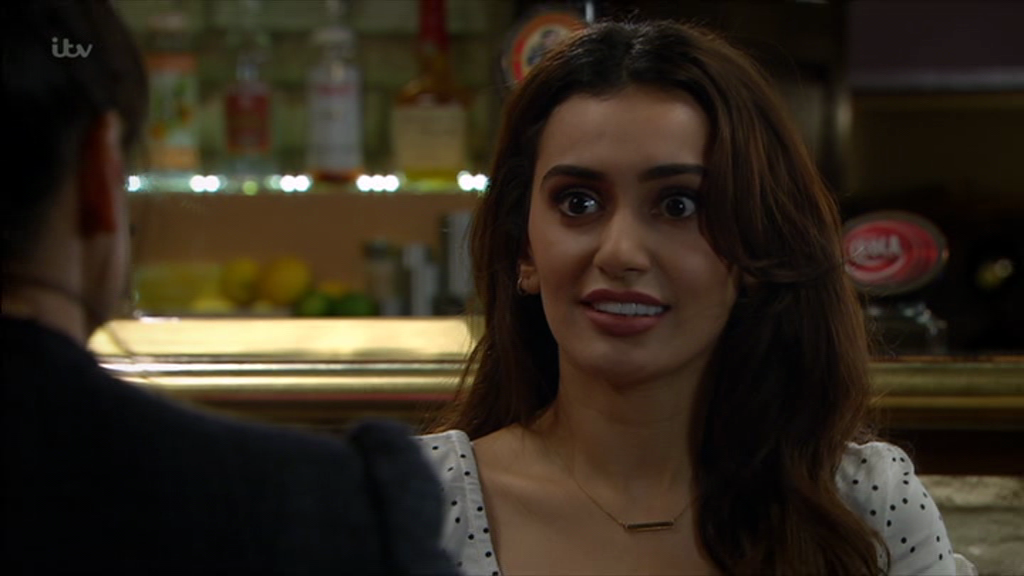 In real life Shila, 24, has been axed for repeatedly using the N-word in the online posts when she was a 19-year-old student at a college in Rochdale.

As things got heated on the soap, Priya ranted: “Will you just stop it. I'm sorry but she's blowing smoke. Can't you tell? She'll say anything. And now she's trying to steal my friends.

“Surely it not just me this finding this unbearable. The showing off, the bragging, the taking over. You should have seen the way she took over my dad's birthday.

“I am sorry that we're so boring and provincial here but some of us have responsibilities like children and jobs and we can’t all be Insta-ready 24/7. 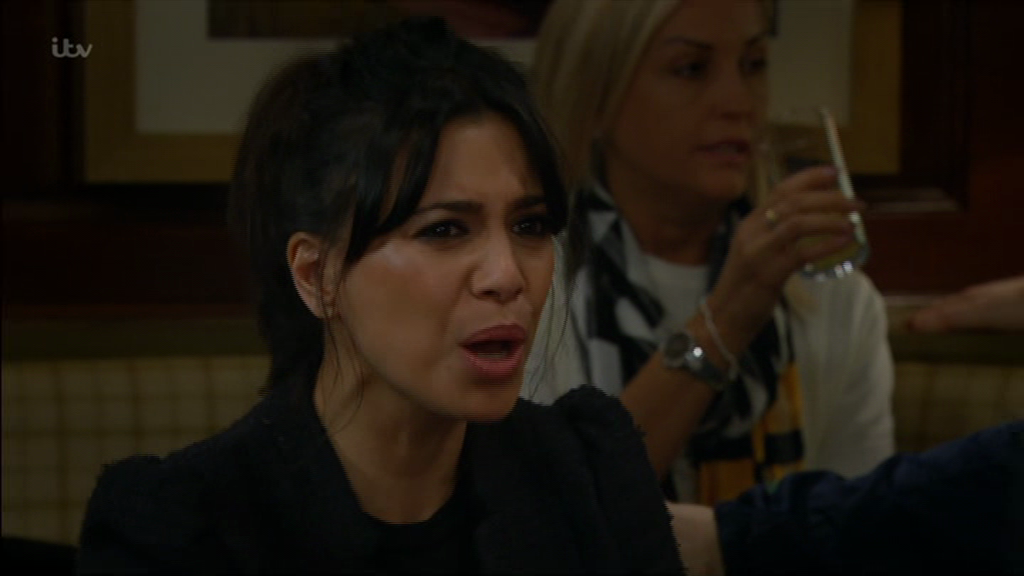 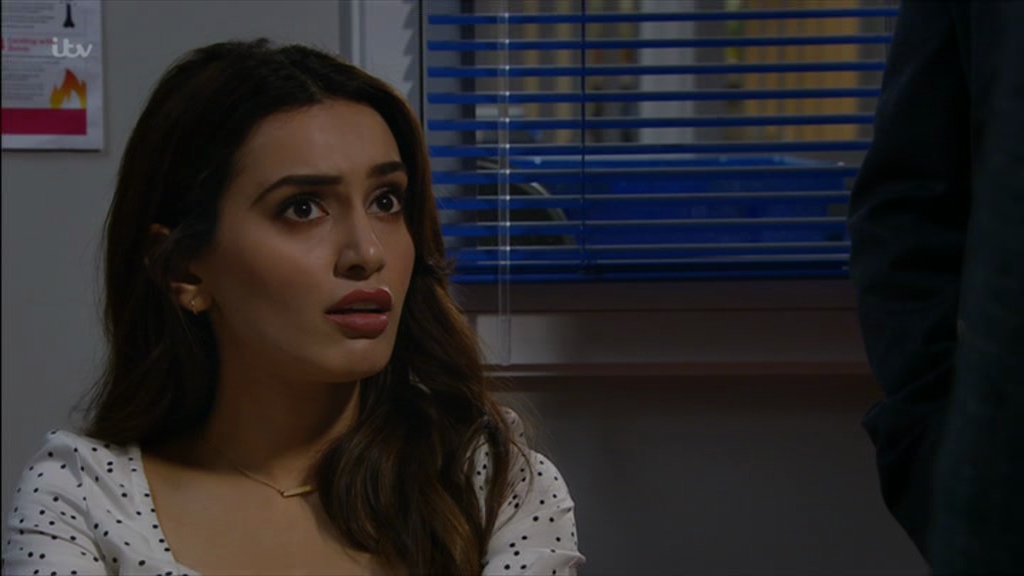 “If London was so exciting for you then why don't you just go back!”

The pair eventually made up, but it is not yet clear how the character will be written out.

The actress had just become a permanent member of the cast when shocking tweets were revealed.

The MailOnline reported one read: "Do not tweet me you gay."

Another, which show bosses saw before making the decision to axe her, read: "I know too many noisy n****s."

A representative for the show told The Sun Online: "As a consequence of historic social media posts Shila Iqbal has left her role as Aiesha Richards on Emmerdale.

"The programme took the decision not to renew her contract as soon as these posts were brought to the company's attention." 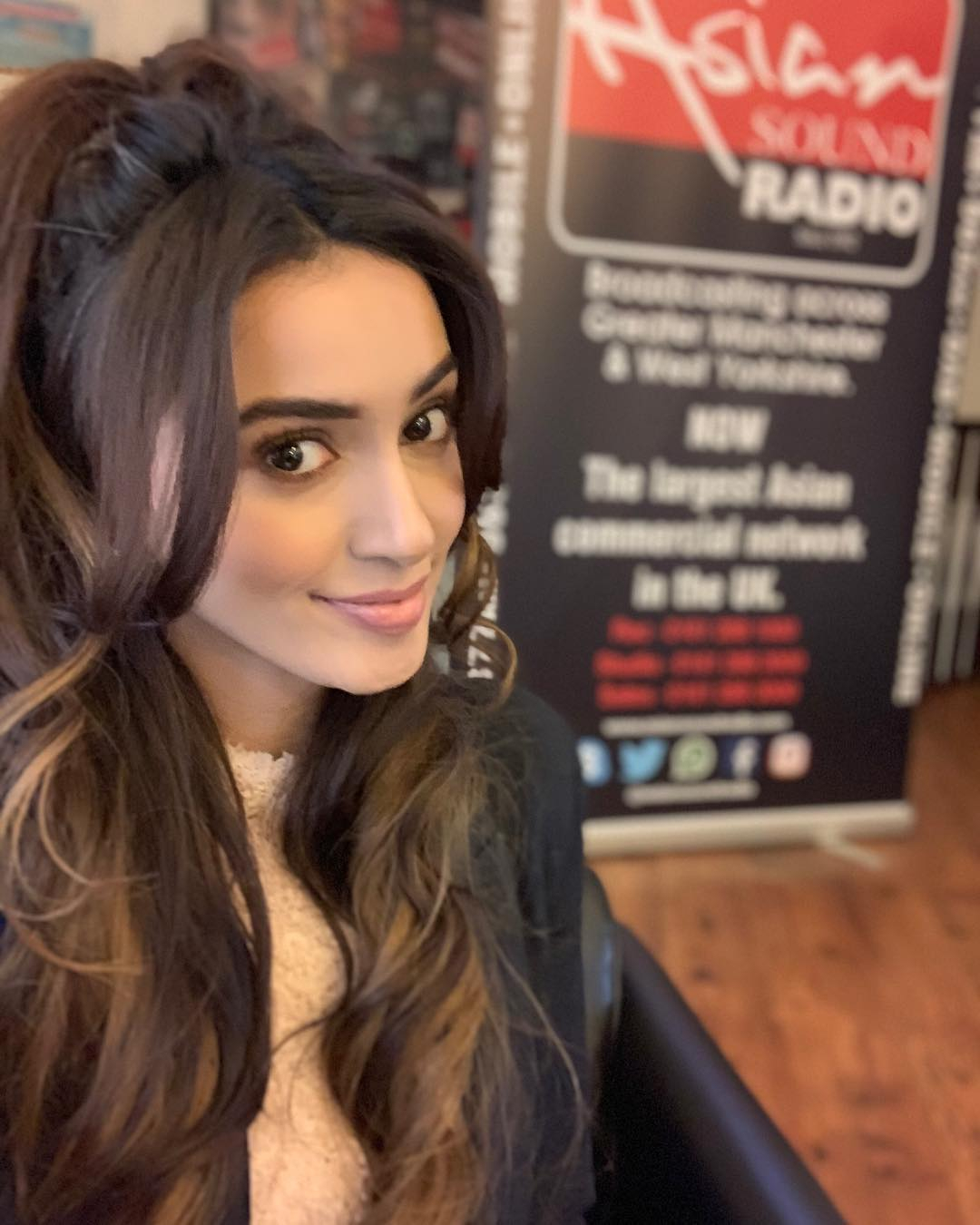 As reported by the MailOnline, the actress shared an apology soon after the tweets and her sacking emerged.

She said: "I am terribly sorry and take full responsibility for my use of such inappropriate language… I have paid the price and can no longer continue the job I loved the most at Emmerdale. "Although I was young when I made the Tweets, it was still completely wrong of me to do so and I sincerely apologise…

"The only consideration I would ask is that I have recently received hateful tweets telling me that as a Muslim my Emmerdale role means that I am ‘committing sinful acts, promoting sin and deliberately going against the Quran’…

"I regret that I too have let people down by the use of such language, albeit six years ago. I, like everyone else, have a responsibility about the language I have used on social media as well as in conversation."