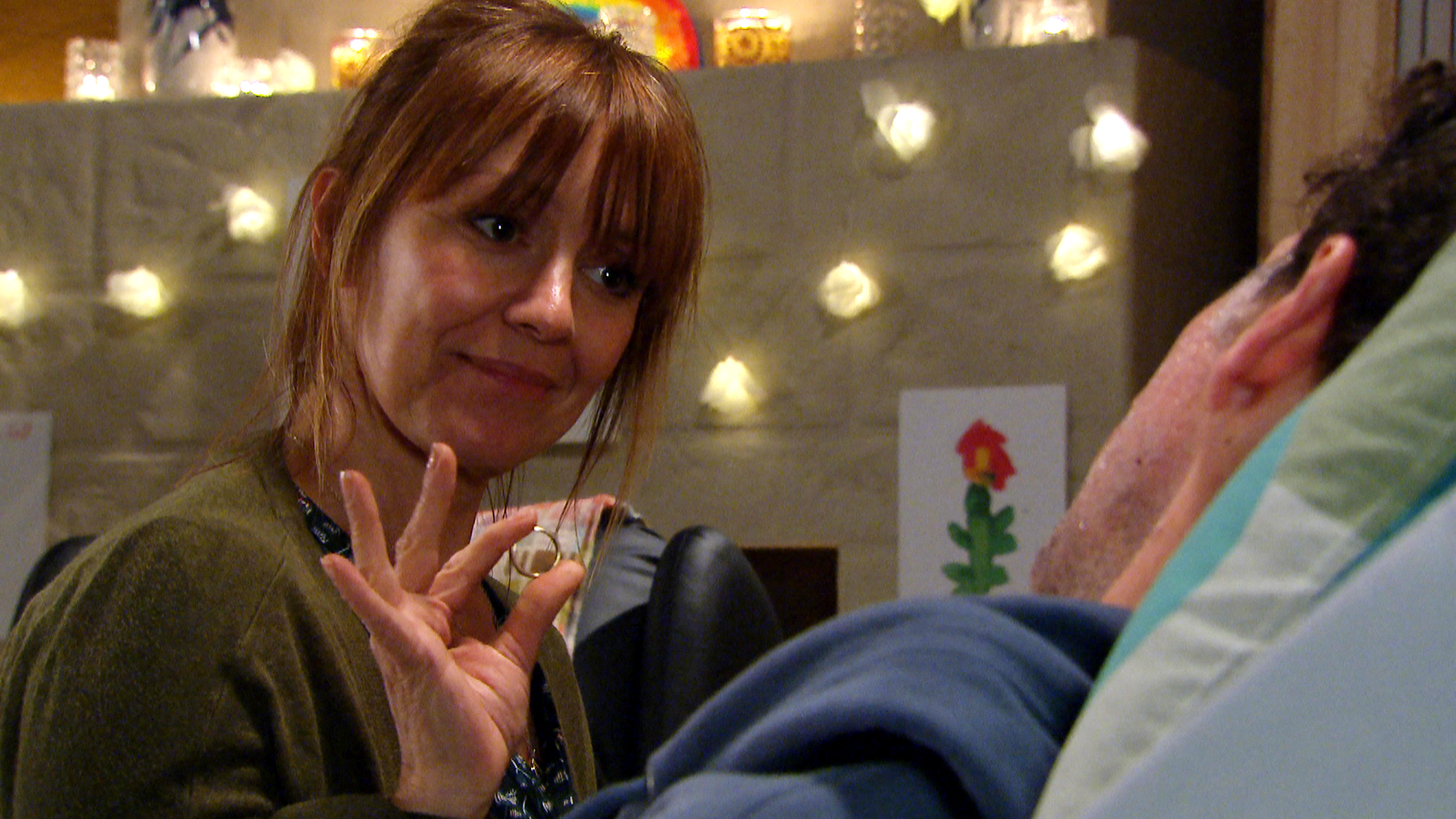 Marlon Dingle (Mark Charnock) receives a huge shock in Emmerdale next week when he wakes up to find Rhona Goskirk (Zoe Henry) with a very important question to ask him.

The couple, as viewers know, simultaneously popped the question to one another back in March, and celebrated as they became engaged.

Marlon, however, suffered a devastating stroke on the day in question.

The Woolpack chef has put his all into his recovery, hoping to return to the life he had prior to the stroke. Rhona, meanwhile, has proven incredibly supportive in the months that followed.

Marlon struggles next week, as he attempts to take his first step on a walking frame. It’s not easy, but with support from physio Kit, he succeeds!

It’s safe to say he’s delighted with his progress, as is Rhona, who plans a very special surprise for him in subsequent scenes.

Marlon awakes to a surprise proposal, as Rhona holds a ring in her finger, popping the question once more.

Just how will Marlon react?

That remains to be seen. Rhona, meanwhile, is left in shock during the week in question, as mum Mary (Louise Jameson) reveals that she is gay.

The vet questions if her entire family was built on a lie, before cruelly outing Mary to a room full of people.

Will Mary be able to forgive her?