Emmerdale: Behind the scenes on Dawn and Billy’s wedding

Lucas (played by Noah Ryan Aspinall) has been enjoying his life in the village with his mother, Dawn Taylor (Olivia Bromley) and adoptive father, Billy Fletcher (Jay Kontzle), since their ordeal at the hands of Meena Jutla (Paige Sandhu finally came to an end on Emmerdale. He recently came back into the fold when his mother and her husband were contemplating having more children but a shock twist saw Dawn discover her son had a half-sister, Clemmie Reid (Mabel Addison). As the siblings are reunited in upcoming scenes on the ITV soap, it seems they may not get off on the best footing and this could lead to life-threatening consequences for Lucas.

The drama continues next week as Dawn and Billy hope they have managed to win over the authorities to get Clemmie into their care.

It seems their efforts have paid off as the couple tells their son his half-sister is going to come and live with them.

When the social worker arrives at Home Farm to drop Clemmie off with her new family, the youngster is extremely shy and doesn’t want to leave their side.

Dawn and Billy hope things will improve as the schoolgirl settles into her new home and it isn’t long before Lucas arrives.

Lucas manages to bring his sister out of her shell and they get on well playing together but when she loses her doll, she soon gets upset. 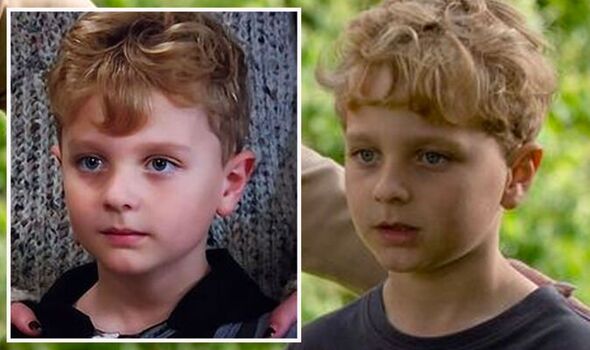 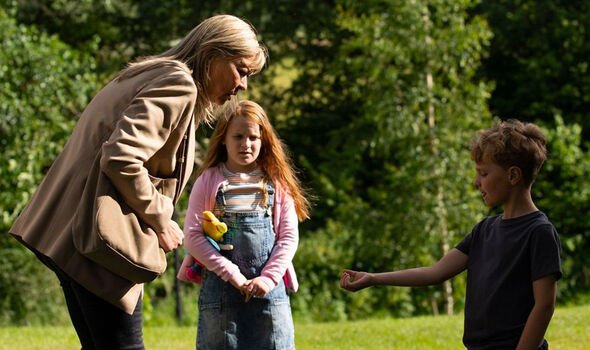 On further analysis, Dawn realises the new member of her family needs to take things slower and this process cannot be rushed.

The next day, Clemmie shows some progress but a weary Dawn seeks support from Kim Tate (Claire King), who is on hand to help.

In hopes of making things better, Kim asks Dawn if she can have the children for the day so the mother of two can get some rest.

Dawn is delighted and leaves her children in Kim’s capable hands but the situation turns tense when Lucas ends up taking Clemmie’s doll.

With Kim out of eyeshot, Clemmie turns sinister as she ends up leaving a nasty scratch on her brother’s arm. 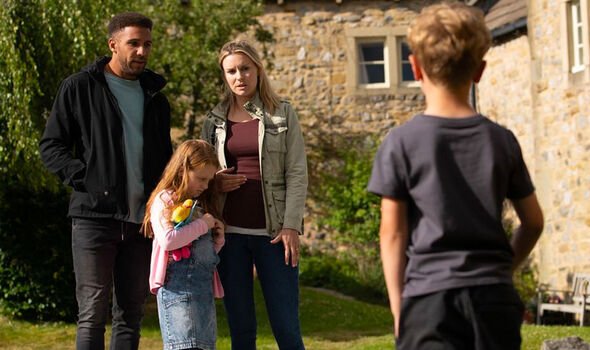 Ooh Lucas has a sister #Emmerdale

Noticing what’s happened, Kim quickly berates the young schoolgirl and Clemmie is left in tears at being told off by the businesswoman.

When Dawn and Billy arrive on the scene, it’s chaos as Lucas and Clemmie are upset for different reasons, with Kim unable to get the situation under control.

This leads Dawn to kick herself as she knew she shouldn’t have left Clemmie with a relative stranger after moving in the day before.

However, as the mother of two tries to get her head around what happened at the park, her son could take a turn for the worse.

This could be because the nasty scratch on Lucas’ arm could become infected and it could need urgent medical treatment.

It could have been some dirt that could have got into the wound and his body was unable to fight the infection which started to work its way through his body.

This could result in the youngster getting a severe case of sepsis, with the blood in his body becoming poisoned by the infection.

Dawn and Billy could be left waiting days to hear what has happened to their son as he is given treatment to fight the sepsis.

However, the injury on his arm which was the origin of the infection may be too damaged to treat.

Therefore, the couple could be told Lucas will need an arm amputation as he will no longer feel anything in this part of his body.

Dawn would be devastated to learn such a horrific tragedy occurred because of the tension bubbling over between Lucas and Clemmie.

The mother of two could be forced to make a heartbreaking decision as she could think Clemmie will have to go back to the social workers.

Although she doesn’t want to do it, Dawn might believe she cannot risk her son being put in any more danger by the young girl.

Could it be Clemmie will be betrayed as the family she thought she had is ripped away from her?

Taking to Twitter, fans of the show have been sharing their thoughts on the twist that Lucas and Clemmie are brother and sister.

Dion wrote: “Ooh Lucas has a sister #Emmerdale,” with Eli posting: “How very convenient for Dawn that Lucas and Clemmie are half-siblings #emmerdale.”

Matthew added: “Harriet to Dawn two weeks ago ‘She doesn’t belong to you.’ Writers ‘She does now she has the same father as Lucas!’ #Emmerdale @memesEmmerdale @penniless_poet @sofaneilas.”

Will this story have a positive ending or is there more heartache on the horizon for the Taylor family?

Emmerdale airs weekdays at 7:30pm on ITV, with an hour-long episode airing on Thursdays.