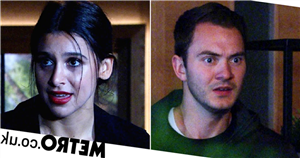 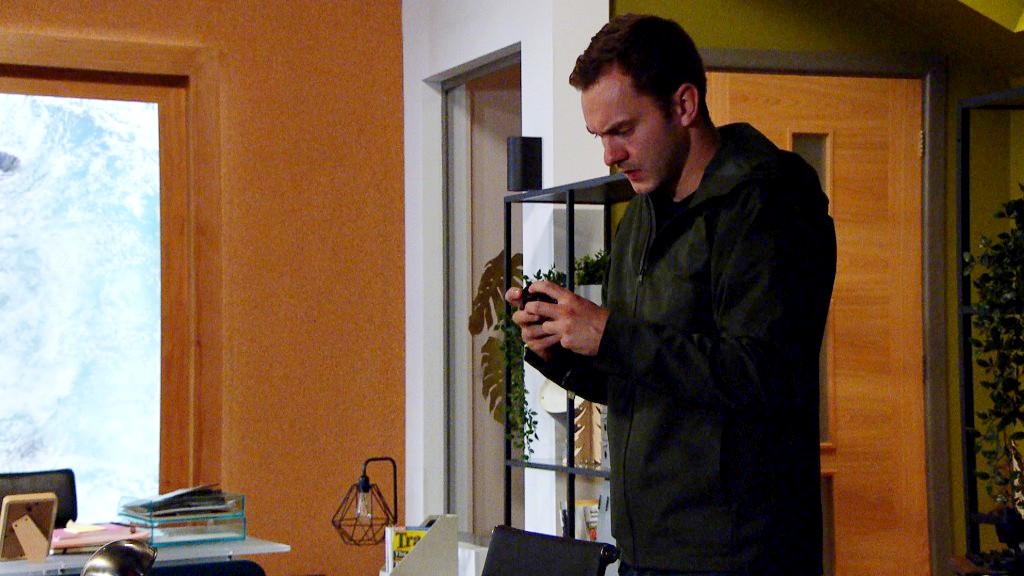 Yes, in a surprising twist, at the end of the soap’s deadly week, viewers watched body camera footage play of Meena trying and failing to kill Vic.

Soon, the footage comes back to haunt Meena as Ben nears a step closer to finding out the character’s murderous and very disturbing side.

As a confrontation between Ben and Meena occurs, it’s Liv’s (Isobel Steele) drunken actions at The Hide a few hours earlier that causes Meena to slip and fall on some broken wine bottles.

Ben freezes as Meena hits the floor hard and in the moment where Ben decides whether to call an ambulance or not, everything changes as Simon Tucker explains:

‘He’s an all-round good person that likes to do the right thing and suddenly we’re in a moment where he could absolutely do the wrong thing and it’s whether he leads with those impulses. The whole night is a build-up of altercation and argument and frustration and physical wrestling a lot of the time and it leads to that moment of sink or swim. He knows now that Meena is a threat and things have started to make sense in terms of other people that have been hurt, there’s a really clever moment where Meena talks about the fact that people hurt people and it’s things that they have in common and I think that’s the moment where Ben really goes oh, he’s in it now and the only way out is to fight his way out.’

‘There is a switch within the relationship of Ben and Meena’, Simon continued, discussing the intense showdown between the two characters.

‘They’re chatting and talking about the piece of evidence that she’s heard about from Ben’s conversation with Billy, and still as they’re talking about it there’s no suspicion within there until Meena begins to belittle Ben verbally and questions his intelligence to the point where there’s a mutual acknowledgement within the look between them that “right, this might go South”. They get into a bit of a scuffle over the evidence and Ben gets away luckily, but Meena gives chase and as they are in pursuit of one another, Meena falls in The Hide amongst all the residue of alcohol that’s been left by Liv smashing everything up and she hits the floor hard.

‘It is that moment of Ben being left between a rock and a hard place of does he help her, does he go, does he run and speak to people, does he ring an ambulance and we’re sort of left in that moment of conflict and what is best to do next.’