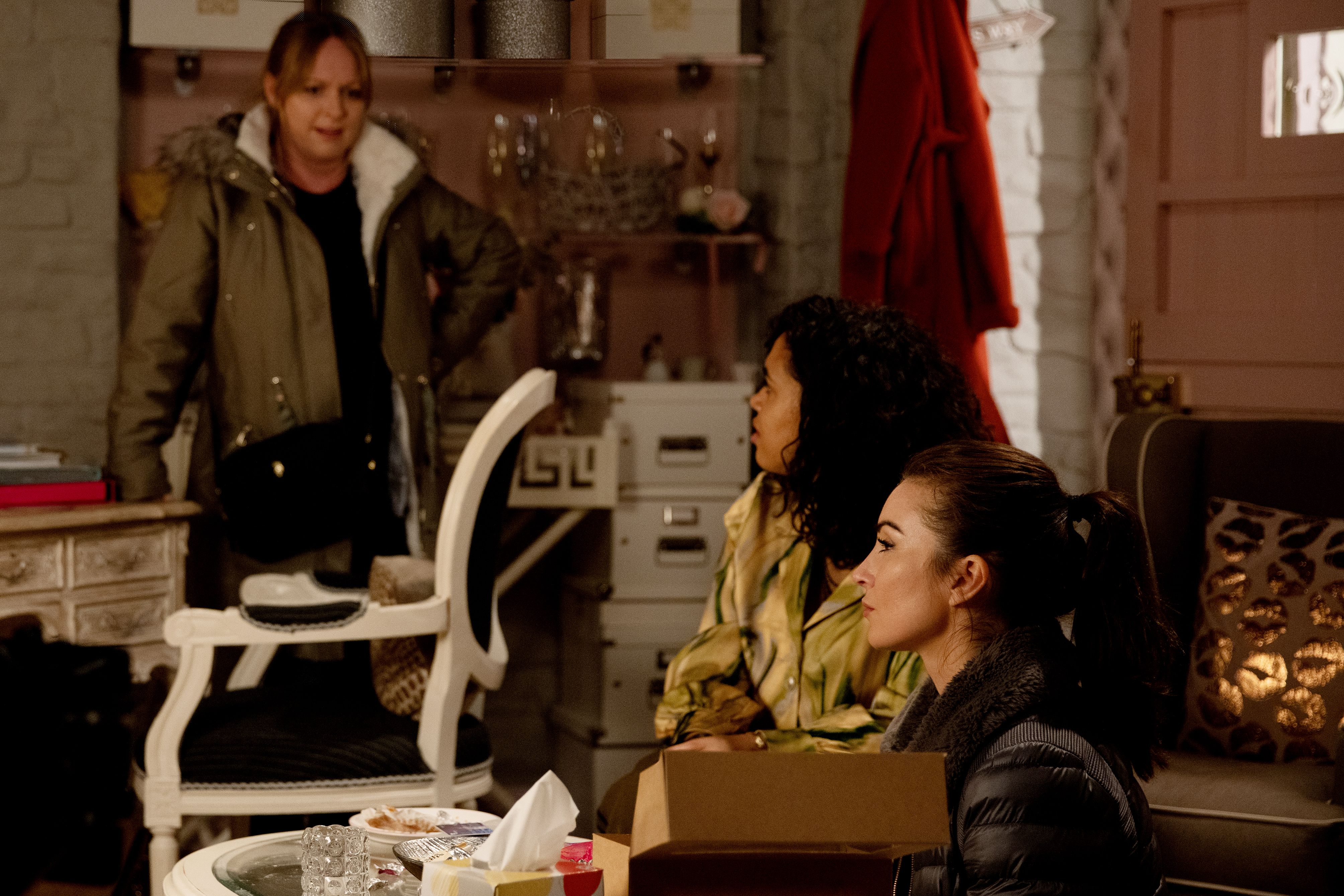 There’s a tearful farewell coming up as Vanessa Woodfield (Michelle Hardwick) leaves Emmerdale for a new job in Canada – but is it also the end of her and Suzy (Martelle Edinborough)’s relationship, too?

Vanessa makes the decision to accept the job in Canada after a heated argument with Rhona (Zoe Henry) following Rhona’s decision to buy out Jamie Tate’s share of the vet’s on terms which Vanessa feels are far too favourable for Kim (Claire King).

Decision made, Vanessa’s thoughts turn to her future with Suzy, who is nowhere to be found.

Trying to suppress her anxiety that Suzy may have gone back to her partying ways, Vanessa is shocked to discover that she appears to have done just that. She finds her with her old drug buddy Leyla (Roxy Shahidi), giggling among a mass of cake, tissue and tears.

Vanessa jumps to the conclusion that the two women are back using drugs again and she feels hugely betrayed, refusing to listen as Suzy tries to explain.

It’s only when Leyla proves that she and Suzy were entirely sober that Vanessa realises she’s made a huge mistake.

But it looks like it’s too late, as she and Suzy sadly acknowledge that their relationship is over.

As Vanessa prepares to leave the village with Johnny, everyone joins her for a farewell party – with one noticeable absence. Vanessa bursts into tears at the realisation that Suzy won’t be joining her.

Among tears and emotional goodbyes, Vanessa and Johnny get into a taxi, ready to head off for their new life.